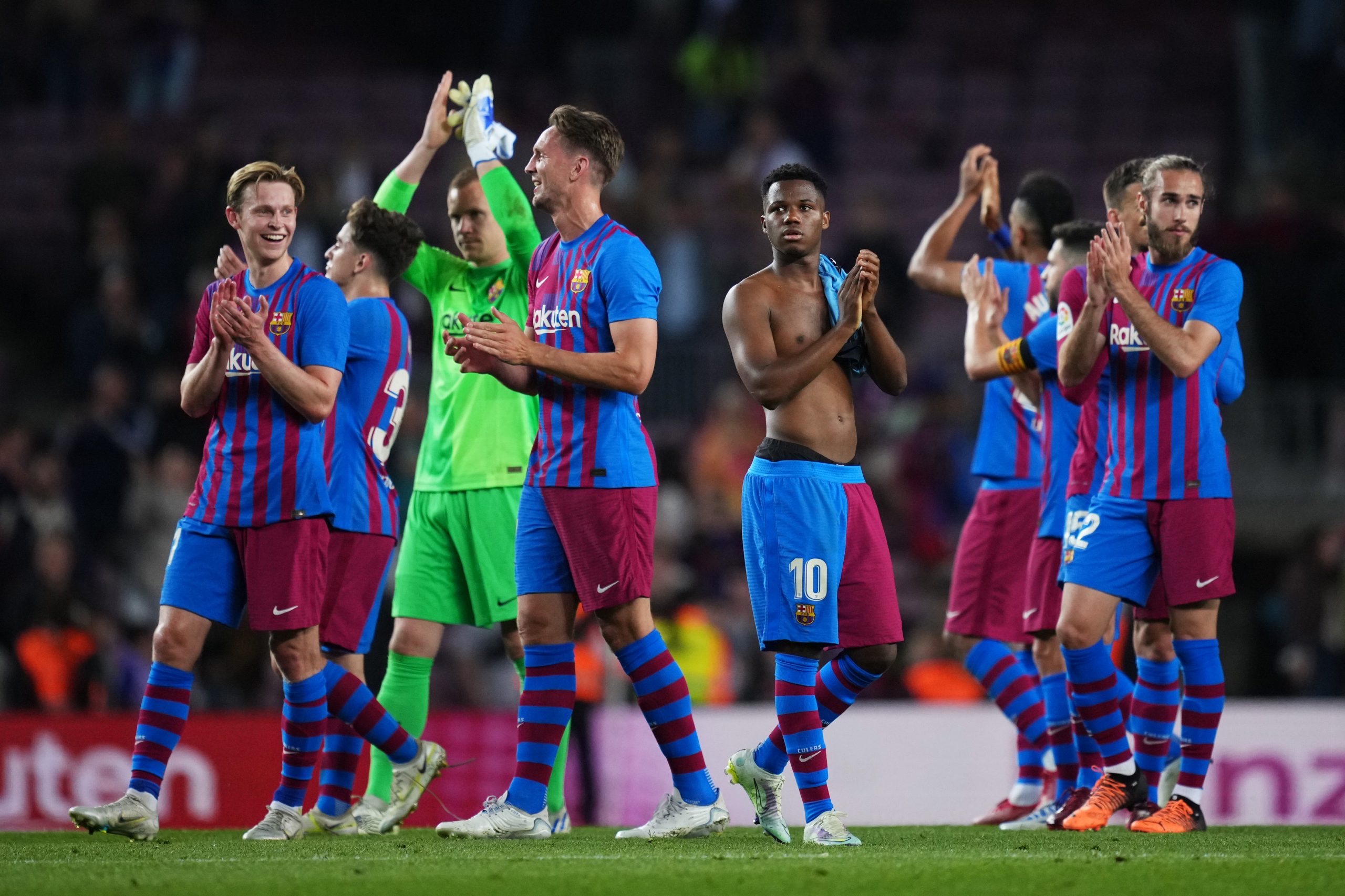 July 1st marks the first day of the 2022/23 season as the transfer window officially opens in La Liga. Barcelona closed the deal to sell 10% of their television rights to Sixth Street yesterday, officially closing the season with profits of over €250 million.

While they have registered financial gains on paper, Barça are still not in a position to make any big-money transfers. At least, before closing exits.

Ahead of the next season, Barcelona have nearly 30 players in the squad, including both senior team members and youth team members who are expected to participate with the senior team.

With Franck Kessie ad Andreas ChristensenBarça Universal takes you through each player’s status in the team, and where their future lies at the moment.

NETO: Currently Barcelona’s second-choice goalkeeper, Neto, is definitely looking at the exit door. He has tried to force his transfer from the club on a few occasions to no avail, but might finally be heading out.

OSCAR MINGUEZA: Mingueza is not short of suitors, and reports have indicated that he has offers from Spain, Italy and England. He is expected to decide his future in the coming days.

CLEMENT LENGLET: Lenglet is closing on a move to Tottenham Hotspur on loan, with Antonio Conte pushing for the move. Spurs will pay a majority of his salary, and the move is expected to carry an option to purchase.

SAMUEL UMTITI: Barcelona fans could very well see the last of Umtiti this summer, as he is looking at the exit door. Rennes are said to be interested in his services, but any move is too early to call right now.

MIRALEM PJANIC: Pjanic has just returned from a loan from Besiktas, but will not be staying at Barcelona. Both parties are interested to part ways, but a loan looks more likely than a permanent transfer.

RIQUI PUIG: The fan-favourite La Masia midfielder is finally ready to move away from the Camp Nou this summer, with Benfica and Celta Vigo interested in his services.

FRENKIE DE JONG: Oddly enough, starboy de Jong finds himself in this list owing simply to his market value. Barcelona want to bring in money through player sales, and could seal his move away to Manchester United for €65 + €20 million in the coming days.

REY MANAJ: Manaj returned from an unsuccessful loan spell this month, but Getafe are interested in bringing him in, along with Watford.

FRANCISCO TRINCAO: Much like Manaj, Trincao did not have an ideal loan tenure at Wolverhampton Wanderers, and returns to a lot of interest from Sporting CP. The move is said to be complicated as it stands, though.

MARTIN BRAITHWAITE: Braithwaite played just four games all season, of which just 26 minutes were under Xavi. Despite not being in the manager’s plans for the next season, the Dane is not ready to move, at least until a club can match his current salary.

Celta Vigo and Valencia are interested in loaning the player for one season, though.

MEMPHIS DEPAY: Memphis’ future at Barcelona depends on other players more than himself. Should Robert Lewandowski move to the club, the Dutchman could be headed to the exit door. If not, he might end up getting a contract extension.

EZ ABDE: There is very little clarity on Abde’s situation. Xavi is thought to be a fan of the player but he will have no place in the team if Barcelona purchase Raphinha and renew Ousmane Dembele. Villarreal are ready to table a €8 million offer for him.

ROBERT LEWANDOWSKI: Bayern Munich star Lewandowski is Barcelona’s primary transfer target. His price tag is set at €50 million in fixed fees, and the Bavarians have already rejected three offers from Joan Laporta’s side.

JULES KOUNDE: Barcelona want to bring in Jules Kounde to stack their central defence alongside Ronald Araujo. The player is expected to cost a sum upwards of €60 million and is also on Chelsea’s radar.

BERNARDO SILVA: The biggest if of the three, Bernardo will only leave Manchester City if Barcelona can offload de Jong to United. Even then, the transfer will be difficult as the Portuguese midfielder will cost nearly €100 million.

MARCOS ALONSO: Xavi wants to sign Chelsea left-back Alonso to add depth to the left-back position, but his transfer will not be easy. The Spaniard wants to return to La Liga, but Blues will not make the move easy as they could effectively lose four defenders in one window.

CESAR AZPILICUETA: Azpilicueta’s move to Barcelona was thought to be straightforward for the most part, but after his automatic extension was triggered, it is anything but. He is Xavi’s top priority for the right-back role but could now cost nearly €5-11 million.

RAPHINHA: One of the biggest dramas of the transfer market this summer, Raphinha is a wanted man. Chelsea have agreed a deal with Leeds United in principle to sell him for €70 million, but the player wants to move to Barcelona.

The Catalans are ready to match Chelsea’s bid, according to reports, but will likely take some time.