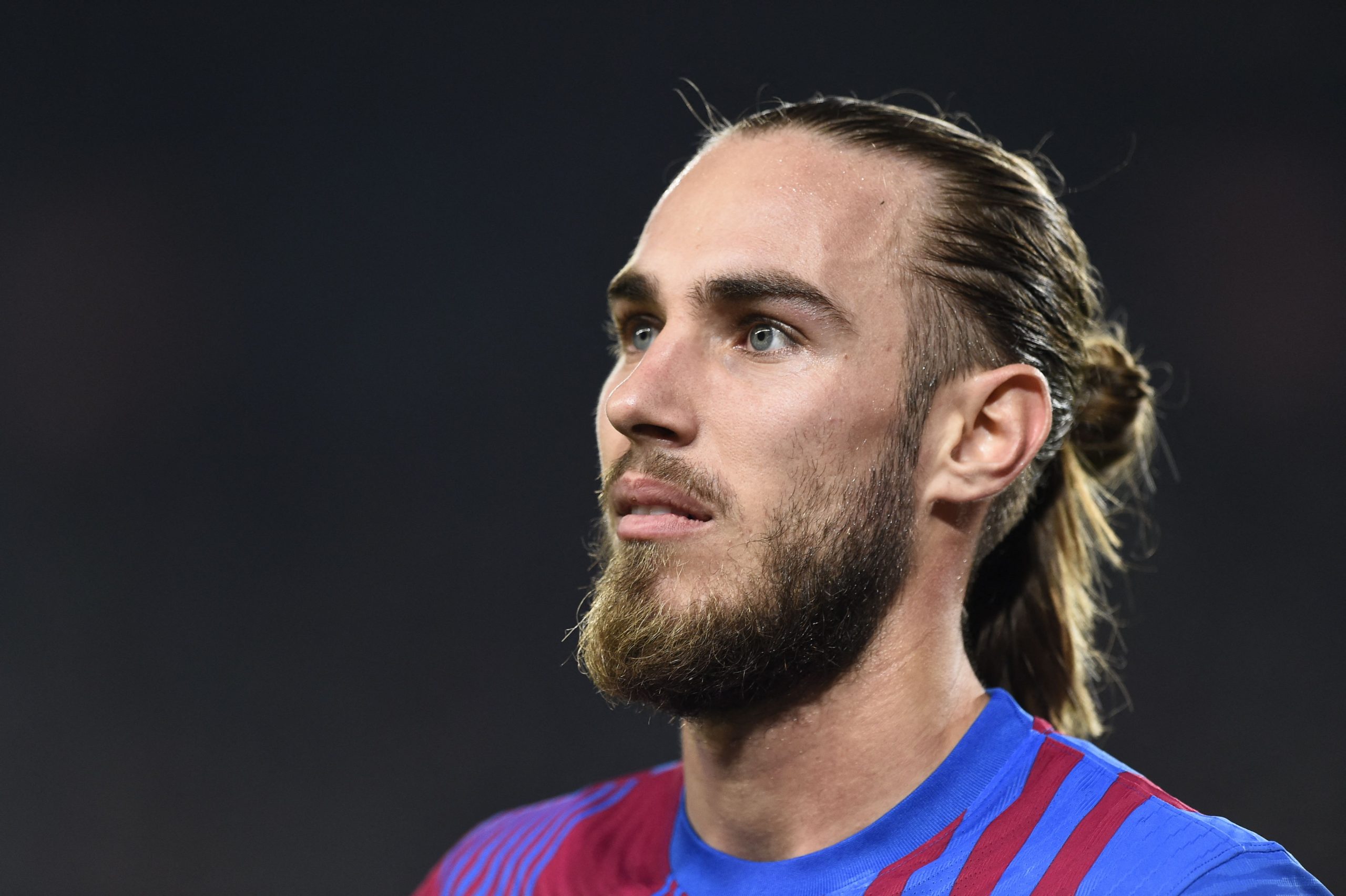 Barcelona have transfer listed a bunch of players from their squad ahead of next season, including the likes of Riqui Puig, Clement Lenglet, Samuel Umtiti, Martin Braithwaite, Rey Manaj, Miralem Pjanic, and Oscar Mingueza.

While most of these players will struggle to find a new club for the 2022/23 season, Mingueza is not short of offers. He is yet to make a decision about his new club, but has offers from Premier League, Serie A, and La Liga, according to a report from Santi Ovalle on Que T’hi Jugues.

Mingueza was given a chance in the first team by Ronald Koeman during the 2020/21 season, and covered the centre-back and right-back role very well. He was eventually given a first-team number, but his chances became minimal under Xavi.

The Spaniard only clocked 19 appearances in the league across the season, and was often the subject of criticism from fans.

Despite that, Mingueza is no short of suitors, presumably because of his versatility. Earlier it was reported that upto five Spanish clubs were interested in signing him, namely, RCD Mallorca, Celta Vigo, Elche CF, Getafe and Valencia.

Barcelona demand around €5-7 million for Mingueza, which, while nominal, can go a long way for a club in deep financial trouble.