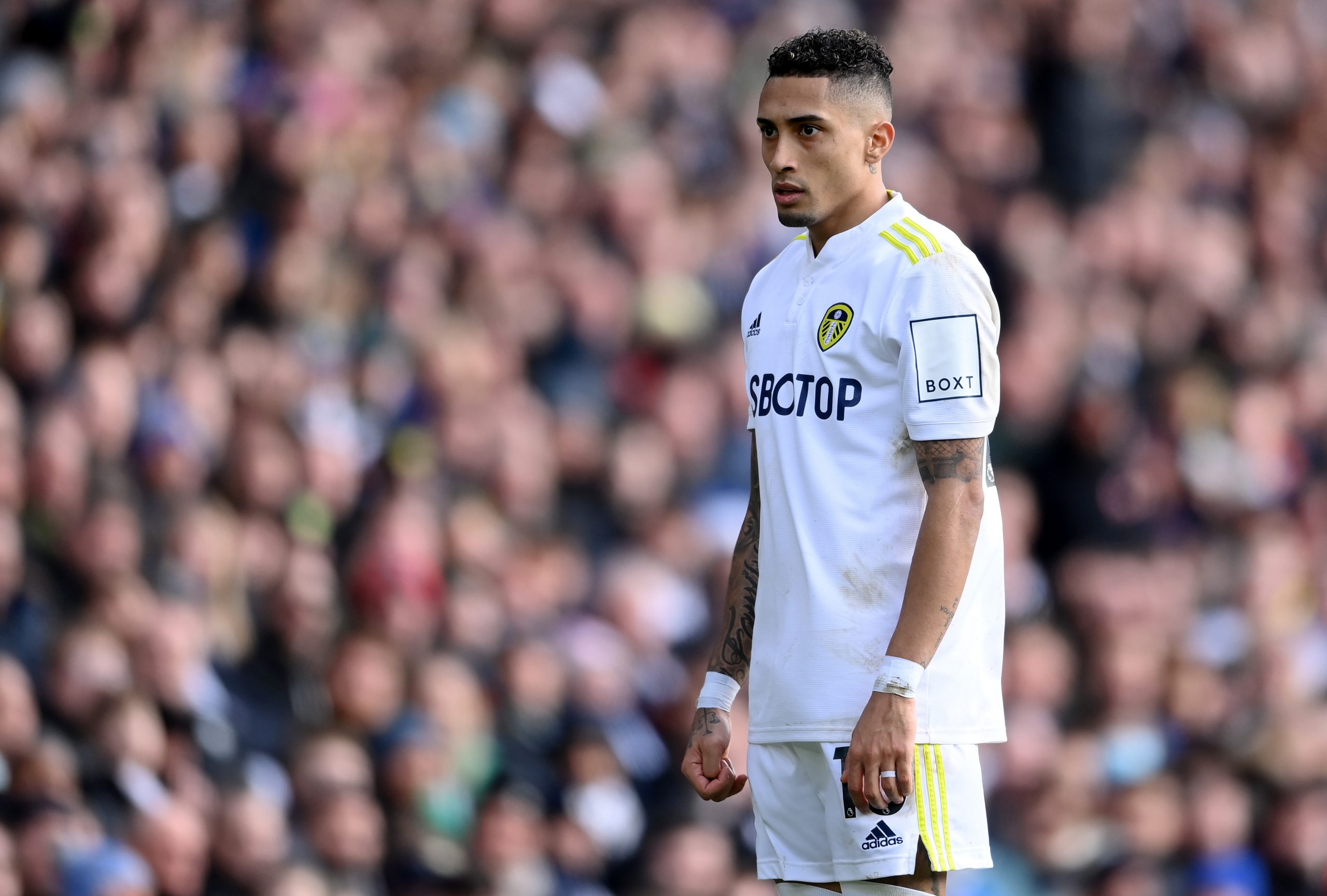 The transfer tug of war for the signing of Leeds United star Raphinha continues between Chelsea and Barcelona.

Chelsea have already had an offer accepted for the 25-year-old winger by Leeds United, but they are facing problems with agreeing personal terms with the winger, who already has reached an agreement with Barcelona for almost four months.

Indeed, as GOAL Brazil reports, Raphinha initially showed an indication that he could open talks with Chelsea but has since backtracked and is waiting for Barcelona to make their move in the market.

The Blaugrana, for their part, have lodged a late offer with Leeds for the 25-year-old. However, as per the report, it is lower than the £55 million figure that Chelsea have offered, which has meant the Whites are reluctant to accept it.

But, Barça are trying to force the Yorkshire-based outfit to accept their bid citing the agreement that they already have with the player over a contract. Raphinha’s agent, Deco, was in Catalonia earlier this week, as he continues to mediate negotiations between the two clubs.

Leeds continue to want to sell Raphinha to Chelsea, but the player is pushing for a move to Barcelona, leading to a standoff between the two parties.

As per the report, the former Rennes star and his camp are now pushing Leeds to accept the Blaugrana’s proposal despite it being lower than what Chelsea have offered.

Reports have indicated that a fresh offer could be made by the Catalans which could take them closer to the valuation that Leeds have placed on their star attacker. It will be interesting to see if that bid unlocks the situation and clears the way for Raphinha to join Barcelona.

The 25-year-old is contracted with Leeds until 2024 and has already turned down an extension proposal from the Premier League club. An exit from Elland Road seems written in stone for the Brazilian this summer.

But with the player and the club pulling in different directions, it will be interesting to see whose will proves to be stronger.