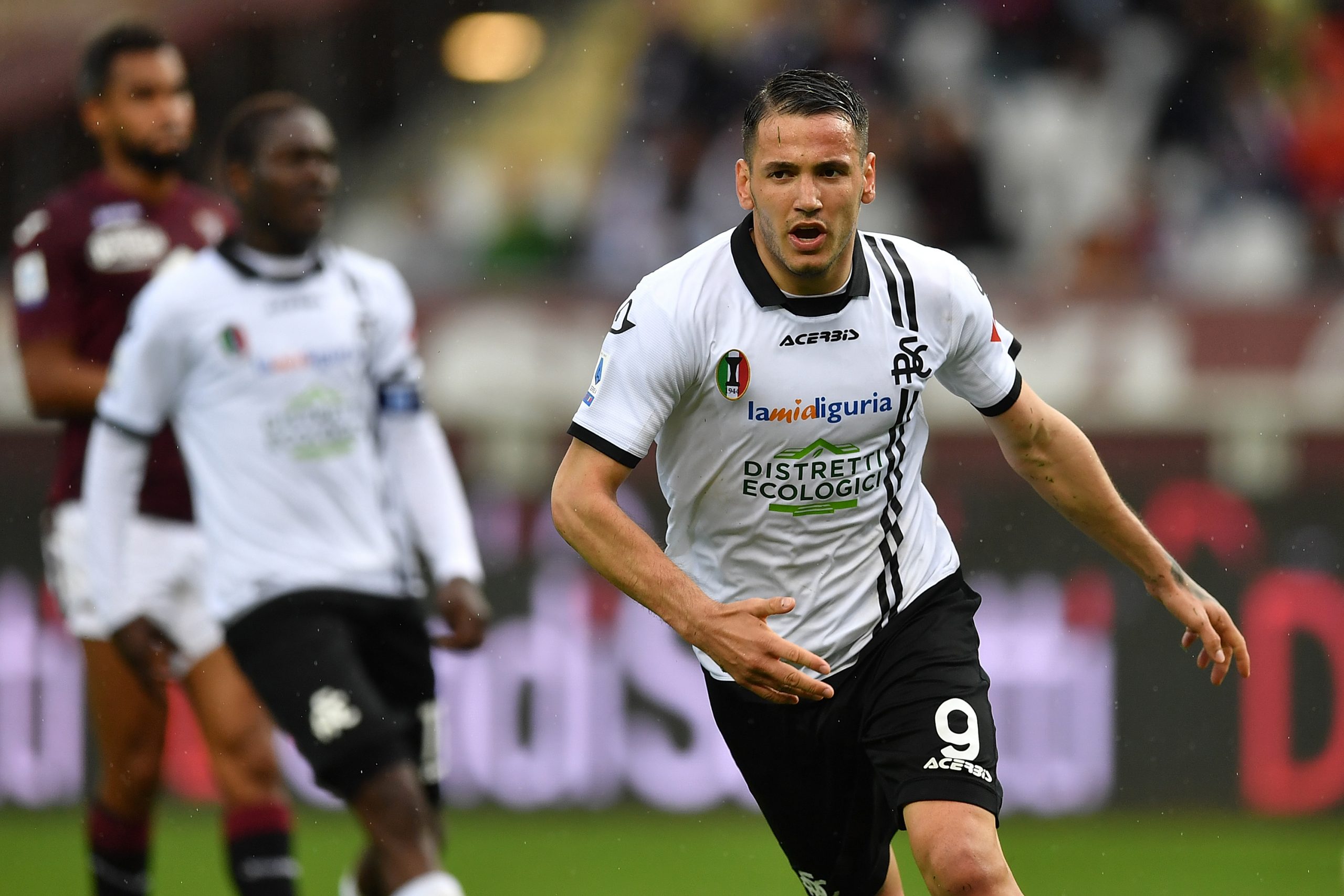 Today is the last day of the 2021/22 season and Barcelona are working hard to close several deals in an attempt to end the season with profits.

After officially announcing the sale of 10% of their TV rights today for €207.5 million, the next priority is to sell players to make room in the squad. This includes the several players that are returning from loan, like Francisco Trincao, Miralem Pjanic, and the now-forgotten Rey Manaj.

Gianluca Di Marzio reports that Barcelona are in advanced negotiations with Getafe to sell Manaj. They could complete the signing in the coming days, but the report does not mention if it would be on loan or a permanent move. Watford are also keeping tabs on his situation.

Manaj spent the 2021/22 season on loan at Spezia, who paid €500 thousand to Barcelona to secure this loan move, and had the option to buy him for €4 million.

However, his loan stint was far from ideal as he ended the season with five goals in 30 appearances across the Serie A campaign.

While Manaj is not on high wages, offloading him on a permanent transfer would help bring in a few million that could go a long way for Barcelona, especially this early in the transfer window.

Recent reports stated that Manaj wants to impress Xavi and continue with Barcelona, but that is highly unlikely, especially since the club is chasing after Robert Lewandowski, who will join Pierre-Emerick Aubameyang as the first-choice strikers.