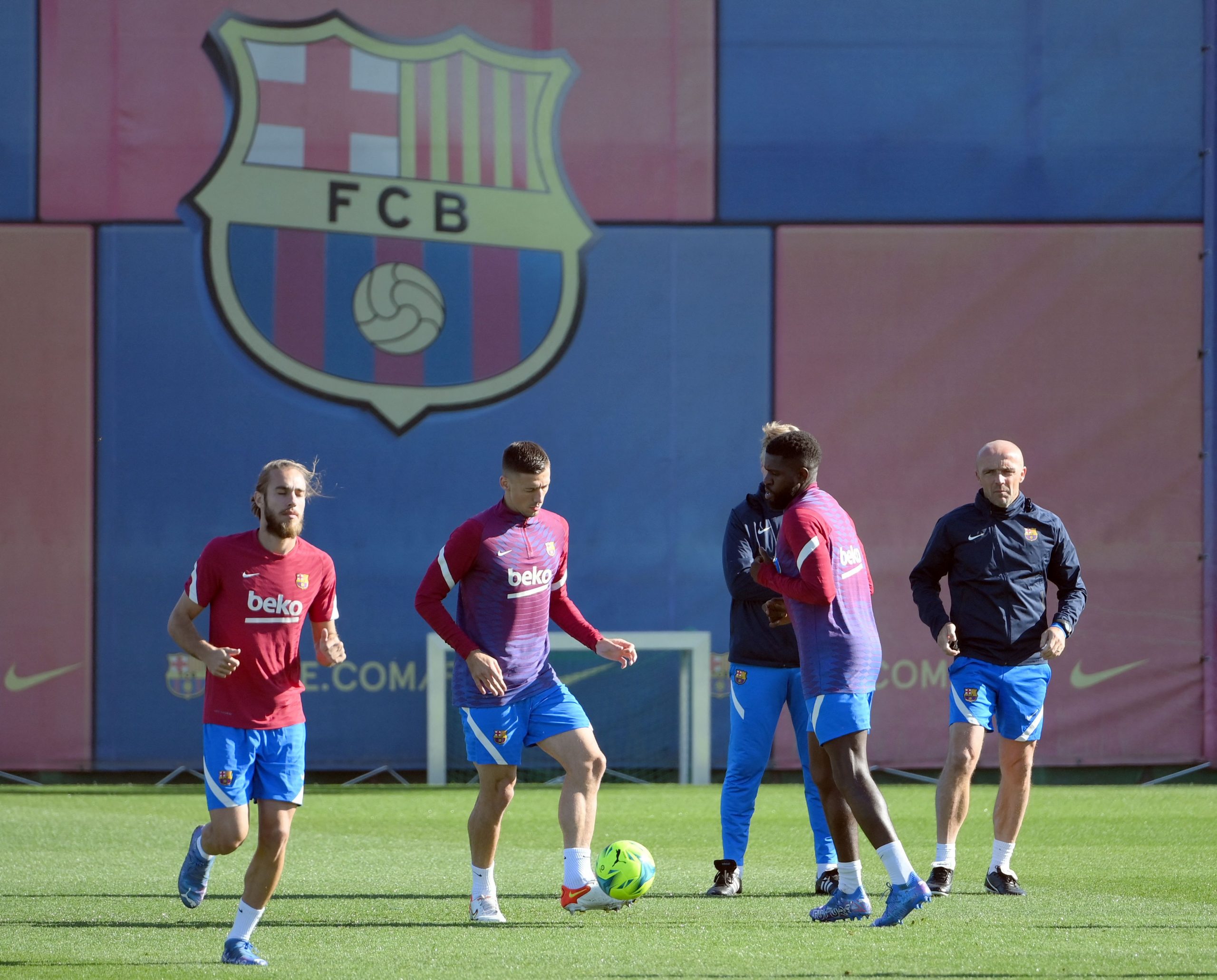 Barcelona will begin their pre-season camp ahead of the 2022/23 campaign on Monday, July 4, as manager Xavi Hernandez gets set to take a closer look at his squad and prepare his players for the new season.

The manager will have some tough decisions to make with regard to the futures of some players who are unwanted at the club.

And, as reported Mundo Deportivo, Xavi has already made a decision over the futures of four players, as he has informed Samuel Umtiti, Oscar Mingueza, Riqui Puig and Martin Braithwaite not to turn up for the pre-season.

It is no secret that Umtiti is not in the manager’s plans and the Frenchman has already been informed to find a new club. The injury-prone defender is attracting interest from clubs in France and Italy and an exit looms large this summer, with the club asking him not to come for pre-season.

Mingueza has fallen down the pecking order at Camp Nou as well, having failed to convince manager Xavi of his abilities. The La Masia graduate is another player who has already been told that he does not feature in the plans and is now unlikely to join the pre-season camp either.

Mingueza’s fellow La Masia product, Riqui Puig, is another player who is on the chopping blocks. The midfielder is way down the preference order at the club and has no chance of playing regularly if he stays at Camp Nou. A departure would be the best move for all parties involved.

The trio of Umtiti, Mingueza and Puig was pencilled to join the pre-season camp on the coming Monday. But they have now been informed not to turn up for the camp and sort out their futures.

The same applies to out-of-favour striker Martin Braithwaite, with the only difference being that the Dane was supposed to join the pre-season training on July 11 after having featured in the international matches earlier this month.

The forward has been reluctant to leave Barça and has stated that he wishes to continue at Camp Nou. But Xavi informing him not to join the pre-season could force the ex-Middlesbrough ace to consider his options.