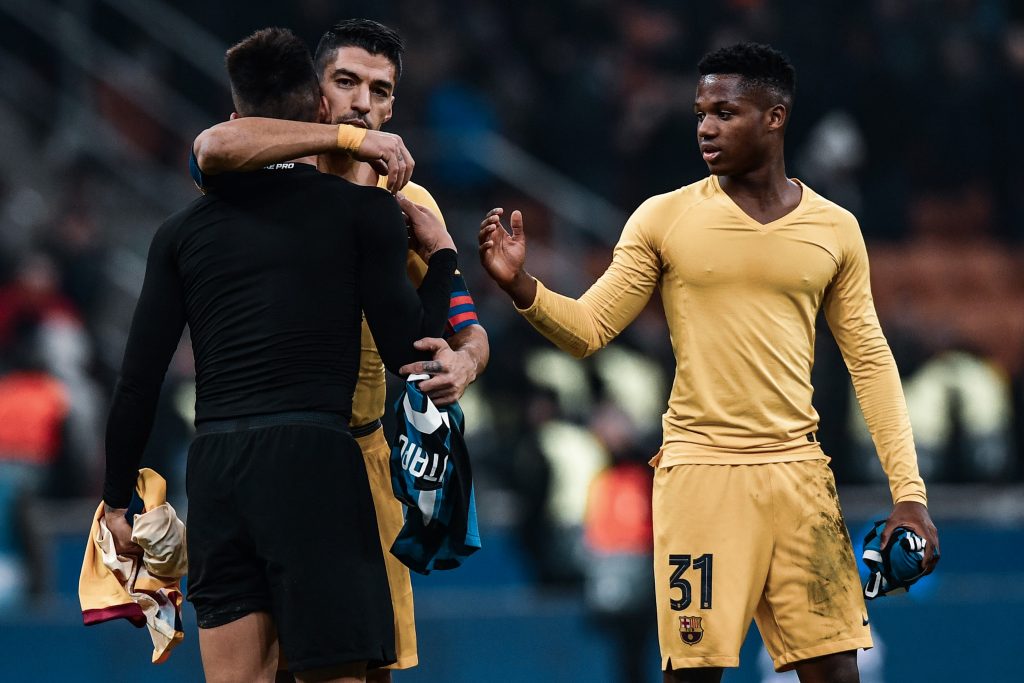 As the rumours of a Lautaro Martínez transfer seem to intensify, if he comes to Barça,a dialogue has to start concerning Luis Suárez and his place at the Camp Nou.

You either die as a hero or live long enough to see yourself become the villain. The football world is full of legends and one-club men. These great individuals usually are worshipped by the fanbases, especially when they play so many years at the top level.

Whether it is Steven Gerrard at Liverpool, Koke at Atlético de Madrid or Giorgio Chiellini at Juventus all spent a considerable amount of time at their respective clubs and Gerrard learnt went to stop. Koke is the captain of his rojiblancos after Diego Godín left last year and Chiellini will begin his 15th term as a Bianconeri and has just recovered from an ACL injury.

At Barcelona, long-serving legends come and go, but when they stick around, it seems like they do more harm than good. While the great Ronaldinho only spent five years at Camp Nou and harmed the group severely in 2008 by not leading by leading by example, Pep Guardiola knew when to pull the plug on the Brazilian creator’s Blaugrana career.

Today, one problem seems to occur relentlessly at Barça, and that is letting legends stick around without planning for the future. It happened with Dani Alves, Andrés Iniesta, Xavi Hernández and Carles Puyol. These four pivotal figures at Camp Nou al retired without making sure their legacy was intact, and it seems like history’s going to repeat itself in the coming years.

The core of the squad is getting older, as Lionel Messi, Sergio Busquets, Gerard Piqué and Luis Suárez are all on the wrong side of 30 years old. However, the latter’s situation seems to be much more controlled than the others’, especially when it comes to finding some sort of replacement.

Barcelona’s striker needs to be mobile and active on the pitch, by definition, that means he would have to be younger and play with hunger if they want to succeed at the Camp Nou. One name that has been circulating in Lautaro Martínez seems like a viable option. Many rumours have linked the Argentine prodigy to the Camp Nou, and it seems like the personal conditions are arranged, and Inter are willing to let go of him for cheaper than expected.

“We spoke with Inter a few weeks ago but now the discussions have stopped. Now we are not speaking. We have to finish La Liga and the Champions League and then see what the priorities are”

President Josep Maria Bartomeu talked about the possibility of the signing and said that he had already negotiated with Inter Milan, but nothing concrete concluded ultimately. With this transfer seeming closer and closer, one question raises every eyebrow: what will become of Luis Suárez if Lautaro Martínez signs this summer?

The blaugrana squad is jam-packed with attackers. From Leo Messi to Antoine Griezmann passing by Ousmane Dembélé, Martin Braithwaite and Luis Suárez, too many attackers train with the senior team, and that’s without counting the La Masía sparkle in Ansu Fati, who is still contracted to Barça B. In no way, shape or form does Lautaro’s signing not disrupt the squad, and his expected high salary will play a part in it.

First, Braithwaite is expected leave. The Danish attacker did not play may games post lockdown, and that’s mainly due to Suárez returning. Secondly, Suárez’s place in the squad is in jeopardy as he can’t have these sort of performances while warranting a starting spot. The Uruguayan’s decline has been astonishingly disappointing, and he does not play like his old self whatsoever. Sluggish, slow, injured and most importantly, less clinical, Luis is the shadow of his former self and does not deserve a place in this squad, not as a starter at least.

For Lautaro, he is quick, intelligent, agile and has that bit of finishing that we all love.
With Argentina at the 2019 Copa América or with Inter against Barça in the Champions League, Lautaro’s finishing has been excellent and his movement intelligent and effective. If he signs with the culés, he surely warrants a starting place, especially if this Suárez decline is permanent.

The former Liverpool man is coming back from a four-month injury and, at 33, he won’t come back as a competent forward, especially for Barça where he has to run and play better especially on the dribbling area. Nevertheless, it is clear the dressing room and the coaches protect El Pistolero as he starts every game for the Catalans when he isn’t fit or good enough.

“Because we were doing well, Riqui was doing well, we always try to have Suárez and Messi on the pitch. I didn’t want to destabilise the team“

Coach Quique Setién revealed after the 2–2 draw against Atlético that he tries to keep Suárez at all costs on the pitch because he “poses a significant threat”. The coaches and players seem blind to Suárez because of his pedigree. Look at Griezmann; the Frenchman has scored 15 goals this season, equalised against Napoli, saved the team in the Copa del Rey against Ibiza, and he never got the credit and protection the Uruguayan striker got.

If Lautaro comes and has a few bad games, he will get some backlash and will sit on the bench and Suárez will have the monopole of the starting place until the end of his contract. Also, even if his contract will expire in 2021, there is a clause that if he plays 60% of the games next year, he will have an automatic contract extension. That means Lautaro’s signing does not mean Luis Suárez will leave; it means Martínez is more to play second fiddle to the Uruguayan if he doesn’t find form quickly at Camp Nou. But, whether it is through an exit or decrease in minutes, Luis Suárez needs to leave the way for Lautaro Martínez to succeed.