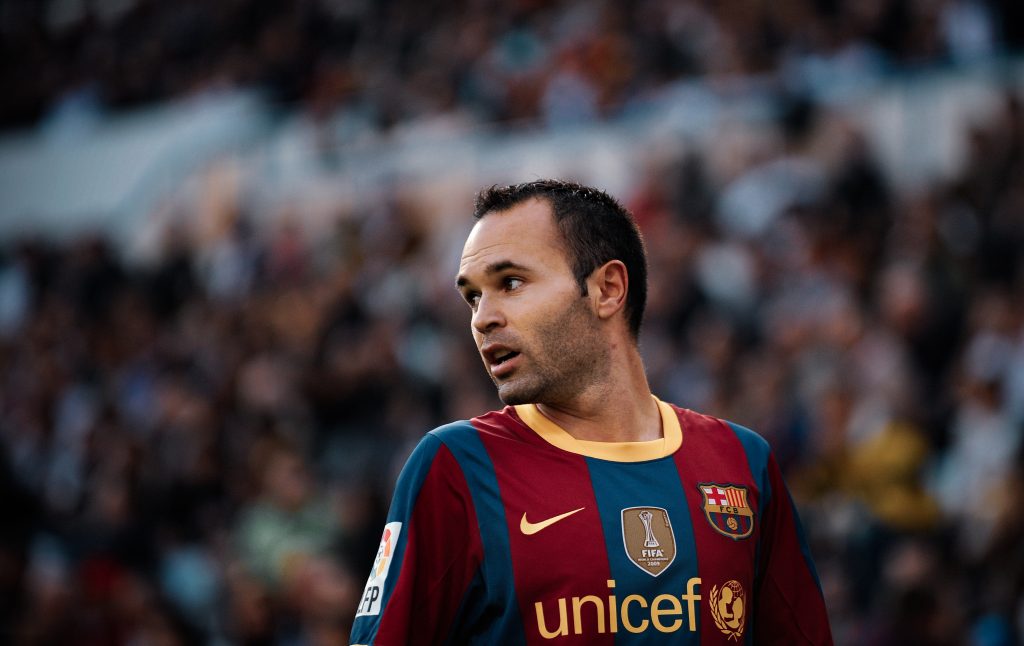 As we celebrate the Spanish wizard’s 36th birthday, let’s take a look at the hardships midfield maestro Andrés Iniesta rose through, as he painted football’s canvas with his magical art.

The night of 11th July 2010, was a cool and pleasant one in Johannesburg. But in the Soccer City stadium, temperatures were boiling. A cagey and cynical battle ensued between the World Cup finalists Netherlands and Spain, each nation bidding to get their hands on football’s most coveted prize for the first time in their histories. 115 minutes had passed and a penalty shootout loomed ominously with an air of inevitability. But Spain had other ideas for father time and mother fate. Jesús Navas burst into the Dutch half with intent and strung the ball in the centre to Andrés Iniesta. With most other players, crowded by the opposition, the move would have most likely ended there.

Don Andrés cleverly backheeled it into space. Following a sequence of Spanish passes and two fortuitous touches off the despairing Dutch, the ball fell to Cesc Fàbregas. Cesc slid the ball to Iniesta in the box. He took a touch and the ball rose high as time seemed to come to a standstill. It bounced and Andrés Iniesta sent a piercing shot into the far bottom corner to paint the World Cup in Red revelry.

Any other player would lose their mind had they scored the winner in a World Cup final. But we all know that Andrés Iniesta was different. He was not only a gem on the pitch, but also off it. Make no mistake, the entire Spanish squad, Iniesta included, went into delirium. However, for the brilliant little midfielder, it wasn’t about the personal glory. It wasn’t about creating history, it wasn’t about fame or anything else. He just had one thing in mind, his dearest friend Dani Jarque.

The former Espanyol captain was so much more than a friend to Andrés. The two shared a deep brotherhood as they grew up together, playing for the Spanish national youth teams together. Despite playing for Espanyol and Barcelona, two teams historically sharing little short of hatred for one another, Dani Jarque and Andrés Iniesta remained portraits of elite sportsmanship and sincerity. But 11 months prior to the World Cup final, Iniesta’s world would be shocked. His beloved friend was sadly no more.

In spite of being the hero, Andrés Iniesta wanted to share his moment of glory | Photo by Imago

Dani was merely 26 when he suffered from a fatal heart attack. He was found unresponsive in his hotel room in Italy. He apparently passed while on the phone with his girlfriend Jessica. A true tragedy which brought about a truly turbulent time in Iniesta’s life. Even Jessica stayed away from public gaze as she was eight months pregnant with her and Dani’s child. One can only imagine the weight of the loss.

So while while an emotional Iniesta ran to the corner flag in wild celebration, he lifted his shirt to reveal the words “Dani Jarque, always with us” written by the team’s kitman Hugo in blue marker. And across the globe football fans and Dani’s dear Jessica, would all be dewy-eyed as Andrés Iniesta paid the most fitting tribute to his dearest friend and himself, was reborn in the process.

An internal war with physical and mental wounds

Sure enough the Iniestazo was a defining moment in Andrés’ life. But he was struggling with more than the weight of loss from quite a while. In between 2008 and the World Cup final, Iniesta suffered from 8 muscular injuries. Even the historic 2009 season for Barcelona, which brings nothing but joyous memories to the minds of culés, wasn’t as straightforward for the magical midfield maestro. Just two weeks before the Champions League final against Manchester United, Iniesta had suffered from a two-centimetre tear in his right femoral biceps. But dedicated that he was, it would not stop him from giving his all for the blue and claret crest in the final.

❛ I told my father that even if it meant playing with a hole in the leg, I would be on the pitch to start the game ❜

Andrés Iniesta
revealed what he said to his father in his book ‘The Artist: Being Iniesta’

The medical team warned him, “Whatever you do, don’t shoot”. He was allowed to make short passes and to sprint but caution was still necessary. Nevertheless, despite all this, Iniesta was far more than a passive spectator. He was one of the most important players on the pitch as Barça completed their 2009 season with a glorious flourish.

Yet as he was getting over the physical and mental frustration of injuries, he had to deal with Dani Jarque’s loss. A tragedy that struck him so deeply that he had to seek professional help. He opened up about it in Rakuten TV’s recent documentary about him: ‘Andrés Iniesta: The Unexpected Hero’.

❛That was like a body blow, something powerful that knocked me down again and I was pretty low, clearly because I wasn’t very well ❜

Iniesta began taking sessions with psychologist Inma Puig. He also said that along with Puig, Pep Guardiola played a massive role in his recovery. Puig recalls that Guardiola said this was the first time he was in such a situation as a coach. He was incredibly supportive and also said that “the most important thing now is Andrés, the person, not the player”.

As time passed, Andrés Iniesta fought and got better. And his rebirth was finally complete when he scored the goal in the World Cup final. Ever since then, he never looked back. Iniesta evolved as a person and also as a professional. He took much better care of his body and little needs to be said about his legacy on the pitch.

Iniesta remains the only man in history to be named Man of the Match in World Cup, Champions League and Euro finals. Still, above all the numbers and honours, he will be remembered most for the way he effortlessly glided all over the pitch, controlled the ball like it was an extension of his body, played silky passes to his teammates and won the hearts of all those who love football. After all, a blaugrana player capturing the applause of Espanyol and even Real Madrid fans is not something you see too often. Football owes a lot of gratitude to el Ilusionista.