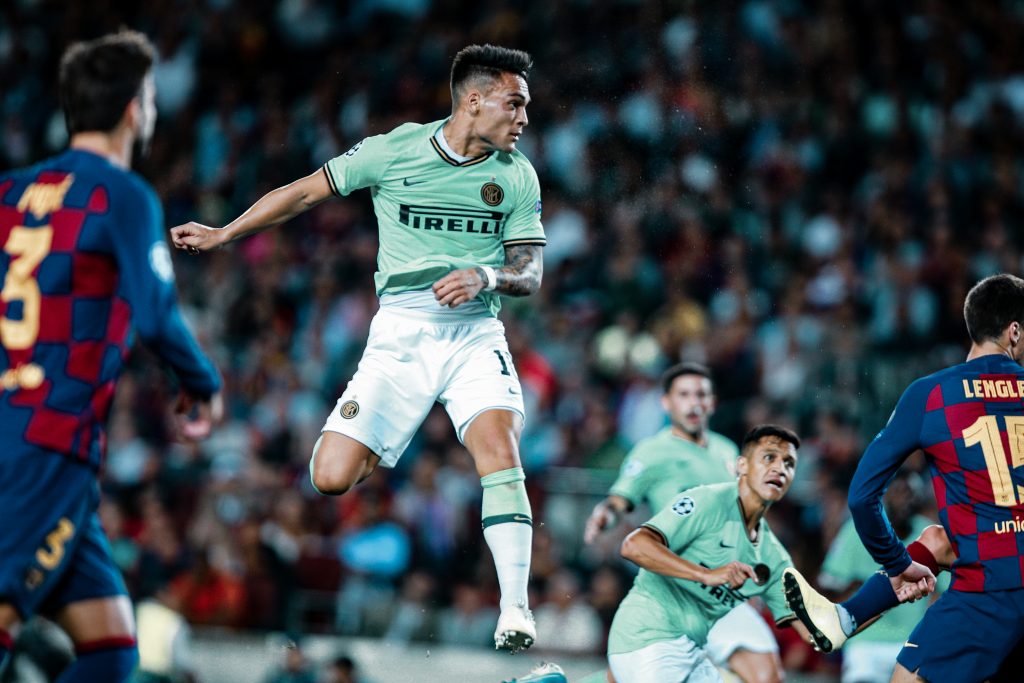 With the financial crisis that is expected in the summer, Barcelona should be very careful with how much they spend on top target Lautaro Martínez.

It appears as if Lautaro Martínez’s move to Barcelona is not a question of if but of when. Based on reports, the Catalan club has had a fond interest in El Toro since his Racing Club days, but it was his breakout campaign at the 2019 Copa América that truly put the Argentine on the blaugranas‘ radar.

Barcelona is searching for a striker to replace the one-of-a-kind Luis Suárez, and while a number 9 of the Uruguayan’s extraterrestrial caliber may never be found again, Lautaro might be the club’s best bet to take on the mantel of the number 9.

Martínez’s praiseworthy Copa América run wasn’t a mere fluke, as he been taking the Italian league by storm this season. The young Argentine has been playing in a striking partnership with Belgian international Romelu Lukaku for Antonio Conte’s Internazionale, where in spite of not having the primary responsibility of goalscoring he has netted an impressive 16 goals, with 5 of them coming in the Champions League in just 6 games.

The 22-year-old’s true quality is displayed in his ability to dribble and link up with other players. He is an expert at occupying defenders and can easily break through compact blocks. His finishing ability is also noteworthy. Lethal inside the box, and productive enough outside it.

According to Sport, Semedo could be key in the Lautaro operation, either by being part of a swap deal or by using the money of the Portuguese’s sale to fund a part of Martínez’s signing | Photo by Alex Caparros via Getty Images

The world will never know if whether Lautaro Martínez is Luis Suárez’s natural successor until he actually plays in the coveted red and blue shirt. However, considering the fact the Argentine’s contract with Inter Milan runs for 3 more years, the Italians are staying firm while negotiating. As per various reports, Inter values Lautaro at more than 100 million euros. It is safe to say that that valuation is borderline absurd. While Martínez is an extremely promising player, he is not worth more than 100 million euros, especially in the current post-COVID–19 transfer market. So that begs the question: how much should Barcelona pay for Lautaro Martínez?

Considering his age, contract and performances, Lautaro should be valued at around 55 or 60 million euros in the current market, and so the maximum amount of money Barcelona should spend on Martínez is approximately 60 million euros. Nevertheless, if Inter Milan aren’t willing to reduce their valuation by nearly 50%, then Barcelona shouldn’t shy away from offering certain players that can almost be considered deadwood at the club.

Lautaro Martínez is an interesting player. He is incredibly talented, though Barcelona shouldn’t overpay for him, considering the Catalans’ history in completing expensive signings in the last few years. If reports are to be believed then Lautaro is almost desperate for a move to the Spanish giants and is not even willing to look at other offers. For all we know, the Argentine may end up playing for Barcelona, possibly sooner rather than later. But with Barça’s limited economical resources, they should be careful not to overspend their already scarce money.