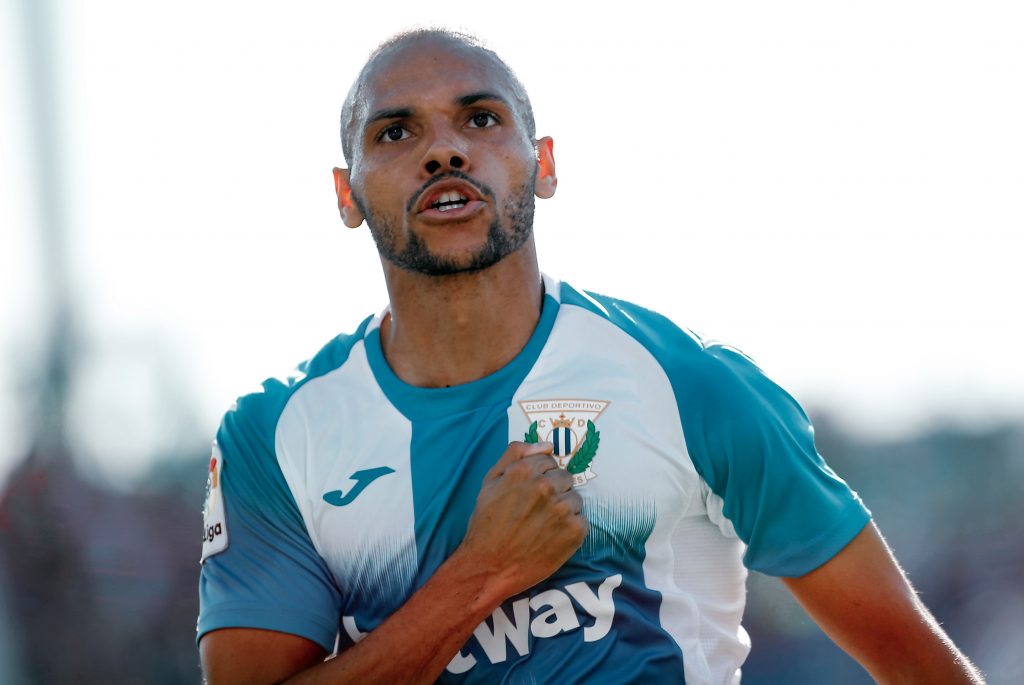 Once at relegation-bound Leganés, Danish attacker Martin Braithwaite now finds himself at Barça fighting for a spot in the starting XI.

Everyone loves an underdog. Underdogs, defined as competitors considered to have little chance of winning, transmit a sense of hope to mortals. With our everyday struggles, seeing an unexpected hero rise from the bottom to end up on top of more prestigious celebrities teaches the audience that no mountain is high enough. David, the weak figure said not to be good enough, fights against the initial disadvantages to beat the largely favourite giant Goliath.

Rooting for the underdog is easy, almost unconscious. They have little at stake, but many challenges to overcome. It thus is almost automatic for us to feel attracted by them, to put ourselves in their shoes. They set examples and lead the way for others with high aspirations too. If they can do it, why can’t we?

Arriving from a strong relegation candidate, for €18 million, as an emergency signing, when the transfer window was already closed, at 28 years of age, after an unsuccessful spell in the English second division…Martin Braithwaite arrived to Barcelona as an underdog. No one gambled on him at first, yet his unmatched capacity to break down prejudices has earned him many admirers.

The Danish forward had much to win in the opportunity of his life. This contrasts, for instant, with someone like Philippe Coutinho. Signing from Liverpool for almost €160 million, the Brazilian had much more to lose, being on top of the world already. Both arrived to the Camp Nou in a dream chance for them that they could not afford to miss. But the prestige, expectations and obviously transfer fee were completely opposed.

❛ Was signing for Barça moving out of my comfort zone? In some ways, yes. But that’s not what I fear. I came here for a challenge. Be smart. It’s the key to success ❜

In football, though, there’s no written law that says that money and fame are guarantees of success. Most of the times, suitability and the right attitude is the recipe for prosperity instead. Martin Braithwaite, the unlikely hero since day one and mocked for his unglamorous past, has managed to convert all jokes into praise thanks to his hard work and determination. Without the technical finesse of the world’s greatest, which often belong to clubs like Barcelona, the former Middlesbrough attacker has become a more than useful weapon for coach Quique Setién.

Seen as a lose-lose deal at first, with Barça spending unnecessary money and Braithwaite leaving a team where he was the star to be a bench player, time has transformed such February transfer into a win-win for both Martin and the blaugranas. So much so that his restless activity, energy and ability to thrive into space is well making him a strong and deserved candidate for a starting spot at Barcelona.

Effective, selfless and persevering, his productivity contrasts with the apathy on the pitch of a multi-million euro acquisition like Antoine Griezmann. The Frenchman, suppressed by a context in which his best role is occupied by none other than Lionel Messi, is seeing how the right complement to Leo is a footballer with a contrasting talent to him. Thriving without the ball, Braithwaite gives a lot and asks for little in return.

❛ The match against Leganés will be special for me, but when I’m on the pitch, I don’t have friends. When you’re my opponent I will do everything to beat you ❜

Braithwaite’s goal isn’t to increase his goalscoring record or to shine on his own, but to be useful and, through this, earn himself a spot in the team. He certainly is earning it. Today, as Barcelona host Leganés at the Camp Nou, Martin is preparing to face his old club after having scored his first goal as an azulgrana on Saturday against Mallorca. Lega were condemned to the Second Division as soon as Barça took them their main man Braithwaite without giving them the possibility to sign a replacement. But, as Leganés do not lose hope of avoiding relegation and look to shock the league leaders, the inexhaustible faith of Martin Braithwaite has no limits. No one believed in him at first, except for him.