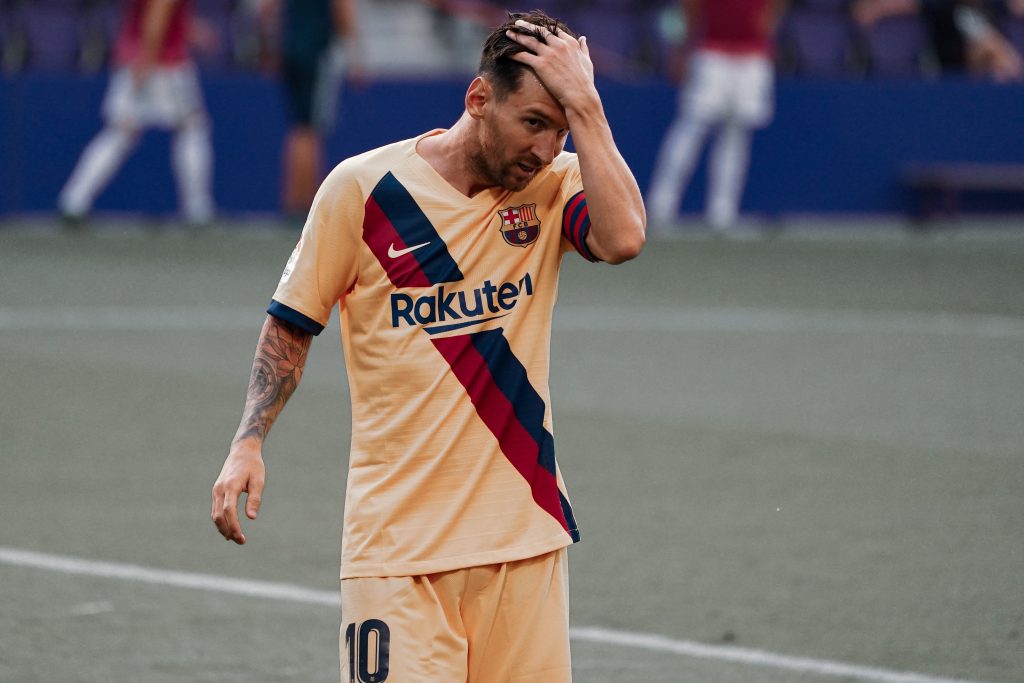 Lionel Messi hasn’t had a single minute of rest since the return of La Liga, and it seems to be having an impact on his performances as he looks tired and fatigued.

Since the forced hiatus because of the coronavirus pandemic, all the matches in La Liga have been compressed into a small timeframe. With up to three matches within a week for a single team, rotations and a good training schedule can make a huge difference. The teams which have utilised a lot of substitutions have an advantage as they can rest key players for the next match.

Along with this, squad depth has been really important in this situation. So, it would be natural to expect that sides bench their best players occasionally in order to make sure they remain fit. Surprisingly coach Quique Setién has played Lionel Messi in every match and minute Barcelona have played for since the resumption of La Liga.

“Yes, Messi should rest, but we didn’t have enough of a lead in the game. If the lead was bigger, Messi would have taken some rest”

Messi has still been in great form, as usual. The Argentine genius has always been crucial for Barcelona. His passing, dribbling and goalscoring are all unbelievably good. Setién has always expressed his admiration for Leo and so it is no surprise to see that Messi is given complete freedom to play to his best in each match. The player, of course, gives his best, as always. But the number of matches played in a relatively short time have had a clear toll on him. Though statistically, Messi’s goals plus assists tally is still among the best in the world, his game has still been affected.

For example, his dribbling has been visibly damaged. Leo’s dribbles were one of the main aspects of Barcelona’s game plan for a long time. Recently, he has showed signs of a slight decline. Nobody expects the explosive pace he had when he was younger, but even the dribbles attempted show a huge difference. In the first three matches since the hiatus, Messi attempted dribbles in double-digits. However, in the last match he attempted only six and eight before that. He did attempt 14 against Atlético de Madrid, though.

Furthermore, Messi’s quick link-up play is always crucial for Barcelona’s progression, and this has seen a decline as well. Earlier, he would play many one-twos with Nélson Semedo and Arturo Vidal on the right-hand side, but recently, that number has decreased as well.

Messi, like several other Barça players, has looked a bit exhausted in recent weeks | Photo by César Manso / AFP via Getty Images

The number 10 is fundamental for Barça. His decline or drop in form in the past few matches isn’t a lot, but it is still visible. Setién must rest Messi if he wants him to perform at his usual best again. Against Atlético de Madrid, Athletic Club or Sevilla, Messi had to play, of course. But taking him off for even half an hour in the previous matches would have made a difference. Not only in terms of wear and tear of muscles and the fact that he is one of the most active players with the ball leading to more exhaustion, but also the concern that playing more matches can cause injury problems.

With Antoine Griezmann, Frenkie de Jong, Samuel Umtiti and Ousmane Dembélé already injured, the last thing Barcelona want is Messi getting injured. Especially with the Champions League coming up soon, the Argentine maestro is Barça’s biggest hope of doing well in the European competition. And so, it is critical that he is not prone to injuries at that time.