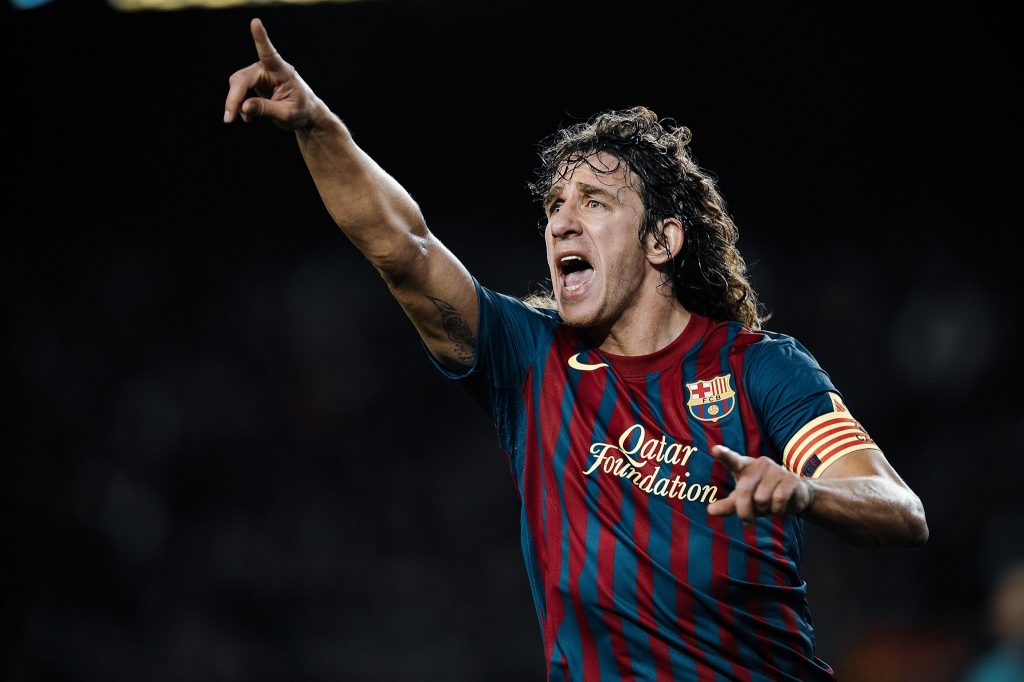 In this article, we will appreciate and revive some historical moments of one of FC Barcelona’s biggest legends, Carles Puyol.

Having played 593 games for the club and managing to win every national tournament, the Catalan center-back is also a World Cup, Euro, and Champions League champion.

Puyol also played a huge role in Pep Guardiola’s legendary FC Barcelona era, in which they managed to win the sextuple (all six cups).

Carles was a block wall. His fearless character was one of his attributes that made him one of the best defenders of his generation.

In Spain they used to say: “While other players are afraid to go in with their head, Puyol would use his head.”

The Lionheart: More than just a leader

Let us tell you a story. By story, we mean a non-fictional, real story.

Eric Abidal had to undergo surgery due to liver cancer. 2 and a half months later, he played in the UCL final against Man Utd. Puyol handed him his captain’s armband and wanted him to be the first person to lift the trophy.

It was a fierce competition between very strong clubs (Milan, Arsenal, Inter, Madrid, Juventus) that were all favored to win the trophy over Barcelona.

With the help of his teammates, the Puyol captained his team to glory with a very weak bench compared to other teams.

A great teammate and friend

Time for another real story.

Puyol called over Ronaldinho to take a picture with him after Barcelona won the Trofeo Gamper while his former teammate was a player for AC Milan.

When Ronaldinho returned to the Camp Nou and Carles Puyol wanted the Brazilian in his photo. Class!https://t.co/05Drhb4YRe

Puyol fought for the badge for 15 years, captaining the team for 10 years. He played in 593 official games for Barça. No captain has ever been able to influence his teammates the way he did.

He played a Clásico two days after his father passed away because the team didn’t have a replacement.

I remember, once, Carles Puyol was returning from injury, and when he came back to the field I said to him: ‘Welcome back, Captain.’ He turned to me and said: ‘Shut up and focus on the game’.

?️ — Gerard Piqué: “I remember, once, Carles Puyol was returning from injury, and when he came back to the field I said to him: ‘Welcome back, Captain.’ He turned to me and said: ‘Shut up and focus on the game’.” pic.twitter.com/FC9t0mzYxJ