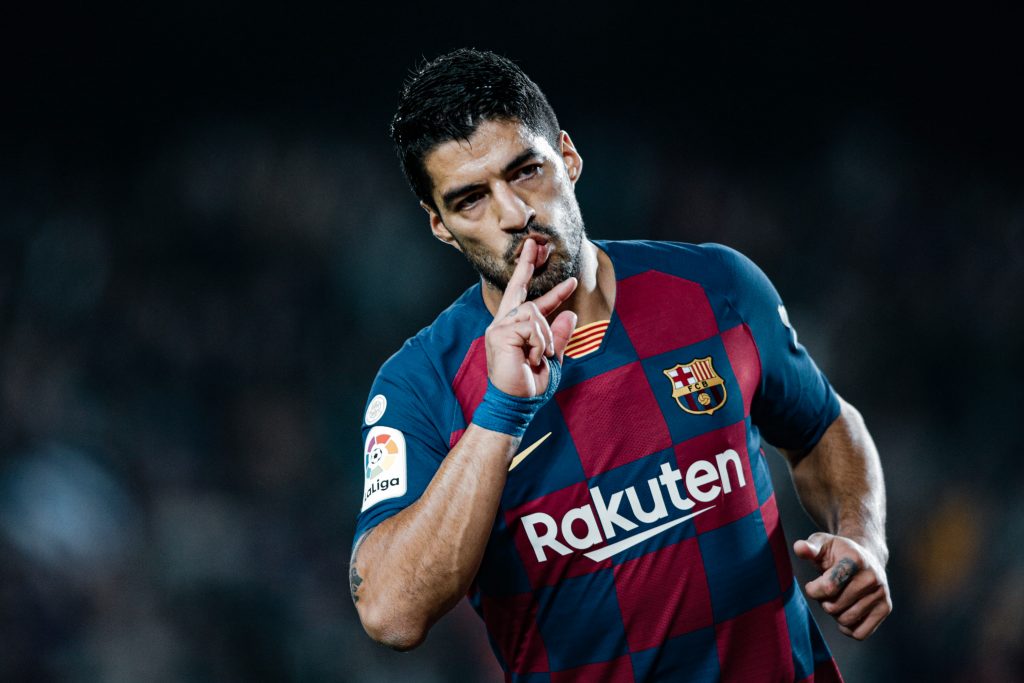 Suárez was once the most feared striker in Europe. He formed a formidable partnership with Lionel Messi and Neymar Júnior in the famous MSN trident. While he still remains Barҫa’s second top goalscorer this season, there is no doubt his form has become worrying. Do the negatives of starting Luis Suárez now outweigh the positives?

When Luis Suárez first joined Barcelona in 2014, he was already one of the world’s best strikers. Barҫa bought the forward after a number of impressive seasons at Liverpool and Ajax. From there, the Uruguayan’s impact in Catalonia was incredible. He was key in helping the team win the treble in 2015 and was clinical in front of goal.

Recently, though, Luis has been a shadow of his former self and his form has been declining. He now has much less influence on games and struggles to lead the line for the Spanish champions. At one time he could occupy whole defences single handily, but with age, he does not have that capability anymore.

Luis Suárez had been a prolific striker for a number of years before joining the blaugranas. At Ajax, El Pistolero was in sensational form. In his best season in Amsterdam, Suárez scored 35 goals in just 33 matches. It did not take long before talent like that was picked up by one of Europe’s top five leagues.

Liverpool managed to sign the promising striker in 2011 and Luis was on his way to England. It took him a season to find his feet and gain that form that first got him the move to Merseyside. His last campaign, in particular, was special, almost guiding Liverpool to their first Premier League in over two decades. In the 2013/14 season, Suárez recorded 31 goals in 33 fixtures in the league, helping him win the European Golden Shoe. He was also awarded the Premier League Player of the Season that year.

“For him not to be in the top three of the Ballon d’Or was incredible. He left Liverpool as a world-class player and he’s gone into a Barcelona team that was already up there and made them better”

In the summer of 2014, Liverpool’s star striker moved to Barcelona for a reported €82.3 million. Nobody could have predicted just how well Suárez would fit into the team, particularly with Lionel Messi and Neymar Júnior. This front three formed possibly the most lethal attacking trio in the history of the sport. Their understanding, sharpness, eye for goal and unselfishness made them the most feared forwards in the world.

In the 2015/16 term, Luis Suárez scored 40 goals in La Liga, winning him his second European Golden Shoe. In all competitions, Suárez registered an incredible 59 goals that course and provided 24 assists in just 53 games. In total, through all his years at the Camp Nou, the Barça ace has scored 193 goals for the azulgranas with a further 109 assists. He has brought many moments of magic to culés over the years. It would not be an exaggeration to say that Luis Suárez is the greatest striker of his generation.

Over the last couple of seasons, however, there has been a clear drop in the standard of Luis Suárez at Barcelona. His goal contributions have been declining since the 2016/17 season, although his standards were very high. There is no question though that he has become less clinical in front of goal and does not get into scoring chances as often.

His work ethic off the ball has also dropped off significantly. This is both in pressing the opposition and making attacking runs. His fitness levels could be questioned too with it often being rumoured that he is playing through injury. Many fans also wonder why he plays the full 90 minutes when he seems to be so ineffective at times.

Does Quique Setién start Luis Suárez exclusively for tactical and qualitative reasons, or is the Uruguayan’s influence on and off the pitch too big to bench him? | Photo by Gonzalo Arroyo Moreno via Getty Images

Luis Suárez put in another lacklustre performance against Atlético de Madrid in the 2–2 draw on Tuesday night, something that has been occurring often this season. In total Luis managed one shot on target, 39 touches, 27 passes, zero successful dribbles, zero duels won and zero key passes. This is not the standard a Barcelona striker should be at.

In the 2019/20 La Liga, the 33-year-old averages 0.2 tackles, 2.9 shots, 0.9 dribbles and 1 key pass per game. He has been ineffective for the majority of the minutes he has been on the pitch this season. Furthermore, it must be considered if he is taking too many minutes away from other players due to his status in the dressing room and not based on merit.

Luis Suárez has been an incredible player at the Camp Nou. His talent and ability mixed with his determination to win has seen him become one of the greatest strikers ever in football. He will go down as one of Barcelona’s greats. As one of the top goalscorers still active, his record speaks for itself. Not only is Suárez and incredible finisher but he also assists many too. In an era of Lionel Messi and Cristiano Ronaldo, El Pistolero has won two European Golden Shoes.

Nevertheless, like with Xavi Hernández, Carles Puyol and Andrés Iniesta, he must consider if he can still give his all to the team. The former Barҫa legends knew when their time had come at the club and left gracefully. Luis Suárez is now at this stage and must either accept a much smaller role in the first team or look elsewhere for more minutes. The Catalan side are in desperate need of a rebuild, and especially in the number 9 position.