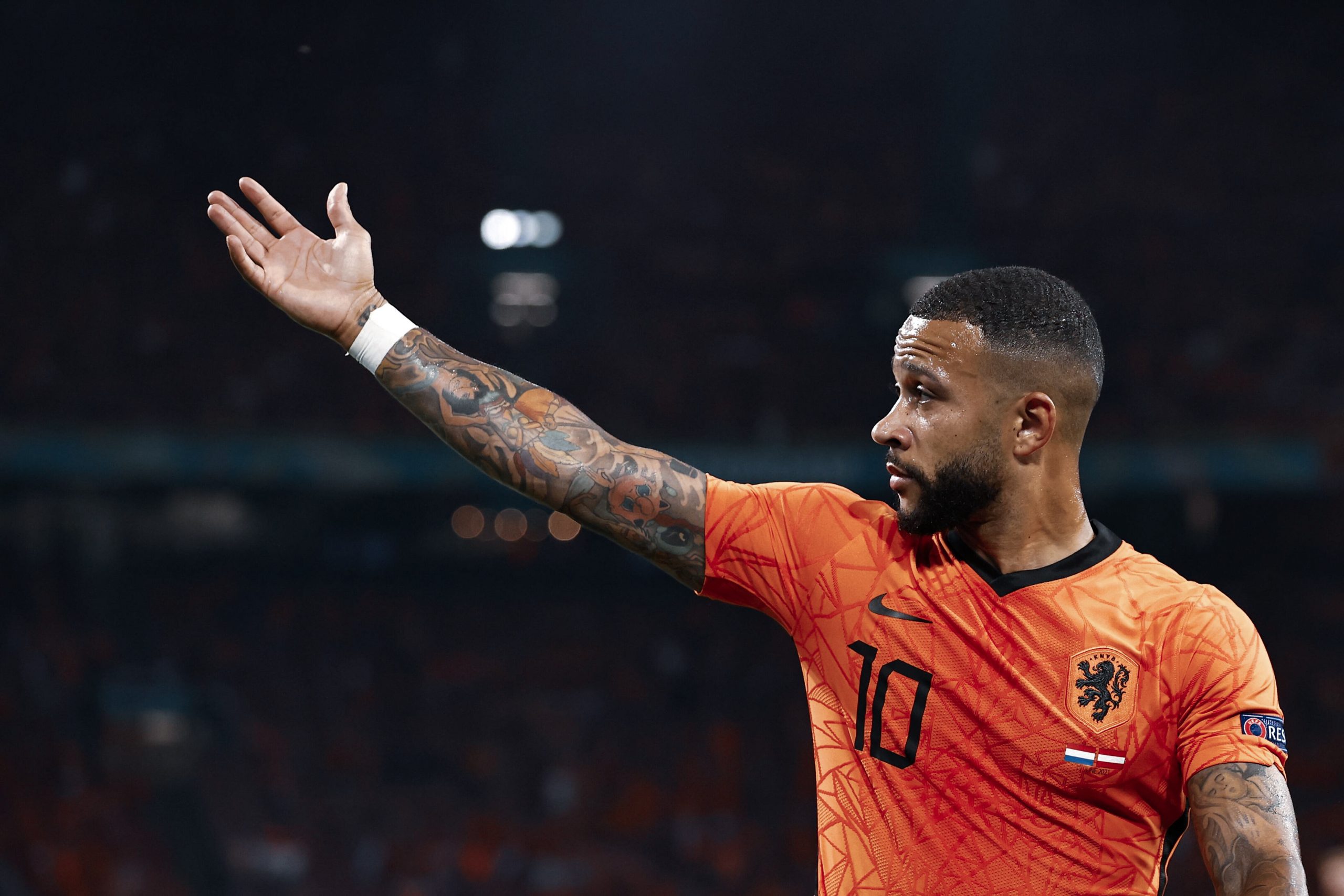 In the summer of 2015, a young prospect moved from Eindhoven to the red side of Manchester with a lot of hopes pinned on him. Considered to be one of the top attacking prospects in the footballing world at that point, and having come off a 25 goal season with PSV Eindhoven, not many would have expected what followed.

Fast forward one-and-a-half years, the Dutchman scored just seven goals in 53 appearances across all competitions for Manchester United. Consequently, he was transferred to French side Olympique Lyon, with the tag of a flop attached to him.

Now, Depay has finally decided it’s time to go for a big move once more. While the 27-year old was always primarily linked to Barcelona, he downplayed the interest, claiming that he had many options to choose from.

“Barcelona are interested in signing me, it’s true. But there are also other clubs in the race. I’ve not decided my future at the moment: I need some time then I’ll choose my next club. Today, I am a free agent, so the negotiation should not be too difficult, my mother could do it!”

Memphis depay when asked about his future weeks ago | L’Equipe

It is no surprise that the Dutchman grabbed the attention of many clubs. He has improved leaps and bounds post his Manchester United days. Therefore, Barcelona winning the race to sign him is a big win for the Catalan club – especially considering he took a pay cut to make the move happen. So what is so special about Depay, and what does he bring to Barcelona?

While he made his name as a left-winger at PSV, Depay has grown a lot in the years since. With Lyon, Depay has played multiple roles with ease. He has excelled as a winger, as a 10, as a deeper striker of two and as well as the sole striker leading the attack.

Depay has played 73 games as a left-winger at the French club, 73 games as a striker, and 17 games as an attacking midfielder. The 73 games played as a striker included many games as a false nine or the deeper striker of two. What is more important is that despite playing in a different position, the numbers on display do not drop. In every role he has played, the Dutchman has managed to excel — a virtue of his ability and flexibility and determination to perform in any circumstance.

While on paper Barcelona are spoilt for choice in attack with the likes of Antoine Griezmann, Ousmane Dembele, Ansu Fati and Francisco Trincao available alongside the great Lionel Messi, all these players have some cons to them. Griezmann and Dembele have only performed in patches, Fati has had injury issues, and Trincao is too unpolished to constantly shoulder such large expectations. The other new signing Sergio Aguero has also had issues with fitness and has mainly arrived to play a backup role.

With Barcelona largely dependent on Messi for both their creative and scoring struggles, the Catalan club could definitely do with someone like Depay who is very creative but also has the finishing and movement that enables him to be amongst goals regularly.

An established connection with Koeman

When Koeman joined Barcelona, he expected to get the best out of the Dutch national team regular Frenkie de Jong. After all, the midfielder had done so well under Koeman, and thus, many hoped that he would reprise the role for Barcelona. And de Jong undoubtedly did.

The same could be said for Depay. He was Koeman’s best man going forward, and the statistics reflect exactly that. The versatile attacker managed 11 goals and 12 assists in just 18 games under Koeman – no attacker had more goal contributions for the Netherlands in the same time period.

Although many doubt Koeman’s credentials due to Barcelona’s poor end to the season, no doubt having worked with de Jong previously, he could bring the best out of the midfielder and easily repeat the same with Depay. Holland, under Koeman, played some of their best attacking football with an attack spearheaded by the former Lyon man, and it would not be unrealistic of cules to hope that Depay can bring about the same ability in a Blaugrana shirt as well.

When Depay moved from England to France, he was scrutinized a lot. His ability to handle pressure was one of the many things questioned by the media and fans alike. However, over the past four-and-a-half seasons, the Dutchman has worked hard to prove his doubters wrong and has been successful. And after being one of the primary names on the wishlist for ages, he has earned his big break again.

One of the main factors for Depay’s numbers with Lyon is his determination. He has himself has stated that his mental state is quite different from what it was at Manchester.

“My mental state is different. I am a more matured human being now than when I was in Manchester.”

It is clear that the 27-year old’s determination is a key virtue that comes with him. When he suffered a cruciate ligament injury last season, many thought it would be hard to come back from it. Yet, the Dutchman managed 22 goals and 12 assists in 40 appearances for Lyon this season. Moreover, Depay’s resolve has also helped him transform into a great leader for the Ligue One side. Something Barcelona could also do with.

While many would be doubting Depay due to his last move to a big club largely labelled as a failure, the difference between the player United bought and the one Barcelona have signed is huge. Not only has he improved his ability on the pitch, but his drive to succeed could very well prove to be a key factor in the Dutchman doing well in a Blaugrana jersey.

Since Barcelona is currently struggling financially, signings like Memphis Depay could prove to be vital. To get a player of Depay’s quality as a free transfer is very rare in itself, but to convince him to take a pay cut on top, is incredible business. Barcelona has lacked a consistent goal contributor alongside Messi ever since Luis Suarez’s departure, and Depay could be someone who can take the load off the Argentine great. Moreover, the Catalans’ lack of vertical penetration from a striker has been apparent.

Depay’s versatility and ability to perform across the front four in attack makes him a great signing. Moreover, he has a great working relationship with Ronald Koeman and has previously excelled under him. In addition to these, Depay has made it clear that he has a clear preference for the Catalan club and a determination to succeed with them — something that will definitely help him stand out and hopefully help the club have successful campaigns in La Liga and the Champions League once more.