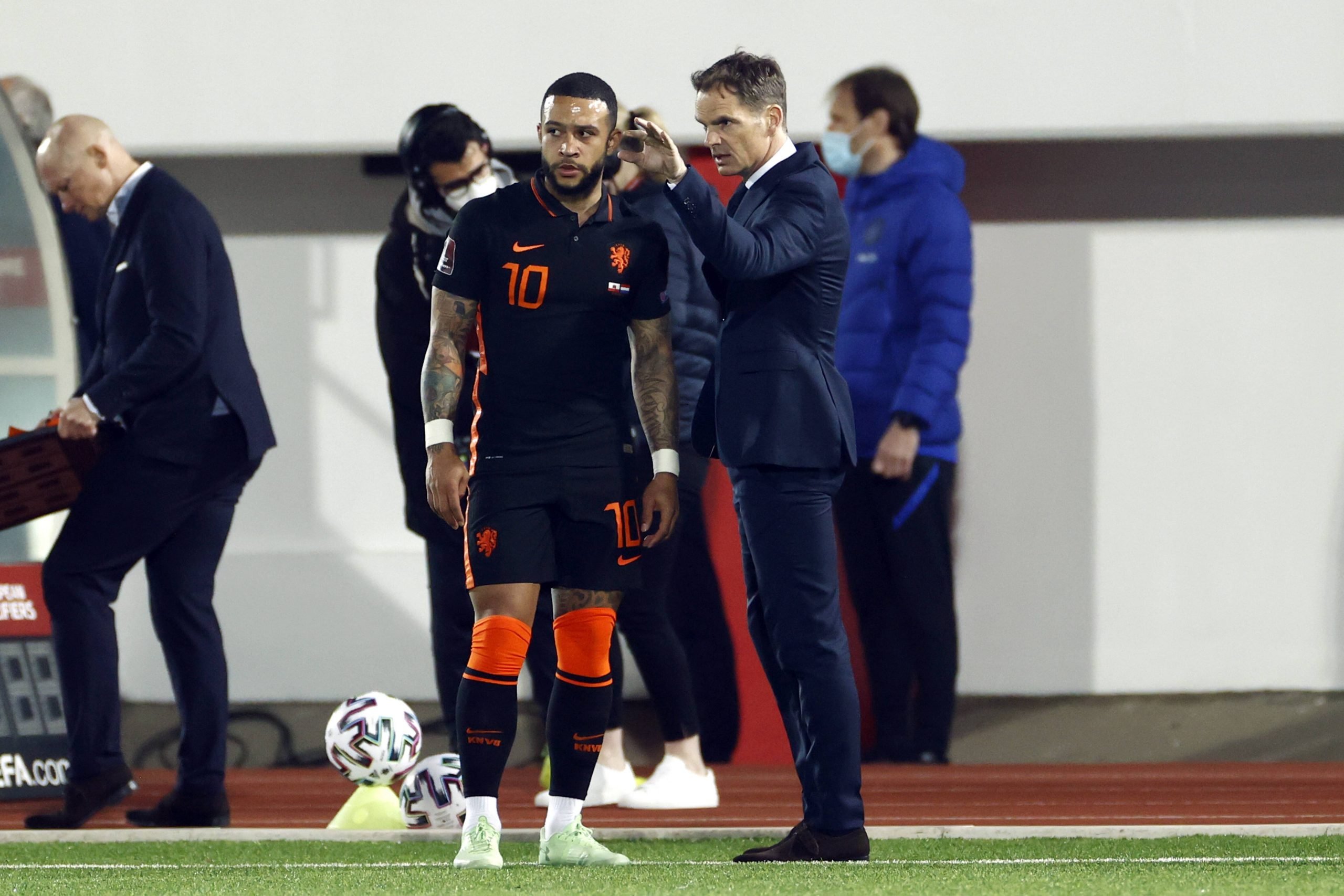 In an interview with Tuttosport, coach of the Netherlands national team, and ex-Barcelona player Frank de Boer, has expressed admiration for his fellow Dutchman Memphis Depay. He believes that the forward would be a great addition to many top clubs in the world, including Barcelona.

Depay has been consistently linked with a move to Barcelona for almost a year, as the Catalans continue their search for a striker to lead the frontline. Former Netherlands boss Ronald Koeman is a huge fan of Depay and seems highly intent on bringing him to the Camp Nou come the summer.

Depay had already come close to joining Barcelona a few times, most notably this January. The club’s financial condition however, prevented them from signing Lyon’s star man. His contract with the Ligue One side runs out this summer, and Koeman is again keen on bringing him to Spain as a free agent.

In quotes carried by ilBiancoNero, De Boer, who took over the mantle as coach of the Dutch national side following Koeman’s departure, says Depay could do well at any top club. He also addressed doubts over whether the transfer rumours may affect the centre-forward’s performances.

“I know Memphis well and I know that he has a top mentality. He will not be distracted by the rumors. He is a great center-forward and is the captain of Lyon. I can see him do well at any top club, like Juventus, Barcelona, Inter. He will decide, then we will follow him in the team he picks,” said De Boer.

Reports have stated that Depay was already spotted in Barcelona hunting for houses. The Dutchman’s links to the club may finally be close to materializing as the summer transfer window is right around the corner.