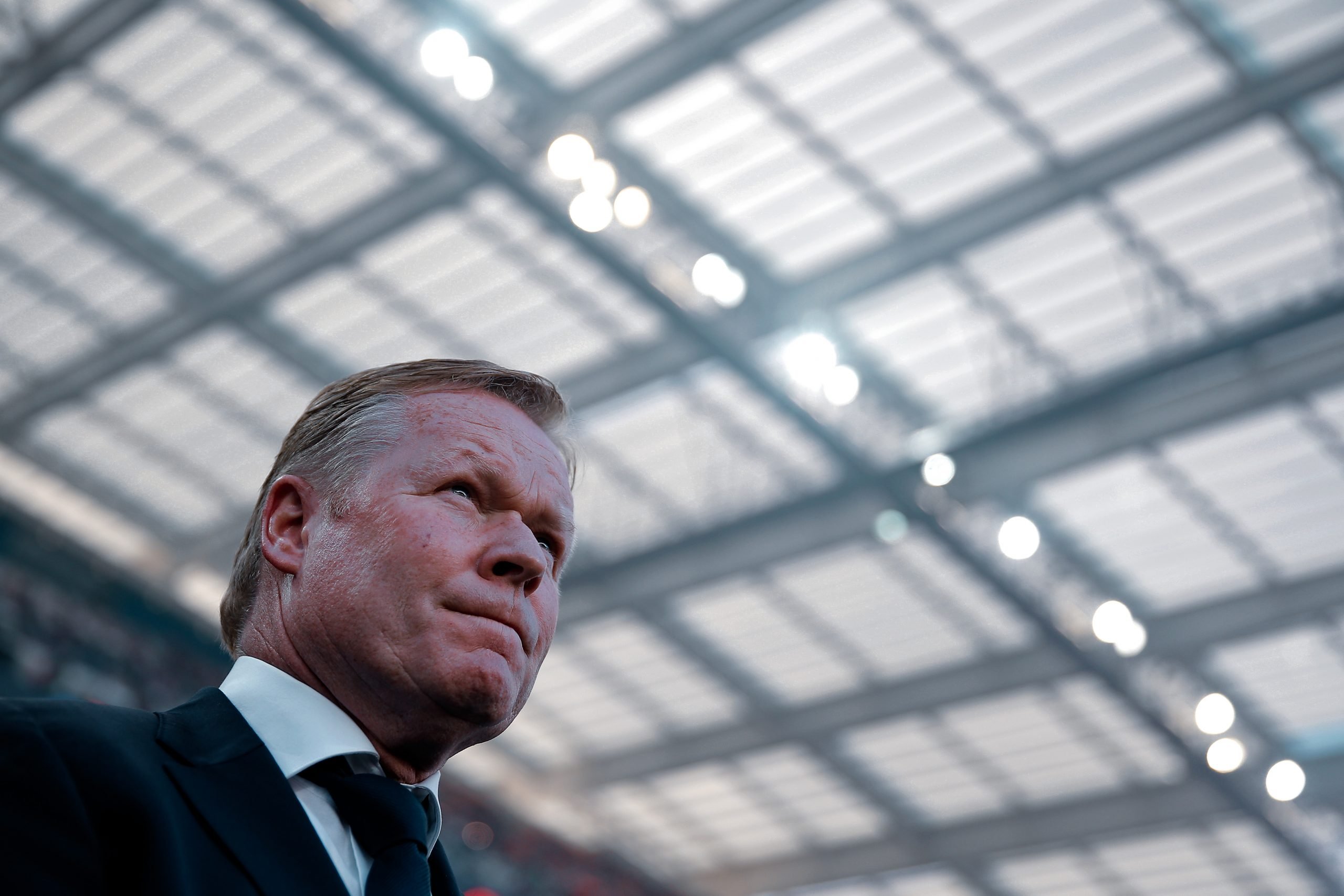 The appointment of Ronald Koeman as Barça manager will see him reunite with Dutch midfielder Frenkie de Jong, who could return to a deep midfield role with the new coach.

FC Barcelona’s roots and heritage are set in Catalonia and the Catalan movement for freedom. However, there is another connection that it has imbibed over time. A relation that has grown to be a part of its culture and tradition: the Dutch connection.

One doesn’t have to look far to see how it has influenced this club and its team. Out of the five managers that oversaw the Barcelona side into the most number of La Liga games, four are Dutch: the legendary Johan Cruyff, Rinus Michels, Frank Rijkaard and Louis van Gaal. Not to mention the Dutch geniuses that adorned the blaugrana shirt, including the aforementioned Cruyff as well as the newly appointed manager Ronald Koeman.

This connection has been missing for some time. Maybe it is telling then, that the Barcelona squad has also been drifting further from their tradition for some time now. This was one of the reasons the club and its followers were excited when they brought in one of the brightest talents of the current Dutch team in the shape of Frenkie de Jong. The lad had been creating magic in the middle of the pitch for Ajax as well as his national team.

It would have been hugely inappropriate and unfair towards the youngster to expect him to have the exact effect in his first year at Camp Nou. But expectations were high, owing largely to the lack of any kind of creativity in this side, apart from Lionel Messi. That he wouldn’t live up to it in his first season was a given as Barcelona is not the easiest side in the world to get adapted to. The fact that he was often played out of his favored position did not help either.

The presence of a stalwart like Sergio Busquets in the position and the lack of creative ball players up ahead meant that rather than his natural defensive midfield position, Frenkie was pushed ahead or to the flanks. It is to his credit that he still did a decent job.

The 23-year-old is not willing to go complacent, though. He is convinced that his performances weren’t particularly bad. But he is quick to add that he is not satisfied, as he hasn’t had a good run of games either. This willingness to critique oneself is lacking in the current Barça squad, and that sets De Jong apart.

“If I speak about my performances, I could have done much better this year. I don’t think I have played many bad games, but I haven’t been able to have a run of really good games, either. I think I have been OK, but not good enough”

Things, however, may be going for a toss and rightfully so. After the drubbing Barcelona received at the hands of Bayern Munich, there is a lot of cleaning up to do. The axe has already been wielded twice, striking the manager Quique Setién and sporting director Éric Abidal. The former has been replaced by Ronald Koeman, former Barça player and Dutch national team manager.

Koeman has barely settled in his new office and hence, to ask whether he will be able to turn around the fortunes of a dilapidated side at Barça is premature. But if there is a player who is looking forward to playing under his instructions it must be the young Dutchman mentioned earlier. Frenkie de Jong has been a regular in the defensive midfield for the Netherlands under Koeman. He has been the reference point for the team that kept getting better and better and were looking confident for the upcoming Euros. It will therefore help him a lot to know that the man who knows his strengths and where he fits, will be in charge of the club.

“De Jong has not been played in his favoured position. With me, he will be played nearer to the defence”

Ronald Koeman in his presentation as a Barça manager

Koeman’s acknowledgement that the first year is difficult for any player that comes to Barça, is telling. He also pointed out that Frenkie has been playing out of position, before stressing that the best way to ensure great performances was to find the positions where the players fit comfortably. This, along with the fact that he warned the squad to show their commitment for the team or step aside, sends a good message for the youngsters and especially for Frenkie de Jong.

As shattering as the loss against Bayern was, this might be a blessing in disguise for Barcelona. For a long time, this team and its board have tried to cover up its cracks under the star-dust that Lionel Messi provided. This meant that a lot of deadweight has been lugging around, weighing the squad down. A shock treatment was necessary to wake them up and that has happened. The club has finally awakened to the fact that the team has to be recycled and renewed. Koeman himself underlined the point by saying that it is time to give younger players opportunities. Let us hope he sticks to his ideal and gets this team up and running once again.