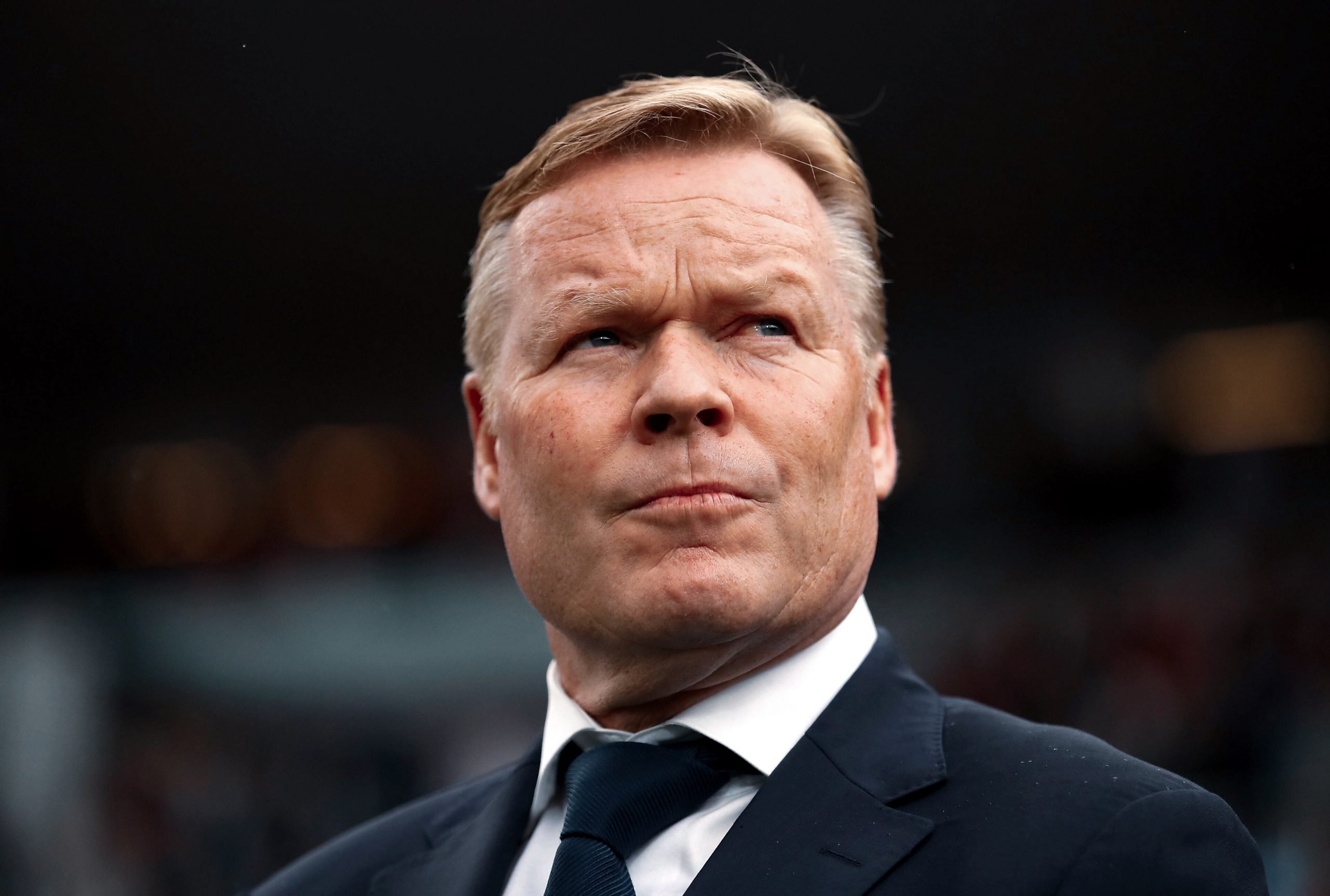 The future of FC Barcelona seemed to be in the darkest of pits in the summer leading into the 2020-21 season. The mighty Catalan side that had once marched across Europe with the gait of champions had been reduced to a pile of ash with a couple of rusty jewels here and there.

It was a decade-long tale that started at the pinnacle and crashed into the abyss. Managers across the world turned down the chance to sign for the club that was the best side in history not too long ago. Staying unemployed seemed a better option than taking on the mammoth responsibility of dragging Barcelona out of the hole they had dug themselves into.

However, there was just one man who was ready to shoulder the burden. One man who had a contract as the proud manager of his own nation but saw something in his former club that the others missed. A man prepared to risk his name and reputation for a task that many deemed impossible.

Ronald Koeman didn’t have the track record of a Jose Mourinho, the tactical genius of Pep Guardiola, the man-management of Zinedine Zidane, neither did he have the astute tactical knowledge of Thomas Tuchel. He had been labelled a failure for a vast part of his managerial career.

His last tenure in Spain ended with creating one of the worst dressing room environments in Spanish football history. His subsequent spell in England did not reap any rewards either. Despite being a household name as a player, his managerial career never took off. It was finally with the Netherlands national team that the Dutchman finally seemed to have a smooth-sailing run.

Yet, he left that stable, comfortable ground and headed to Catalonia to take over the reins at a club he once called home. Inspiring, yet a risky step very few would take given the circumstances. That very Ronald Koeman stands today in the Camp Nou with the Copa del Rey trophy and a very realistic chance of winning La Liga in his very first season with Barcelona.

In his nine-month tenure, the Barcelona manager has not had it easy. Indeed, the Dutchman has not been perfect, as several of his shortcomings have come to light so far, some more conspicuous than others. Questionable man management and substitutions, unpopular tactical approaches are just among a few of the many reasons for calls to replace him in the summer.

The frustration is understandable to an extent. After all, the side have failed to step up on the big occasions. With the single exclusion of Juventus in Turin, the Catalans have, time and time again, disappeared on the big nights. The positive run up into games against Atletico Madrid, PSG, and even El Clasico ended in disappointment.

Yet, one fails to remember that growth is relative, not absolute. Turning the clock back to June, a season devoid of humiliation is all that culés asked for. The very fanbase that cried out for a treble every season did not expect any silverware. There was a certain acceptance of the fact that this was a transition season.

It was going to be a period where it would be unreasonable to expect the jubilation and success that the club had seen in the past decade. Moreover, even as late as December, all that the fans wanted was a top-four finish and subsequent qualification for the Champions League, given the trajectory of the team’s campaign up until that point.

Today, the same Barcelona faithful rue over the fact that the club may not win a domestic double. A single defeat after a string of wins is enough to unleash the wrath against the manager. What one fails to consider is, that this manager is the very gentleman who made the supporters believe so much in a season that was considered dead and turned their fortunes around.

The tale of how Koeman has breathed life into a lifeless Barcelona side is nothing short of inspiring. For starters, it was a process that began as early as pioneering the exits of multiple veterans whom he deemed unfit for his plans. The most important, however, has been the Dutchman’s personality, and the subsequent change of mentality within the team is apparent.

Over the past few seasons, there have been desperate cries from Catalonia for a manager with character. A man whom the dressing room would not just abide but support with all their heart. Through a combination of his charisma and his status as a club legend, the manager has struck a great chord with the dressing room and also earned the respect of the heavyweights. The players have stood up for the coach even after the worst of defeats, which is the mark of a healthy dressing room.

Above all, how the former Barcelona defender has mentored and nurtured the youth stands out. If the likes of Ronald Araujo, Oscar Mingueza, Pedri, Sergino Dest and Ilaix Moriba are regular faces in the first team, and the credit for that goes only to one man. He has not shied away from providing these players with opportunities, even at the expense of senior players.

On their good days, he has been there to applaud but never left their sides on the rough nights too. He has been the first to commend the youth for taking their chances and never hesitates from making his unhappiness made clear when the execution is flawed either. As a result, this crop of players has matured and developed tremendously in the last seven months. The Oscar Mingueza, Pedri and Ilaix of today are far better players than they were on their debuts.

Regardless of all these statistics and accolades, the question still stands. What has Ronald Koeman done to deserve another season at the reins of Barcelona? The answer is simple: He has grown. He has developed, adapted and changed. He has learnt from his mistakes.

On a personal level, the manager has grown leaps and bounds as a manager. He has put many of the doubts about his incompetence to bed and shown that he can handle even the toughest of situations. He has put an end to his closed and narrow-minded tactical approach and started looking out for fresher pastures. After months of tinkering, he has found a formula that works. That, if nothing else, indicates that Koeman is ready to guide Barcelona for another mile.

The La Liga race at the moment is very unpredictable. None of the top three seem convincing enough to seal the deal. Needless to say, the race could go either way. If Barcelona do seal the title, the domestic double is a reason to celebrate like never before. In a ‘transition’ season, this no easy feat. However, if Barcelona misses out on the league title, it would be wrong to take all the frustration out on the manager.

The manner in which he has made Barcelona competitive and brought joy to the football on display once again is reason enough to show the Dutchman the appreciation he deserves. The beautiful link-up plays and wonderfully constructed goals that bring about so much nostalgia are worth much more than any title after last season’s debacles. Barcelona are in safe hands and must trust Koeman to take the team one step further next season. He has earned it.