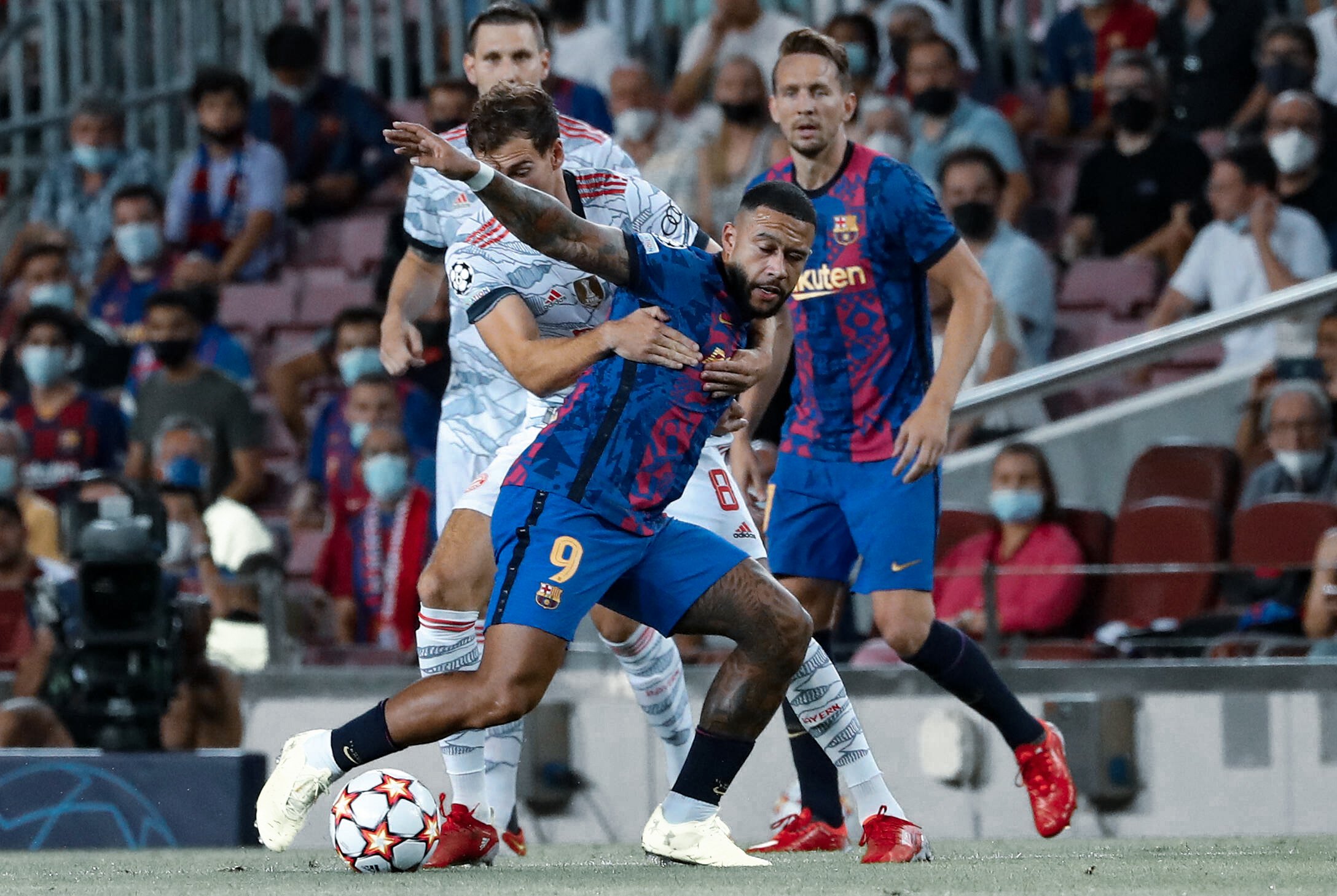 Another torrid European night for Barcelona ended in another humiliation at the hands of Bayern Munich, proving once again that the Blaugrana are not at a level where they can explicitly compete for Champions League glory.

The Catalans under Ronald Koeman have stumbled time and again at nearly every big hurdle, they have faced. The leadership of Koeman has seen some terrible precedents being set and some illustrious records being broken in all the wrong ways. Doubts continue to build over the Dutchman’s future at the club, which is ironic considering he believes he gave Barcelona a future since taking over.

Here are three lessons learned from another heavy defeat at the hands of the mighty Bavarians.

Of the virtually non-existent positives from the game, Ronald Araujo proved yet again why he should be the undisputed cornerstone of Barcelona’s defense in the years to come.

His incredible speed, physicality and awareness were on full display, meaning that he was the only defender who could keep up with the dangerous Bayern frontline, who tried to avoid going through him as much as possible.

Despite conceding three goals as a unit, Araujo was Barcelona’s brightest player on the pitch and especially at the back. Despite a nervy moment with a shove on Robert Lewandowski coming earlier on in the game, he was the only assured defensive presence for the Blaugrana.

New signing Luuk de Jong entered the field for a baptism of fire in his very first game wearing a Barcelona shirt. With Koeman strapped for options in attack, he had little choice but to send on the Sevilla loanee as a target man against one of the best teams in the world.

As the game progressed, it became more and more evident why Luuk de Jong’s arrival was so vocally opposed by the Barcelona faithful. The Dutchman seemed like he was lost during a stroll in the park.

The 31-year-old’s glaring lack of pace was very evident. Even on the rare occasions that he got into good spaces, he could not shake off the attention of the Bayern backline. Of course, his biggest strength is his aerial ability, but the rest of the team was unable to serve him with the right crosses to showcase that. And even so, there were occasions where he lost aerial duels with the Bayern defense too.

It was never going to be easy making a debut against one of the best teams in the world given all the history and the circumstances, but Luuk de Jong showed far too little. Hopefully, it was nothing but a slow start and he comes good for the remainder of the season he is at Barcelona.

One of the other positives from the game was the introduction of all the youngsters after conceding the second goal. Pablo Gavi, Yusuf Demir and Oscar Mingueza all came on earlier in the second half, with Alejandro Balde coming on in the 74th minute.

The introduction of Gavi and Demir brought about an immediate sense of urgency within the squad. The tempo seemed to increase ever so slightly but it was noticeable. Gavi and Demir were trying to actively get on the ball and charge forward, while the former was also getting stuck into strong challenges, albeit earning a booking in the process.

After Jordi Alba requested a substitution, the 17-year old Balde looked like the most fearless player on the pitch. Taking players on with his deft skill and demonic pace, he turned out to be a major unsettling force. A wonderful addition to the fray.

Mingueza was calm on the ball and attempted some smart sprayed passes including a great cross into a good area, which was defended well by Bayern. Balde, however, was the brightest introduction of the bunch. The fans will be hoping that he features plenty more this season.