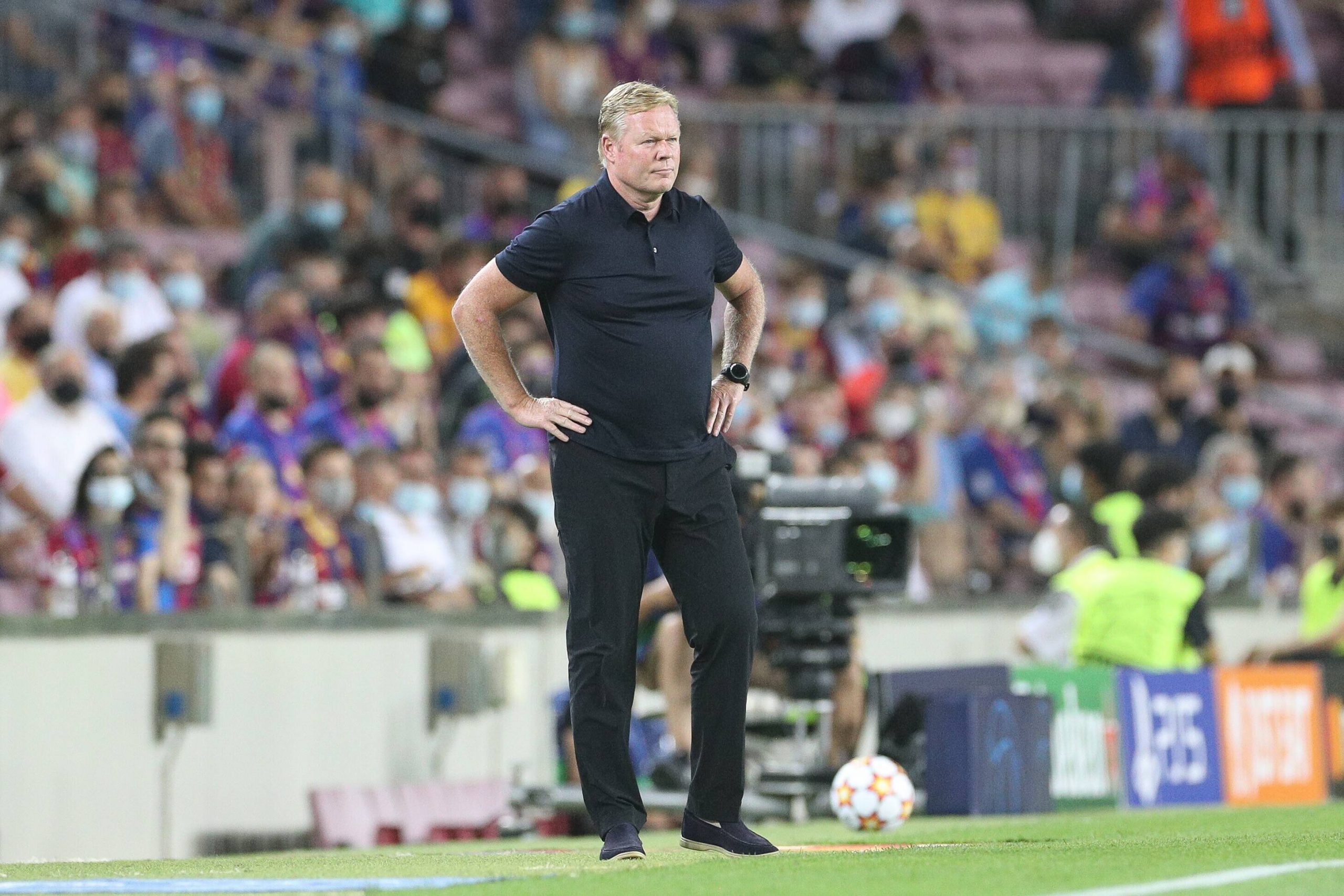 “Thanks to me Barcelona has a future.”

Two days ago, these were the staunch words of Ronald Koeman as he addressed talk about his contract renewal and any potential conflict with president Joan Laporta.

Fast-forward to the aftermath of the much-awaited Champions League opener against Bayern Munich, and Barcelona once again find themselves on the brunt end of another drubbing at the hands of the Bavarians.

A 3-0 defeat in front of the Camp Nou crowd, 40,000 of whom had returned to watch a European game for the first time since November of 2019. And the trend continued under Ronald Koeman, as they seemed to break all the wrong records.

For starters, the Catalans lost their opening UCL game for the first time in 24 years. It became the fifth game that they had lost by a 3+ goal margin, and out of those five, three came under the management of Ronald Koeman. The 3-0 loss to Juventus, the 4-1 loss to Paris Saint-Germain, and now against Bayern.

When faced with top-class opposition, much of the same woes have seemed to repeat. A trend that nobody associated with the club will want to really hop on. With the loss to PSG, Barcelona saw their seven-year unbeaten streak at the Camp Nou in the UCL come to an end.

All the hard work that went into setting these streaks and these records has been undone into oblivion. One can only help but wonder whether Koeman is fit to lead this club any further than the current season.

Granted, the conditions he has taken over in are not ideal, and he is not helped out by the club’s injury woes either. However, his management leaves much to be desired, and his far-from-subtle attack on the players in yesterday’s rather contradictory press conference raises even more questions about his man-management, which has already been under the microscope.

His case continues to get even more puzzling. If more unfavourable results follow, then Laporta will have serious thinking to do about Koeman’s future.