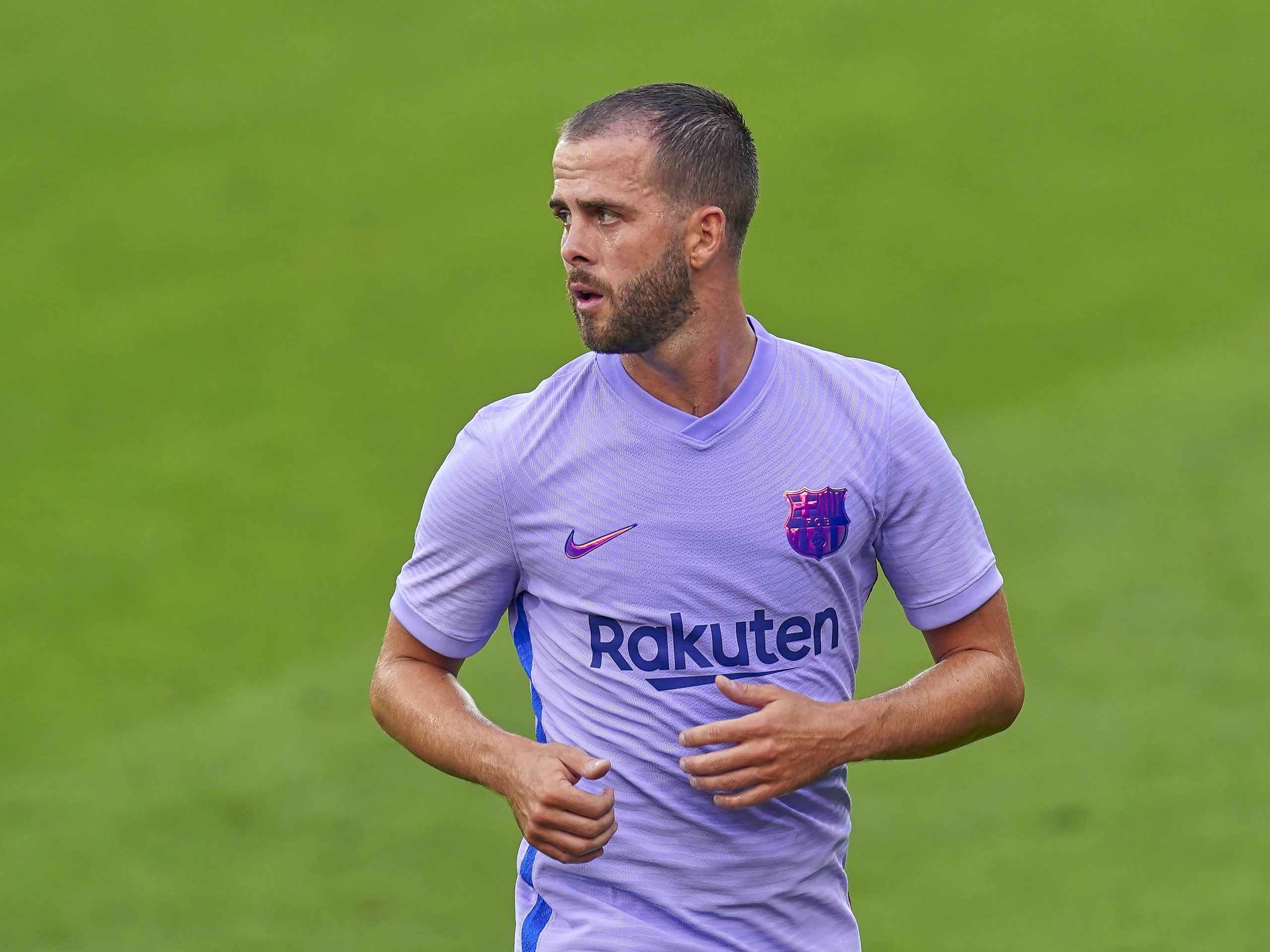 With Barcelona still looking for a way to offload out-of-favour midfielder Miralem Pjanic, a new solution may have presented itself to the Catalan giants.

It has been less than a year since Barcelona signed Pjanic from Juventus in a convoluted deal that also saw Arthur Melo move the other way. However, a separation is very much on the cards this summer after the Bosnian was reduced to a bit-part role in his debut season.

In addition, given Barcelona’s financial turmoil and the need to cut the wage bill, getting his €8.5million-a-year, or at least a part of it by offloading him on loan, would ease their troubles to some extent.

To that end, a return to Juventus has been talked about quite a bit of late, with the Bianconeri manager Massimiliano Allegri himself hinting at a move for Pjanic.

However, a new suitor has entered the picture for the 31-year-old midfielder. According to the print edition of Gazzetta dello Sport (h/t Sempre Inter), reigning Serie A champions have set their sights on Pjanic as a potential transfer target, in case their midfield mainstay Marcelo Brozovic leaves the club.

Barcelona have been striving hard to get Pjanic off the books for a while now. The Catalan giants even offered him a ‘letter of freedom’, wherein his contract would have been mutually terminated with the midfielder receiving some agreed-upon compensation.

But none of the efforts from the Blaugrana have yielded fruit. Pjanic, however, seems intent on a return to Juventus and with the Bianconeri also keen, there is an excellent chance that the ex-AS Roma man lands up at the Allianz Stadium.

As for the interest from Inter Milan, it looks like a difficult move to pull off, as firstly, it would hinge on the future of Brozovic and then Pjanic to agree to a move.