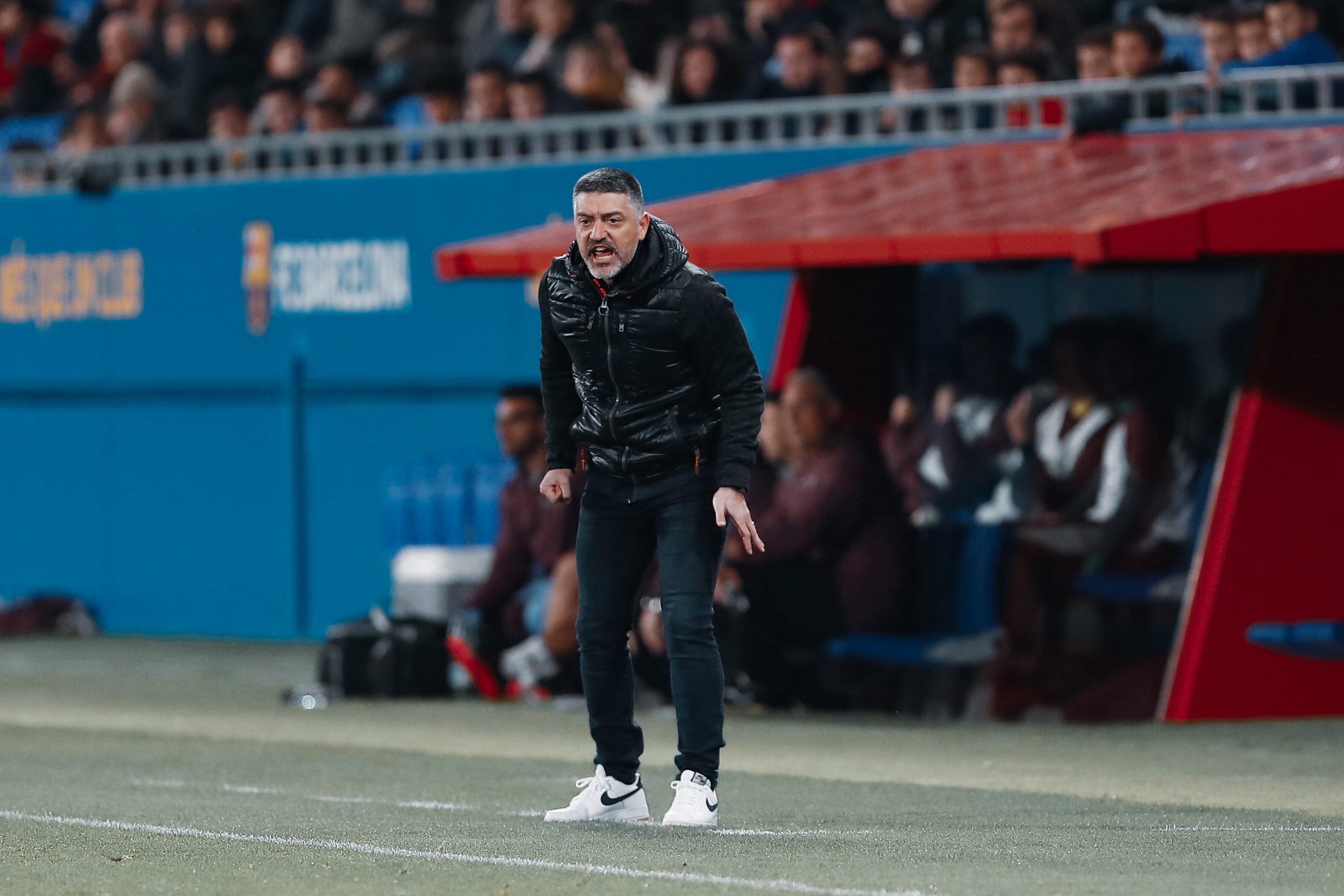 One game remains in one of the tightest La Liga finishes in recent memory, but all culés’ eyes are on another race. As Xavi Hernandez touched down in Barcelona the other day with a curiously large number of suitcases, the rumours of a change in coach have escalated. That coupled with Ronald Koeman’s underwhelming first season in charge means Barcelona may be one step closer to having four coaches in two years.

Koeman has earned his plaudits, particularly for leading the Catalans to the Copa del Rey title. Still, the home stretch of this campaign has unfortunately exposed his tactical shortcomings, making it seem unlikely that he will be given a long-term project at the club.

President Joan Laporta is faced with a tough task. In his first summer since being elected for a second term, he needs to rejuvenate a broken squad while making the right choice about who will lead it. Barcelona have been a revolving door of managers in recent years, and that has to end sooner rather than later.

Reports have revealed a number of leading candidates, including Ajax’s Erik ten Hag, Xavi, and Barcelona B coach Garcia Pimienta. Each come with their own set of pros and cons, but Xavi seems to be the most probable choice.

Still, there are many reasons that Barcelona B head coach Garcia Pimienta should be given priority as the Catalans’ next coach. He was tied to the position when Ernesto Valverde was sacked in early 2020 and when Quique Setien was let go later that year, and now is the right time for this long-overdue opportunity.

Born in Barcelona on August 3, 1974, Francesc Xavier Garcia Pimienta is as Blaugrana as they come. At 12 years old, he joined the club’s youth system and rose through the ranks. The winger made 68 appearances with the B team before making his first team debut on May 26, 1996. Unfortunately, he failed to cement a spot within the senior side and was loaned-out on multiple occasions, eventually retiring at 29 years-old in 2004.

Once retired, Pimienta returned to his boyhood club, where he already served as a youth team assistant coach in 2001, while he was still a player. He worked his way up Barça’s coaching ladder, starting with Cadete A, where he was an assistant to the team that had players like a young Lionel Messi and Gerard Piqué. Over a decade later, in 2015, while still at the club, Pimienta became assistant coach of the B-Team.

He then took over the Juvenil A (the under 19 A team) and helped them win their respective league and UEFA Youth League. He became Barça B’s head coach at the end of the 2017/18 season following the departure of Gerard López and has been there ever since. Pimienta took over at an inopportune time, with the team having multiple losing streaks of over five games. But, since then, he has helped guide them to two consecutive promotion playoffs, albeit they have lost both on penalties.

With nearly 30 years total at the club, Pimienta exalts loyalty, dedication, and determination. In fact, he is currently Barcelona’s longest-serving coach. His experience alone makes for an impressive résumé, but that is not all he has going in his favour.

Throughout his coaching career, Pimienta has been instilled with Barcelona’s tactical philosophy. With the B-team, the 46-year old employs the club’s heralded 4-3-3, along with a style that is dominant in possession and positionally fluid. As it should be with any youth team, his side prepares players to play the “Barça way”. The centre backs are taught to be comfortable in possession, being the primary outlets for buildup.

Whether Nico Gonzalez or Jandro Orellana, the single pivot or defensive midfielder drops into the space between the two centre-backs. This is followed by constant movement and fluidity from the attacking players, such as a centre-forward moving deep or wingers moving into space behind them. Out of possession, his teams are high pressing, but also not afraid to be more pragmatic too.

In all, Pimienta has instilled immense tactical intelligence in his players, full of smart off-ball movement, numerical overloads and quick switches of play. One of the major concerns with Ronald Koeman this season has been a lack of tactical discipline and in-game management, and those worries would all be thrown out the window with Pimienta. Xavi has shown flashes of positionally-fluid attacking football with Al-Sadd in Qatar, but Pimienta simply has a longer track record.

It is no coincidence that Pimienta’s coaching of the B-team has been in line with one of Barça’s best generations of talented youth players in recent memory. His style is ultimately disciplined and organized, something Barcelona desperately need, especially with so many inexperienced youngsters coming into the fray.

Besides his clear tactical know-how, Pimienta has also proven to be notable with player-management and development. This is especially critical as he has spent his entire managerial career with youth teams.

Much like Xavi and Koeman, Pimienta would likely have the pull of the locker-room given his past relationships with the players, whether the veterans he once coached like Messi and Pique or the youngsters he developed and nourished like Riqui Puig, Ronald Araujo, Oscar Mingueza, Ilaix Moriba, and next season’s incoming Alex Collado.

If Barcelona are looking to the future with a core of these aforementioned youngsters, promoting Pimienta at the same time would do wonders for team harmony and confidence.

While Xavi is a club legend and would have the respect of any locker room he steps into, Pimienta’s close relationship with Barça’s next generation of players is another added bonus.

To be as impartial as possible, there are a few counter arguments that come with promoting Pimienta. One common hesitation is that he has only coached lower division football. Namely, how does that success or experience translate to La Liga or the Champions League? There is no doubt that coaching the senior team is an entirely different beast and for many detractors, no amount of experience will ever be enough, but Pimienta has all the tools necessary to excel.

Additionally, some have voiced concerns about the B-team’s failure to secure promotion to the second division in consecutive seasons. There are also some tactical questions raised, given a lack of the B-team’s full-backs pushing up and being involved in the attack, contrary to Barça’s style with Jordi Alba and Sergiño Dest’s crucial roles in attack, and the team’s pragmatism at times.

Nonetheless, the first concern about results can not entirely be attributed to Pimienta, and the latter, in terms of style, would likely change based on personnel.

A promotion 20 years in the making

In conclusion, all signs point to Xavi as the be-all-end-all, but Pimienta has been tailor-made and groomed for this role for years. Besides representing and instilling everything, the club stands for tactically and philosophically, Pimienta’s experience speaks for itself, despite not managing at the highest level. Together with the youngsters he once coached, he can help propel Barça into the future.

At the end of the day, Pimienta may not have the résumé of more world-class coaches, or even the playing career of Xavi, but sometimes, a risk like this can bear the greatest rewards. On the other hand, to offset any so-called risks, promoting Pimienta would also open a space in the B-team that Xavi could fill, giving the latter much more experience in the process.

This is a promotion 20-years in the making, and it’s only right for Laporta to give him this much-earned opportunity.