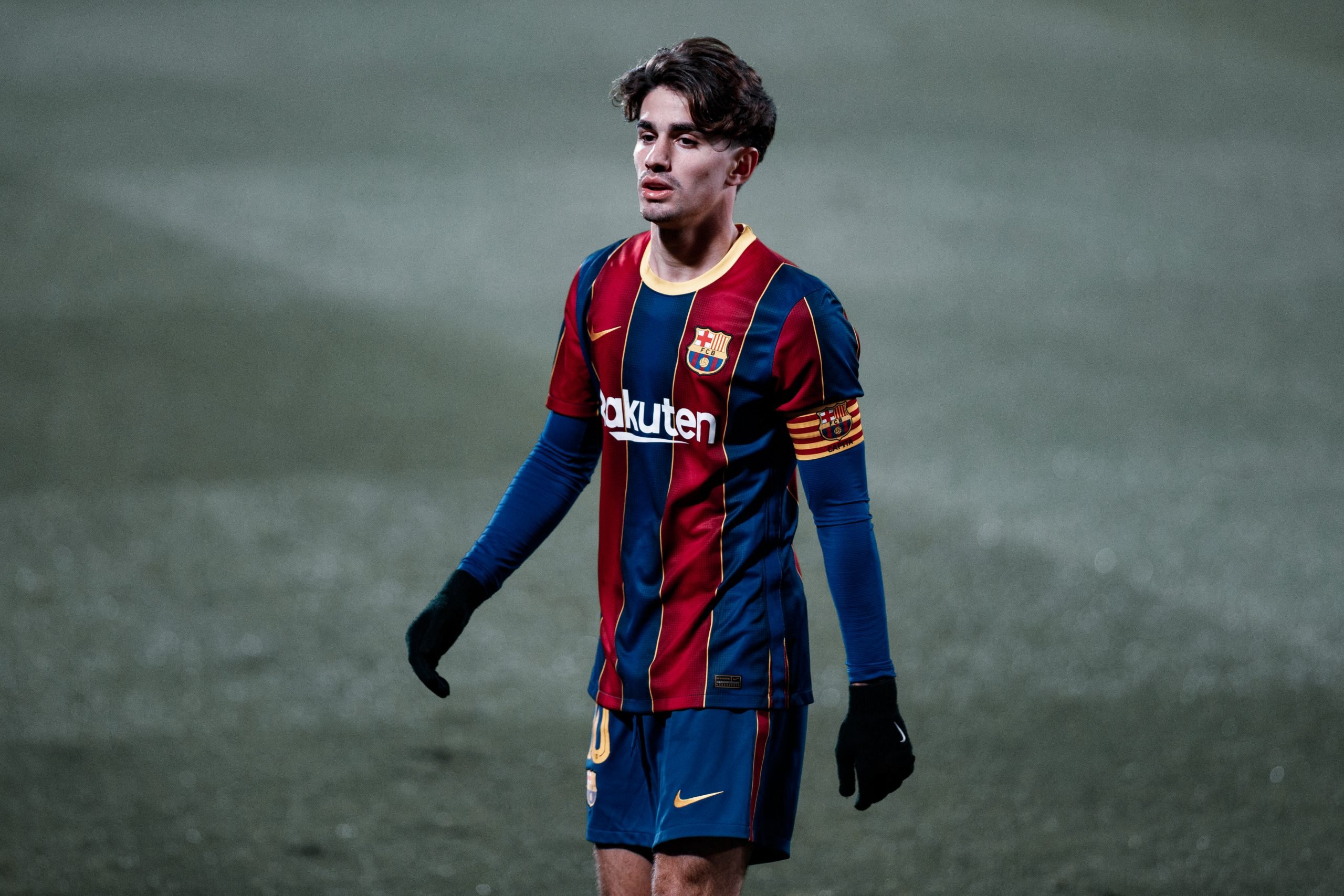 Alex Collado has been consistently one of the best players of the Barcelona B setup, and it is high-time he receives the promotion that has been overdue for way too long now.

Just a 30-minute drive from Geneva, Nyon is located on the western shore of the crescentic Lake Leman. The buzzing excitement among the spectators gathered at the Colovray Sports Center was apparent. The 20th of April, 2018; a highly-anticipated day not only in Nyon but all over the world as the finals of the UEFA Youth League were set to be played. Garcia Pimienta’s Juvenil A would face Manchester City’s under-19s in a matchup which would become a special one for many reasons.

A one-goal victory whcih was part of a nine-goal thriller, wonderful performances by the English forwards including Rabbi Matondo, the prodigal Alejandro Marquez forcing Pimienta to deploy Abel Ruiz on the wings. However, one of the points of interest, the performance by a thin, floppy-haired midfielder from Barcelona, outshone all others. That was the first step in the journey of Alex Collado, a day he gave hope to Barcelona fans around the world. Hope that is yet to be fulfilled.

Including a driven free-kick into the bottom corner half an hour into the match, Collado was the dictator, rather the director, of the midfield. Almost every attack went through him, he was the key to Barcelona’s transitions, and the protagonist in a side with personalities such as Jnadro Orellana, Riqui Puig, Carles Perez, and Abel Ruiz to name a few.

Alex Collado’s performance was an indication that La Masia continued to churn out incredibly talented players. The void formed by no players after Sergi Roberto breaking into the first team was a worrying issue for Culés, but Collado was the spearhead of an up-and-coming generation for Barcelona.

2020 is about to end, and Collado continues to put in Man of the Match displays in the Segunda B for the Barcelona reserves team, after returning from an injury. Meanwhile, the resignation of Josep Maria Bartomeu among other incidents means Barcelona are undergoing a major period of transition. If there is a perfect time to introduce Collado into the first-team dynamics, it is now.

First, let us understand what makes Collado such a talented player. As much as the aesthetic appeal of a left-footed right-winger with incredible elegance is enticing, there’s much more to the 21-year-old’s game. Playing as a right-winger often, Collado is adept at playing in midfield as well. Even as a winger, this is apparent as he looks to drift towards the middle frequently. From here, he can make the most of his excellent technique.

With a velvet first-touch, close-control akin to the very best, the Spaniard glides past opponents effortlessly before launching a pass over the defence into the path of a running teammate.

Collado’s can do a lot with his left foot. Whether it is by getting free-kicks to dip much sooner than physics would decide, or by finessed shots that decide to curl into the goal at the very last moment, or even through passes that spot space that didn’t exist a moment earlier – Collado’s magic is apparent.

Why should Collado be promoted?

However, to supplement his skillset, there are many ways in which Alex Collado could benefit the first-team tactically.

Something we see regularly is a lack of directness down the wings. This makes it harder for Barcelona to play against a low-block and is one of the reasons the team has lacked incisiveness down the wings. Collado can take on a player in a 1v1 situation. Granted, Konrad De Le Fuente is much more suited to that task, but he lacks the playmaking and passing ability that Collado has.

If the 1v1 situation doesn’t work out, the 21-year-old can still rely on his passing and vision to cut in and provide passes to the players making runs.

Recently, against Real Valladolid, Sergino Dest put in an excellent shift, proving that he more than meets the eye. Dest is best when he has attacking freedom. He likes to dribble a lot, take on players and play accurate crosses into the box. As he progresses further up the field, it naturally leaves space behind him to be exploited. This is something Collado could contribute to.

When Dest moves up the field, Collado could occupy the wide-midfield spot. Here, he will be able to recycle possession as well as be a reliable passing option. His link-up play would greatly help here, as quick one-twos would also help the team transition down the right.

When Messi starts on the right-wing, he tends to drift centrally, which leaves Dest isolated on the right often. Collado could be the player to restore balance down the wings, solving a lot of problems for the midfield.

Alex Collado is still just 21 years of age, and barring a few injury concerns, has shown incredible consistency as well as quality in his performances for the B team. Considering the state the first team is in, Collado’s ability and the ways in which he can help the first team, it seems the correct call to promote him from Barcelona B.