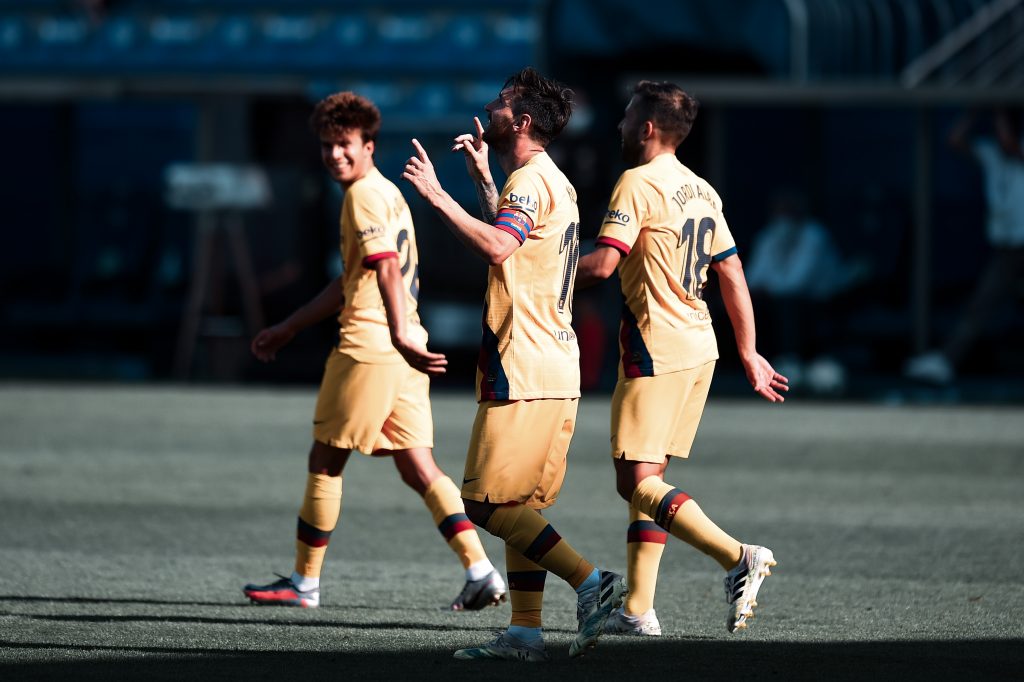 Lionel Messi managed to secure his seventh Pichichi prize after achieving his 24th and 25th goals of the league season against Deportivo Alavés. While these have not been the ridiculous figures we are used to seeing from Leo, he continues reaping individual awards.

It has not been the best year for Barcelona, and this could be the first season in a long time in which the blaugranas end trophyless. But, nonetheless, some things don’t change. Once again, Lionel Messi finished as the Pichichi of La Liga, an award assigned to the player with the most goals scored in the league campaign. Messi managed to score 25 goals in the Spanish top flight this course, including the two he netted on Sunday against Alavés, in a 0–5 victory from the Catalans at Mendizorroza.

After a scoring drought, and being pressured into the race by Real Madrid’s Karim Benzema, Messi knew he couldn’t be left empty-handed in La Liga. While Karim had 21 goals scored, Messi had 23 before matchday 38, so a Benzema against Leganés would have given the Frenchman his first long-awaited Pichichi. However, Leo knows how to work under pressure and, although losing the title has brought frustration among culés, he was able to take away something from this disappointing season. Though individual prizes are not the most important thing for the Argentinian.

“It’s secondary. I always said that individual awards are always the least of it. I would have liked it to be accompanied by La Liga”

But, although Messi has now won his fourth consecutive Pichichi in a row, breaking a new record in doing so, he is the Pichichi with the fewest goals since 2007. The last one was Real Madrid’s Dutchman Ruud Van Nistelrooy, who recorded 25 goals in the 2006/07 season. This certainly leaves much room for debate and makes us think that maybe something is not working with Messi and the club at the moment. For several reasons: the heavy schedule after the break, Quique Setién‘s tactics, or simply a dip in form, fatigue or a stylistic evolution from Messi.

In fact, Messi’s least scoring season since winning his first individual distinction was 32 goals, seven more than this season. Even so, he has managed to continue contributing differently upfront. Fewer goals, more assists. Lionel has maintained his average goal contribution, participating in 46 goals of Barcelona’s total 86, thanks to his 21 assists during the campaign in La Liga. Still, it is certainly impressive to see Leo with such a low figure of goals. A brilliant season for any player, but somewhat surprising for Messi’s standards. That is why Leo is a victim of his own success.

Lionel Messi’s goalscoring record came in the 2011/12 season, with 50 strikes in 37 games | Photo by Cordon Press / Miguelez Sports via Imago

Besides, after his brace and assist on Sunday, Messi, according to some sources of statistics, has participated in 1,000 official goals during his career: 703 goals and 297 assists in 867 matches between Barcelona and the Argentine national team.

Despite winning the Pichichi, Messi will not be able to retain the Golden Boot as the season’s top scorer of the European leagues. That achievement, for the moment, may be attributed to Robert Lewandowski, who has converted 34 goals for Bayern Munich in the Bundesliga. Lazio’s Ciro Immobile, with 29 goals, and Juventus’ Cristiano Ronaldo, with 28 goals, still have several days left in the Serie A, but Lewandowski is standing strong up top.

At the moment fans must stop underestimating Lionel Messi’s great season. Even for his standards of perfection, he continues to make history and continues to win individual awards. This upcoming rest, though, could allow him to return to an even better level for August’s Champions League, with the hope of leading Barça like never before in the European tournament and also in the next campaign with more goals and assists.