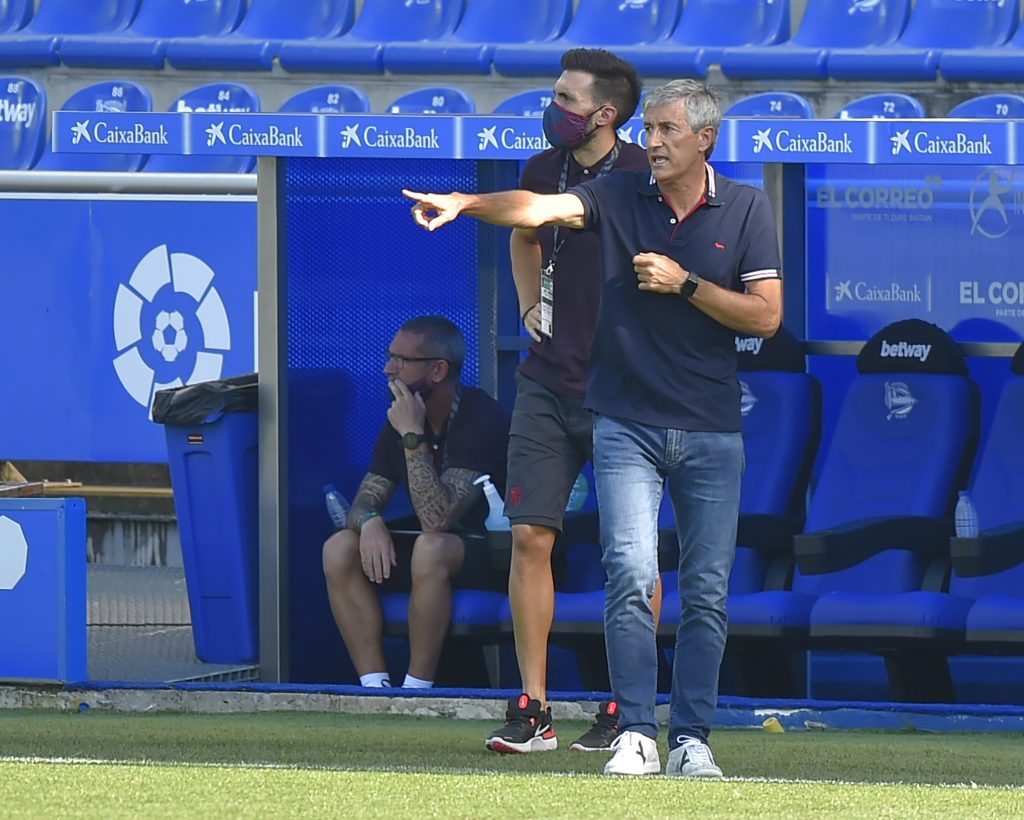 After a 5-0 hammerring of Alaves away from home, Quique Setién spoke to the press about his team’s performance, Fati, Puig, Araujo, his future, his relationship with Messi, and more.

On the result
“We had a bad experience in the last game, but today we were good and effective in front of the goal.”

On Fati, Puig and Araujo
“Fati, Araujo and Puig are the club’s future. They showed it today. These players are the future of the club. They show quality and responsibility. One day, they will be great players.”

On his future at the club
“What matters to me, is the future of the team and the club. Not my future.”

On Messi’s words
“Messi’s words didn’t worry me at all. I’m a part of this great club. I don’t care about the things that people are talking about. My entire focus is on how to make the players confident about my work and ideas. When Messi says there is a problem and critcizes the performance of the team, the goal should be to improve the team.”

On his team’s flaws
“Sometimes we are disorganized and more prone to concede. This is something we are working on.”

On his relationship with his players
“I feel supported by everyone in the team. If there was no support, I would have made another decision.”

On the upcoming game against Napoli
“We have a two-week period to prepare well for Napoli.”