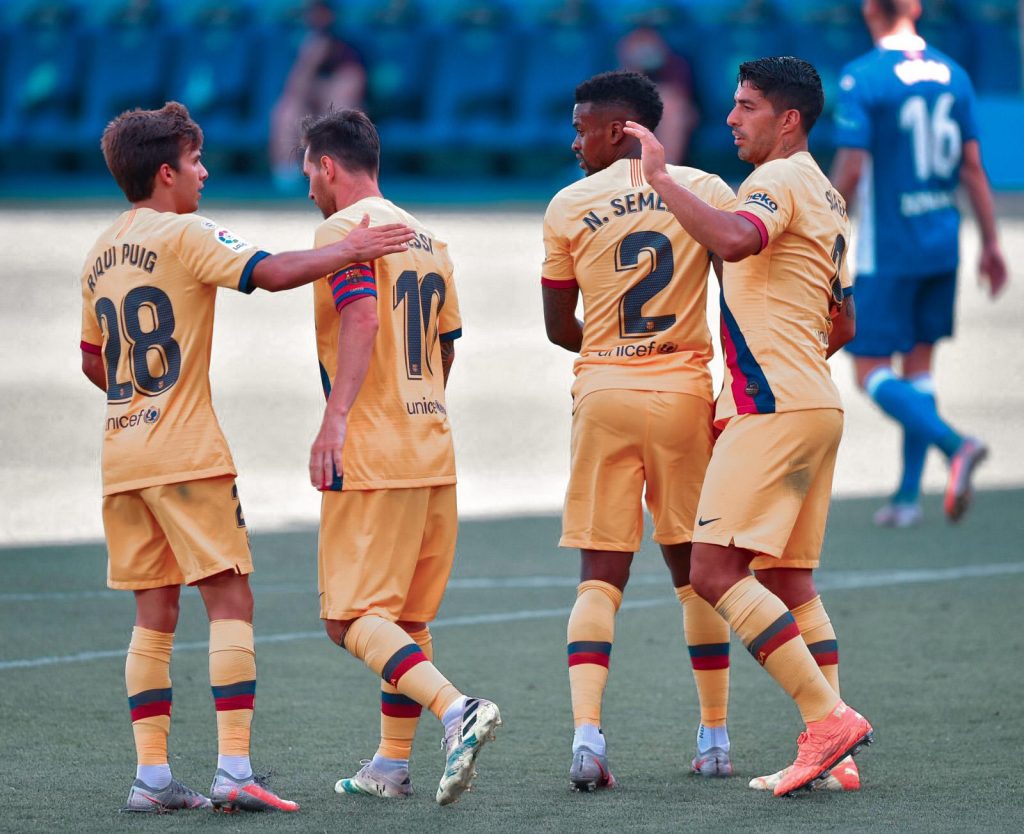 A match summary / review of the Alaves 0-5 Barcelona game.

After losing the La Liga title to Real Madrid, Barcelona had to show their fans some character with an away win in the Basque region. Against an opponent that was already safe, Barça had an exhibition and should play like this every game. A complete demolition for Alavés and many of the Barça players got some energy for the rest of the season, mainly Suarez, Messi, and Puig. Leo also added to his goal tally and broke the assist record in a single season in La Liga. All in all, a good night for the Catalans.

With nothing but pride to play, Barça had to win at the Mendizorroza to keep the momentum for the Champions League. The Catalans’ mentality changed drastically from the Osasuna game, as they played with purpose and relieved as they didn’t have to go toe to toe with another five-at-the-back formation. Alavés were open and let Barça play, as their heads were undoubtedly at the beach as they survived last Thursday. However, Alavés’ performance should not discredit the Culés’ efforts, and they finished the half with three clear goals from the front three.

First, it was Messi for Ansu as the Argentine magician broke the assist record in La Liga with an absolute peach of a chipped ball for the youngster. Ansu’s run facilitated the play, and it ended in the back of the net easily. After that, Riqui Puig made every Culé proud as he recorded his first league assist with an easy pass towards Messi who finished it smoothly in the bottom corner. Then, it was football champagne as Messi’s dinked ball came towards Jordi Alba’s feet, and the former Valencia defender passed it to Suarez for another easy finish. It’s worth noting that the Catalans hit the woodwork three times in the opening twenty minutes with shots from Puig, Vidal, and Messi all shaving the post. Also, Suarez could’ve had a brace as he missed an unforgettable one-on-one after the first goal. Great half from Barça, not from Alavés.

The last half of Barcelona’s 2019/20 La Liga season ended well, with the club following their scintillating first half with another highly impressive second half. With the Champions League approaching, this was the best way to show their fans that Barça are still in contention and can play well. While they didn’t score a lot in the second half, they retained the ball well enough to keep Alavés far away from their goal.
The Culés made three subs, as they only had three outfielders on the bench and Nelson Semedo replaced an injured Clément Lenglet as Sergi Roberto went into the midfield and Vidal played as a centre-back.

Semedo also got his name on the scoresheet as Riqui Puig recorded another exquisite assist. The Portuguese’s powerful finish ended in the top corner and the keeper could not do anything about it. The joy of the game was seeing Frenkie de Jong taking Sergio Busquets’ place as a single pivot and having a stellar game there, normal as it is his position. Alavés’ demolition continued as Leo Messi rounded the mark with another fierce finish in the Alavés corner and this goal should seal yet another Pichichi award. Barça continued to control the game and ended the game with a five-goal margin and end the campaign with 82 points.

That brings an end to the Alaves – Barcelona match summary.