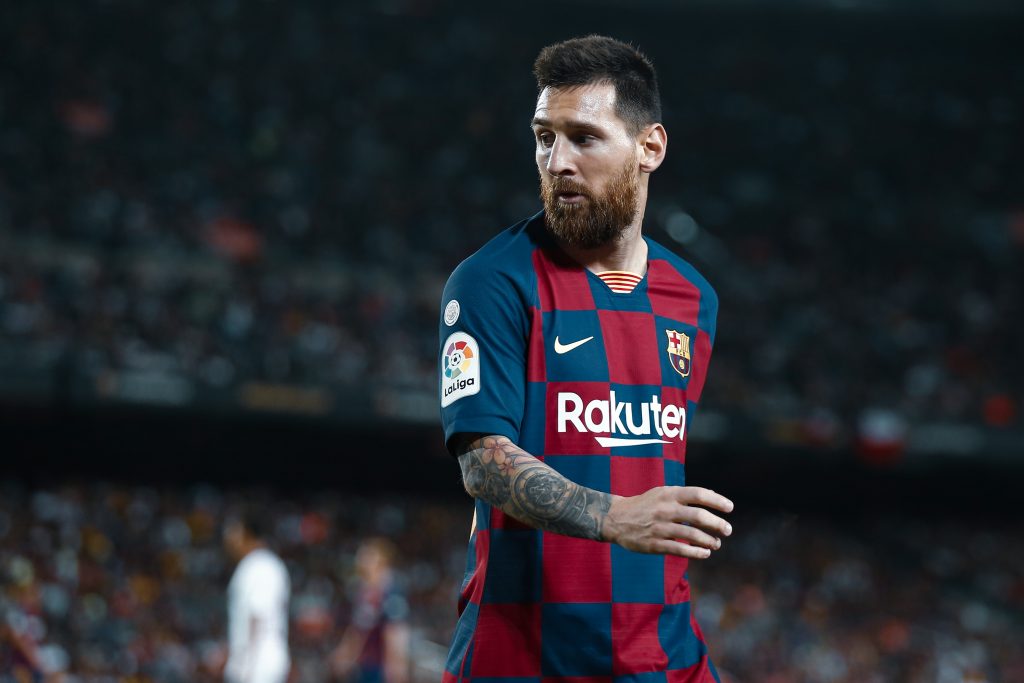 While there are several valid criticisms of the performance of the Barcelona manager, there has been one major factor he can’t control. The stats show that Lionel Messi has been in a bit of a goal scoring slump since Quique Setién took over, which has certainly made his job harder.

It would be incorrect to pin the failures of Quique Setién and his Barcelona all on the recent drop off in the finishing of Lionel Messi. However, since taking over at Barça, he clearly hasn’t had the luxury of a Messi in his best scoring form. While previous managers, mainly Ernesto Valverde, were constantly bailed out of poor results by incredible Leo goals, the numbers show Setién has been very unlucky in this department. Therefore, we will be taking a look at what those numbers are, what they mean for the manager’s performance so far, and what they mean for the future.

One might try to argue that the arrival of Quique Setién has caused Lionel Messi to take up fewer goalscoring positions. While he certainly has been providing frequently in recent matches, Leo’s expected goals actually show the opposite of that claim.

Expected goals is a stat which represents the probability of each shot resulting in a goal, taking into account factors such as the location of the shot and the type of pass it came off of | All stats from Football Reference

This chart compares the Argentine’s non-penalty expected goals per ninety minutes from the previous two La Liga campaigns, as well as the current one split between the two managers. Clearly there was a remarkable drop off for Messi at the beginning of this season with Valverde as manager. With his expected goals being cut in half, the number ten was not getting into anywhere near as many good shooting positions as before.

Although, since the appointment of Quique Setién in January, the expected output of Lionel Messi was back on par with the previous two La Liga seasons. This rejuvenation which occurred after the new manager’s arrival was a sizeable one. In order to fully grasp the difference for Messi under Valverde versus under Setién, let’s take a look at the distribution of his total non-penalty expected goals this season.

An astonishing 70% of Leo’s tally have come in matches with Setién as manager, as opposed to just 30% in matches under Valverde. Making this even more impressive is the fact that the Argentine has played the exact same amount for both managers so far this season: 1,170 minutes. Getting one of the world’s best finishers better chances certainly seems to bode well for Setién. Nevertheless, far fewer of these chances have been actually finished off.

It’s a weird thing to say about a player leading the race for another Pichichi trophy as La Liga’s top goalscorer, but Messi has been in a scoring slump in recent months. Especially for his ultra-high standards, the Argentine has under performed for Quique Setién in terms of his actual goal numbers.

While Messi’s expected goal chart saw a massive decrease this season under Valverde followed by a return to normal under Setién, that is not the case here. There has been another decrease from last season to the start of this one, but this has been followed up by a further decrease since Quique’s arrival.

Quite astonishingly, 70% of Leo’s non-penalty expected goals came with Setién as manager, but only 35% of his actual goals. This shows quite remarkable over-performance by the number 10 in terms of making goals out of nothing under Valverde. But it also shows the amount of chances Lionel Messi has failed to convert under Quique Setién.

What this means for Setién

Whether you’re a fan of him or not, it’s undeniable that Quique Setién has been massively unlucky in not having the huge advantage of peak Lionel Messi finishing. How many times in the last few years has Messi pulled off an incredible long-range effort or curling free kick that completely rescued Barça? On the contrary: how many times in recent months have we seen Leo just miss the target on a chance you would have bet all your money on him scoring? For instance, this shot against Celta de Vigo, which was put wide of the goal:

While the manager has undoubtedly made errors, he hasn’t had the luxury of his predecessor in which Messi seems to make up for them. This can be seen especially in Setién’s two draws and two losses with Barcelona in La Liga. In these four matches, Messi had a combined expected goals of 1.9, but he didn’t score at all. Two goals in these matches – or maybe even three considering Messi averaged one goal for every 0.66 expected goals ( excluding penalties ) in his two full seasons under Valverde – could have seen Barça gain multiple crucial points in the title race.

There was certainly no way Quique Setién could have accounted for this drop in finishing from the Argentine. For a player who consistently performs well over his expected goals to suddenly drop and actually perform below them is something truly unpredictable. With Messi firing in goals at the rate he was under Ernesto Valverde, Barça could very well have been top of the league right now. With this in mind, it’s clear that Setién is undeserving of some of the criticism he has been getting.

This is in no way blaming Barcelona’s struggles in the title race on Messi. Obviously, he has still been the blaugranas‘ most important player, even with his goal rate dropping. Rather, this is just using the data to give Quique Setién credit for having to deal with an issue that other Barcelona managers have not had to.

The positive of all this for Barça fans is that this is just a temporary slump for Messi. It happens with all great athletes, and Leo will soon bounce back and return to his usual self in front of goal. When this happens, it will be a scary site for opposition defenders. As mentioned previously, Lionel Messi has gotten far more chances under Quique Setién this season than he did under Valverde. So, when he regains his clinical form and starts putting them away at a higher rate, the goals should come flying in.

With that in mind, this serves as a major reason to give Quique Setién more time and patience. He has made some inexcusable errors that shouldn’t just be swept under the rug, but he has also been quite unlucky. If he can learn from his mistakes and set up the squad in the best way possible, those improvements could coincide with the resurgence of Messi’s finishing. It is hypothetical, but that would return Barça to a level at which teams are scared to play against.

• Do or die: why the Atlético de Madrid game is the title decider for Barça