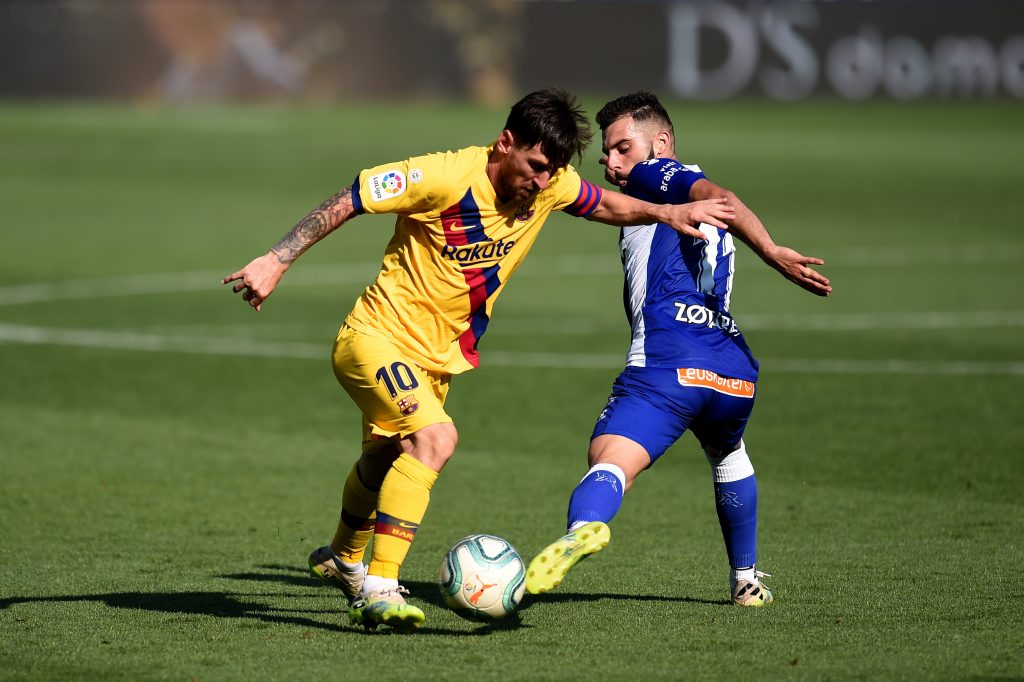 Lionel Messi spoke after La Liga’s last game of the season, in which the Argentine had an absolutely brilliant performance. Barcelona managed to beat Alavés 5-0 away from their home.

After the last game, Messi burst and explained that a lot needs to change if they want to win the Champions League, but today, the 33-year-old was very positive about his team.

“We are leaving with better feelings to think ahead about the Champions League.”, said Messi.

When asked about winning the Pichichi most likely for another season (La Liga top-scorer), Messi explained that it is not important: “The top scorer award is not an important thing. I wish I could win the league.”

“Today, we saw something different from the team in difficult ground. This is very important for what is coming for us. The attitude and the commitment the team has shown today is the way to go.

“We did our self-criticism behind closed doors. We didn’t have a great league season. We can’t let teams want the win more than we do. We need to be more consistent.”, added the Barcelona legend.