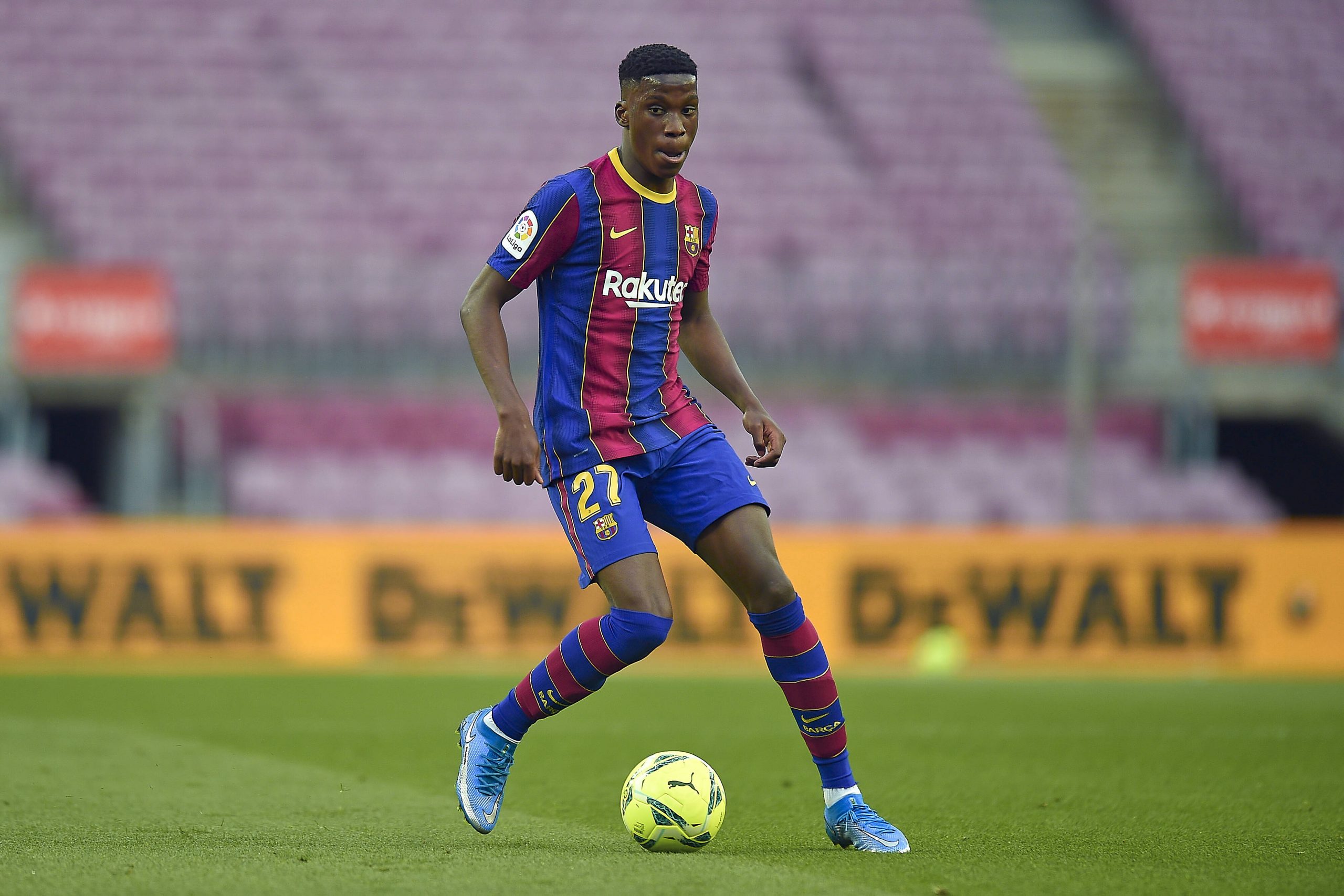 Amid plenty of uncertainty regarding teenage sensation Ilaix Moriba’s continuity at Barcelona, reports from La Vanguardia suggest that the footballer does not see any reason to leave the club and wishes to continue in Spain for the foreseeable future.

This news arrives during a time when there has been a lot of speculation about Ilaix, with plenty of Premier League clubs reportedly gunning for his signature. One of these clubs is Manchester United, but despite the lucrative nature of the move, the teenager would prefer to stay in Spain.

With Georginio Wijnaldum deciding to snub Barcelona to sign for Paris Saint-Germain, Ilaix Moriba will benefit greatly, as he has climbed rather high up the pecking order for Ronald Koeman at Barcelona. He participated in 14 games this season, with Koeman seeming to prefer him ahead of Riqui Puig or Miralem Pjanic, who is most likely on his way out.

The report states that Barcelona will meet the teenager and his representatives on the coming Tuesday, which is the 15th of June, to advance negotiations about a contract renewal, which will include a promotion to the first team, a three or four-year contract and an increased release clause from the current 100 million euros price.

The Rogon agency, who are now the La Masia graduate’s new representatives, will be in charge of the negotiations from Moriba’s end. This comes after reports that they have been asking for a lot of additional fees, which has slowed down the renewal talks.