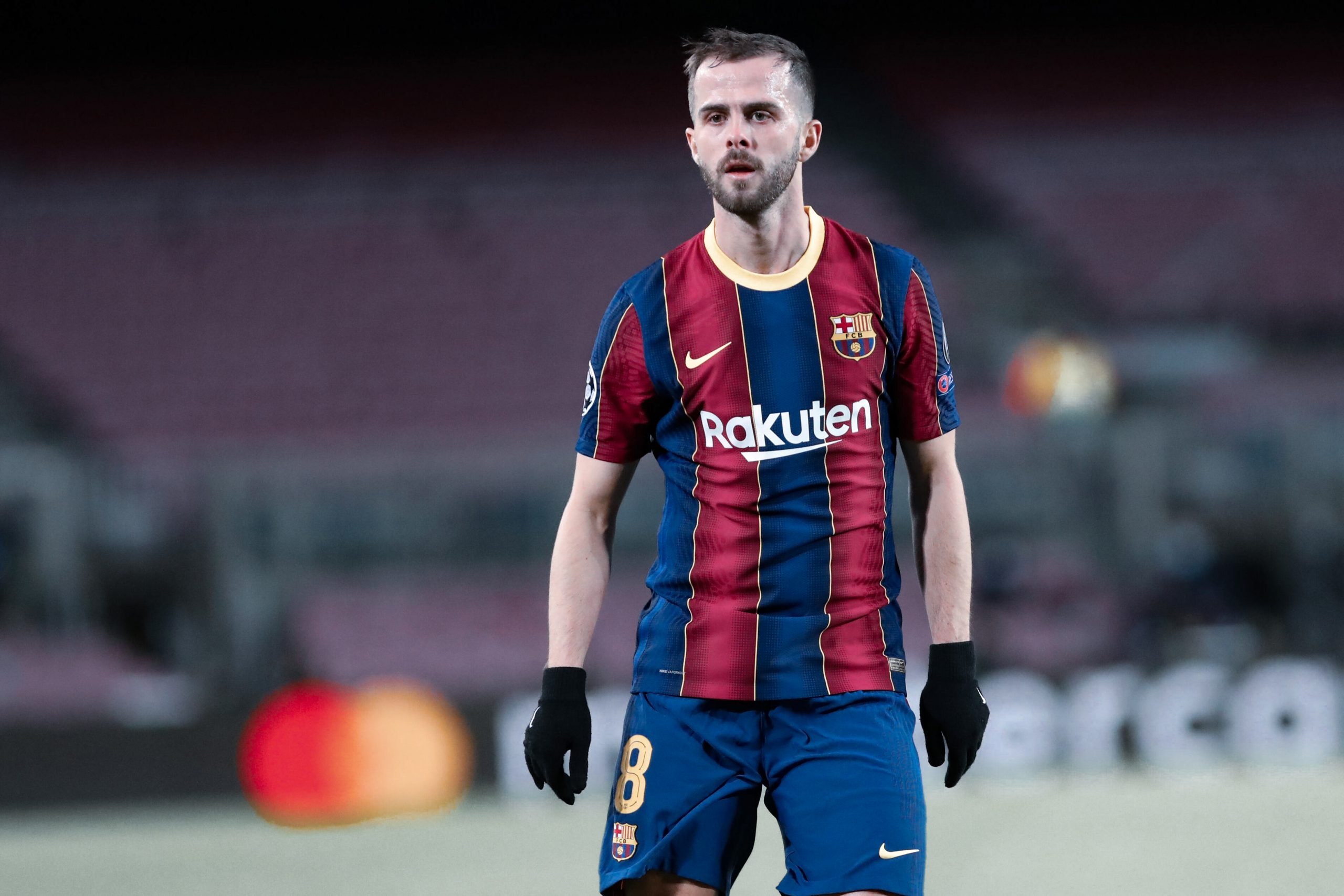 The irreplaceable void left by Andrés Iniesta has, to this day, arguably proven to be the crux of Barcelona’s issues in midfield. Despite attempts to find a dignitary replacement, the number 8 jersey once donned by the legendary midfielder has not yet found a successor worthy of inheriting the iconic kit. Miralem Pjanic, one of the heritors, has evidently found life tough at Barcelona in his first season, failing to make a prominent impact at the club he dreamt of playing.

As much as his signing would have been appreciated a few years ago, the Bosnian was put in an unfavourable position from the very beginning. Arthur Melo’s controversial departure, which paved the way for Pjanic’s supposed swap deal, was a move that did not sit right with many. Albeit Arthur was by no means the ideal Iniesta replacement either, his fresh blood, similarities with La Masia players and high ceiling were undeservedly repaid by a transfer to Juventus, which most claimed to simply be a ploy to ‘balance the books.’

Of course, Pjanic had little to do with how the moves panned out, considering he was innocently seizing an opportunity like none other. However, it was clear from the get-go that marshalling support was never going to be a walk in the park. For a player that was past the peak of his powers, a mountain was left for him to climb in order to turn his doubters into believers.

Arriving at the club in a state of turmoil, Pjanic had to deal with expectations weighing in on him. Desperate to find individuals capable of papering over Barça’s glaringly obvious cracks, Culés were anxious to see how the former Juventus man would fare in the red and blue garnet.

Pjanic’s initial few months at the club consisted of brief cameos as a substitute. The 31-year-old did not acquire the chance to fully express himself, but it was evident that fans were eager to see more. Koeman saw this potential, and the Bosnian earned a start in the game at Turin against Juventus; the midfielder rewarded Koeman’s trust with an excellent performance against a well-grounded team. He exhibited more than a glimpse of what he had to offer in the starting XI, despite the shortage in playtime thus far.

Proving to be a crafty midfielder, who may not be regarded as a skilled dribbler, but possessed a range of progressive passes to manipulate the opposition, he effectively cut off former ties with Juventus, lifting his status at the Catalan club.

A few days after, the Blaugranas squared off against Alavés and were down 1-0 at halftime. Koeman made the decision to sub on Pjanic for Busquets at the break, who displayed his finest display in an Azulgrana jersey. He added a great deal of dynamism and always looked to play the ball forward when receiving it in deeper areas. Showing a versatile range of passing, it seemed inevitable that the Bosnian would become an integral part of the team.

As opportunities still arose rather sporadically – with decent displays, yet nothing out of the blue –, Pjanic was not fully satisfied, making his disdain clear off the pitch. In an interview with Gazetta Dello Sport, the 31-year-old claimed to be upset with minimal gametime and was unsure as to what more he could do to earn Koeman’s trust. Pjanic’s wishes were then granted against Juventus in Barça’s second encounter against the Italians. To many’s dismay, the midfielder had an absolute howler, not justifying his demands for increased playtime in any way whatsoever.

Sergio Busquets gradually began to re-establish himself in the line-up, pushing out Pjanic, who could not even make the most of games where the Spaniard was not present. Those taxing expectations during the early stages of the season steadily crept on him, and with age sparing no athlete either, Pjanic struggled to showcase his best version on several occasions.

Entering 2021, Pjanic’s pre-existing truncated popularity began to dwindle even further. In January, playing Cornella in the Copa del Rey, the number 8 was presented with a chance to redeem himself and make amends with those who questioned his abilities. Woefully, that was simply the final nail in the coffin for Pjanic. Ineffective in the middle and unable to make an impact, he could have still found his name on the scoreboard through a penalty, yet a seemingly panicky Pjanic made a hash of the opportunity and missed.

Gradually, he began to be deemed as replaceable as the competition just kept rising for him. Eventually, in the second half of the season, he just became one of the few midfielders almost entirely banished from Koeman’s XI. Complaints in the media were recurrent. Still, nothing was enough to warrant him consistent time, which was not only due to his own shortcomings; but also due to the environment surrounding him.

Sergio Busquets’ resurgence in the 3-5-2 formation brought a new lease of life to Barça’s gameplay, while the emergence of youngsters like Ilaix Moriba made matters worse for the veteran midfielder. That goes without saying, he just was not adept enough to rise up the odds, simply expecting chances on the basis of his status; rather than performances.

A pivotal factor for Pjanic’s decline was his inability to control the tempo of the game. In addition, at times, he could appear to be somewhat rushed in his calculations, as was seen in the game at Benito Villamarin against Betis.

A season that began with potential for so much more but pitifully ended in vain. Judging from how Pjanic’s season progressed, it would not be fair to rule out a transfer. Barcelona, under a board with new ambitions and motives, would be keen to offload their deadwood, a category which the former Juve man undeniably falls under.

Pjanic had the ability to offer a dynamic profile in encounters, especially with his wide array of passing. Nonetheless, he simply exhibited his talent in patches and was neither a long term asset to rely on. Betting on the youth was not only yielding results for Koeman in the short term; but also created hope for the future. Given the underwhelming season he had, Pjanic’s season rating is as close to a 4 out of 10 as possible.