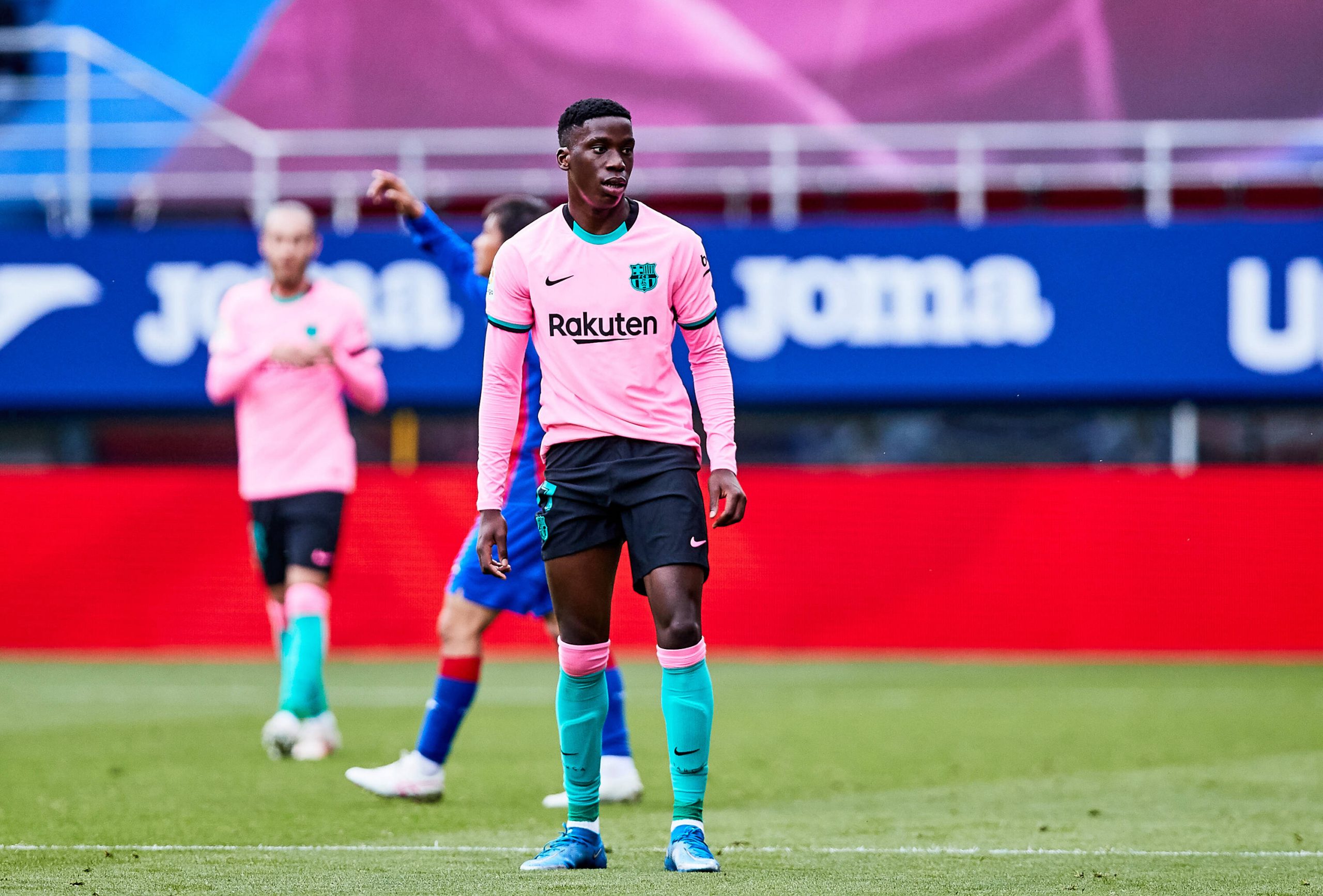 According to recent reports from RAC1, Barcelona are struggling to find an agreement with their teenage starlet Ilaix Moriba. After breaking through to the first team under Ronald Koeman, the midfielder has stated that he wishes to stay at Barcelona multiple times.

However, the youngster is now signed to a new player agency who are managing his dealings. The agency are reportedly asking for a very high fee, one that Barcelona have expressly stated they are unwilling to match.

Moriba has a contract with Barcelona in place till 2022, and is reportedly set to earn his official promotion to the first team at the beginning of next season. The midfielder’s current deal contains a buyout clause of 100 million. While a high price, it is well within reach of many top clubs who have reportedly been interested in the 18-year old previously.

In current times, as Barcelona grapple with unprecedented financial instability, every penny is priceless. Agent fees are not a luxury the club can afford to splash out on. The transfer strategy has been very no-nonsense from a monetary standpoint, with Laporta securing two free transfers already, with two on the way.

Moriba’s renewal was apparently one of the priorities for the new board during the presidential elections, but a whirlwind of activity in the market has followed, which could push this matter to the side for a few weeks.

He has played 18 games for the first team this season and has seemingly climbed above fellow La Masia midfielder Riqui Puig for a starting spot in Koeman’s setup.