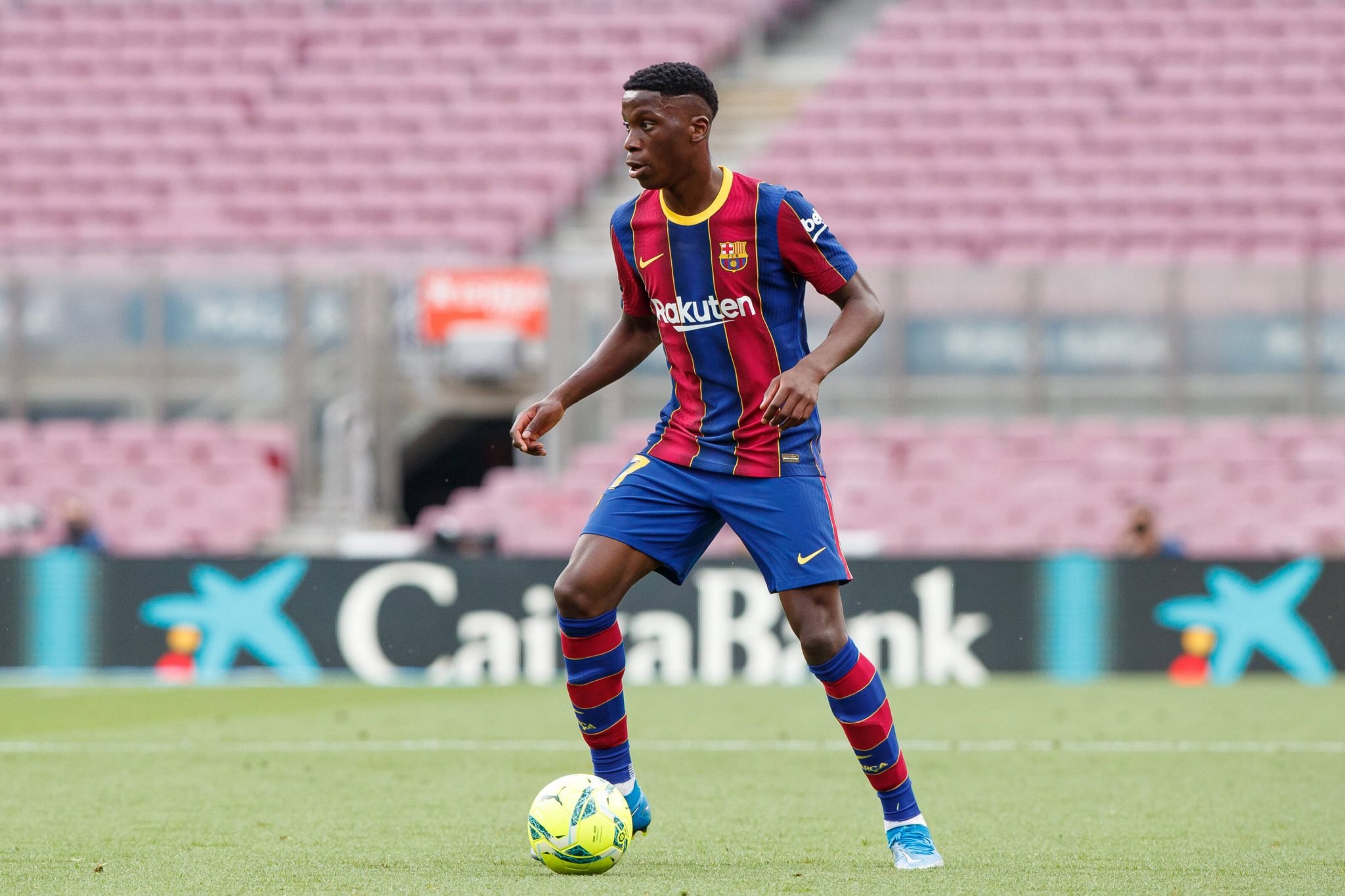 In a terrible season for Barcelona, the emergence of 18-year-old Ilaix Moriba was one of the very few positives for the club. However, his contract will run out in 2022. As per the reports from the Catalan media, his representation’s demand for the renewal is way higher than what the club is offering. This has complicated the renewal negotiations.

According to Mundo Deportivo, as many as three big clubs from Premier League are attentive to the situation of Barça’s breakthrough midfielder. The clubs in the discussion are Manchester City, Chelsea, and Manchester United. These clubs are convinced that Ilaix has a great future and are willing to offer him a deal if the renewal talks break down.

Ilaix is one of the many players in the current team who have spent their entire youth years at Barcelona. The 18-year-old produced some excellent displays at fag end of the season and climbed up the stairs in the pecking order above Miralem Pjanic and Riqui Puig.

During his previous spells, Joan Laporta had developed a reputation as a president that likes players coming from the youth ranks. Many players, including Sergio Busquests and Lionel Messi, came up from the youth teams during his previous stints. Earlier this year, the Spanish media had reported that promoting some of the top talents from La Masia will be one of Laporta’s priorities.

That said, it’s important to consider that Barça will also sign Gini Wjinaldum in the coming days. The Dutch midfielder shares a similar profile to Ilaix and will compete with him for a place in the XI. Wjinaldum was one of Ronald Koeman’s favorite players during his time at the Dutch National team. Also, he has way more experience than Ilaix, which puts the youngster at a slight disadvantage.

At the club, there is no doubt that they want to keep Ilaix, but the footballer and his representatives will have to lower their claims if he is willing to continue at Camp Nou.