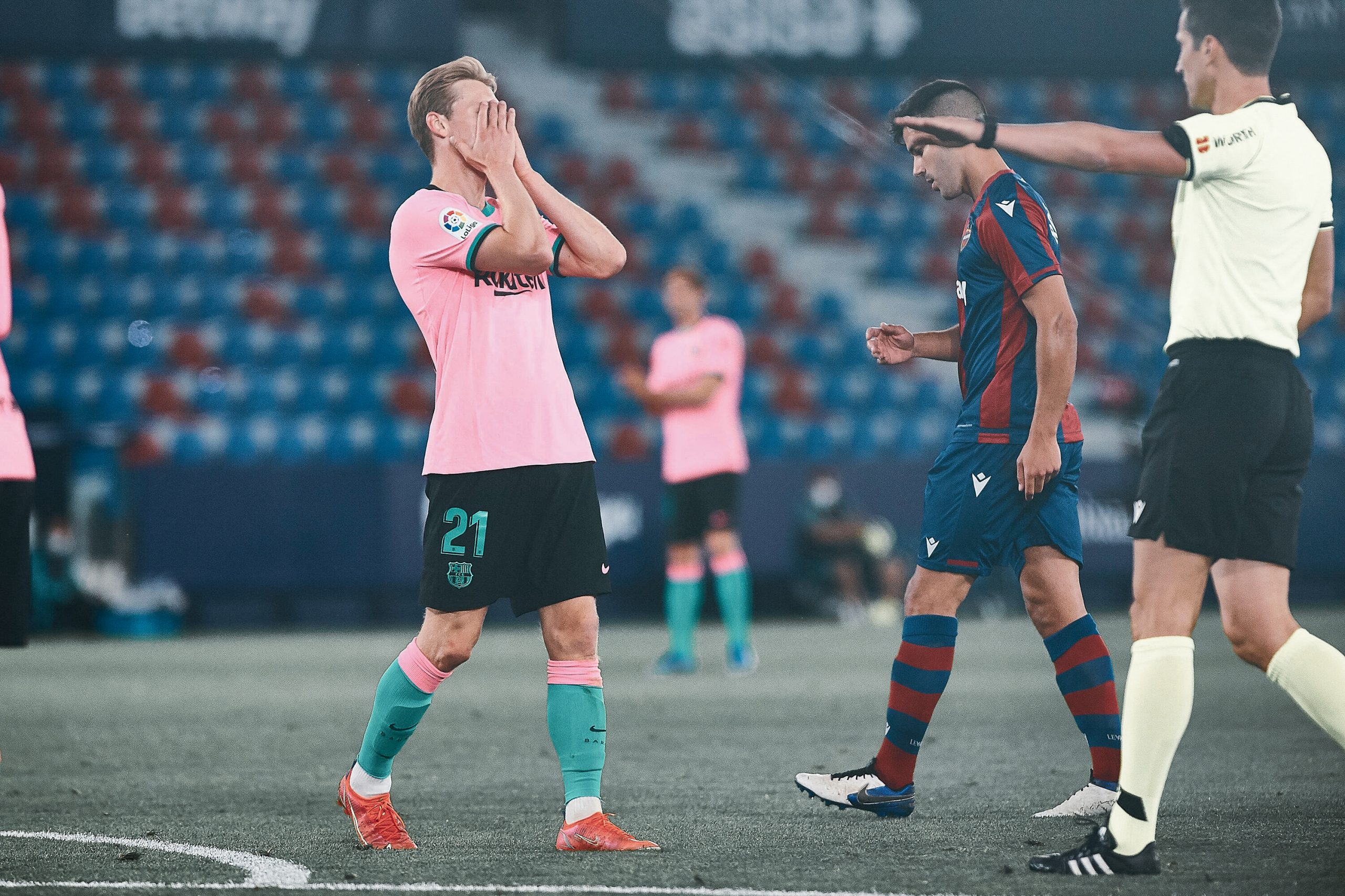 With Europe’s most exciting title race entering its final weeks, Barcelona were first on stage to open up the action of round 36. With the Catalan side’s fellow title challengers facing tough games this week, a victory was essential for Ronald Koeman’s men to put the pressure on the rest of the pack.

Barcelona started the game like a house on fire with two good chances falling to Pedri in the first five minutes of the match. That fire was put out for the following 22 minutes, as the Catalan side fell into a pattern of being too predictable but was once again ignited by the brilliance of Lionel Messi, who opened the scoring. Barça continued to create chances through the Argentine and would grab a second through Pedri after Ousmane Dembele did well to cut the ball back to the youngster, leaving it 2-0 at the halftime mark.

Barça suffered throughout the second half as Levante launched waves of attacks. The Valencians pulled one back through Gonzalo Molero on the 57th minute, before a beautiful strike from Jose Luis Morales levelled the score three minutes later.

A brilliant Dembele finish helped the club take the lead, but there was still more drama to come. Barcelona were made to suffer for the remainder of the half and eventually conceded with seven minutes to go, leaving the Catalan’s title hopes in pieces.

Here are the takeaways from a devastating night for Koeman’s men.

Tonight’s draw should be the end of the line for FC Barcelona in this season’s title race bar any massive slip-ups from the two Madrid sides.

The draw leaves Barça one point behind Atletico Madrid and one ahead of Real Madrid, having played one game more, but the confidence the two Madrid sides will take from the result should push them ahead towards the title, leaving Ronald Koeman’s men with their regrets.

The draw comes in a series of poor results of late, but it was undoubtedly the most disappointing, having been in full control of the game at halftime. The comeback will raise more doubts over Koeman’s future, as he once again showed his limitations as a manager through poor tactics and substitutions throughout the second 45.

Mathematically it is still possible for Barcelona, but the requirements needed leave the Catalan side with a miracle on their hands if they are to lift number 27.

When the line ups were announced, it came as a shock to many that Ronald Koeman decided to start Ousmane Dembele in the right wing-back role, considering the Frenchman’s history of not tracking back. Dembele offered his pace going forward and contribute majorly to the scoreline.

However, defensively the winger looked frail and required both Ronald Araujo and Sergio Roberto to cover for him, which ended up pulling both out of position when Levante attacked. With Roberto left thinking for two, it might have been a factor in why the Spaniard switched off for Levante’s first two goals, deeming the decision the wrong one.

The rest of Koeman’s disastrous decisions came in the second half in the form of substitutions. With Araujo having to go off injured at the halftime break, the Dutchman’s decision to bring on Roberto was mind-boggling, considering Oscar Mingueza was sitting on the bench.

The second bad decision was to take Dembele off when the game was far from being over at 3-2. Dembele offered a major threat going forward and was the only threat, along with Lionel Messi for Barça. The possibility of an equaliser was still there, as the Valencian outfit were still attacking, and the decision to bring on Sergino Dest to solidify the back was costly when a fourth goal was required.

Finally, as seen on many occasions throughout this campaign, Koeman decided to blindly throw on subs in the form of attackers.

The Dutchman does not seem to understand that he does not have to use all five, it is just a precaution for this crazy season. Throwing on player after player often does more harm than good, as it can disrupt the rhythm of the team. The final three subs on the night offered nothing going forward, and when Barça needed a fourth, the tools needed were on the bench.

Ronald Koeman’s poor in-game management has been on show all season, but this game takes the cake.

3. An overreliance on Messi

Although the first half can be deemed heaven compared to what followed, a factor that stuck out like a sore thumb was Barcelona’s continued reliance on Lionel Messi. Barça started the half very quickly with two chances for Pedri but for 22 minutes after did nothing due to Messi’s inability to get into the match.

The Catalan side were very predictable, and no one was able to step up to offer a threat to Levante. It was once again down to Messi to break the deadlock and continue to create the chances throughout the rest of the half. Ousmane Dembele stepped up to help, but it is a worry that the Frenchman, along with others, could not do it on their own.

This was evident again in the second half as Messi was involved in the third goal, but once Dembele went off, Barcelona looked like they were done.

The team has relied on Messi’s brilliance for too long now, and if the Argentine is to stay, it must be a necessity to bring in world-class talent to aid him in the club’s pursuit of the biggest trophies.

If it were not for the six-time Balon D’or winner, where would the club be this season? Will he be here to save the club next season? The answer to that question alone should scare everyone associated with the club.