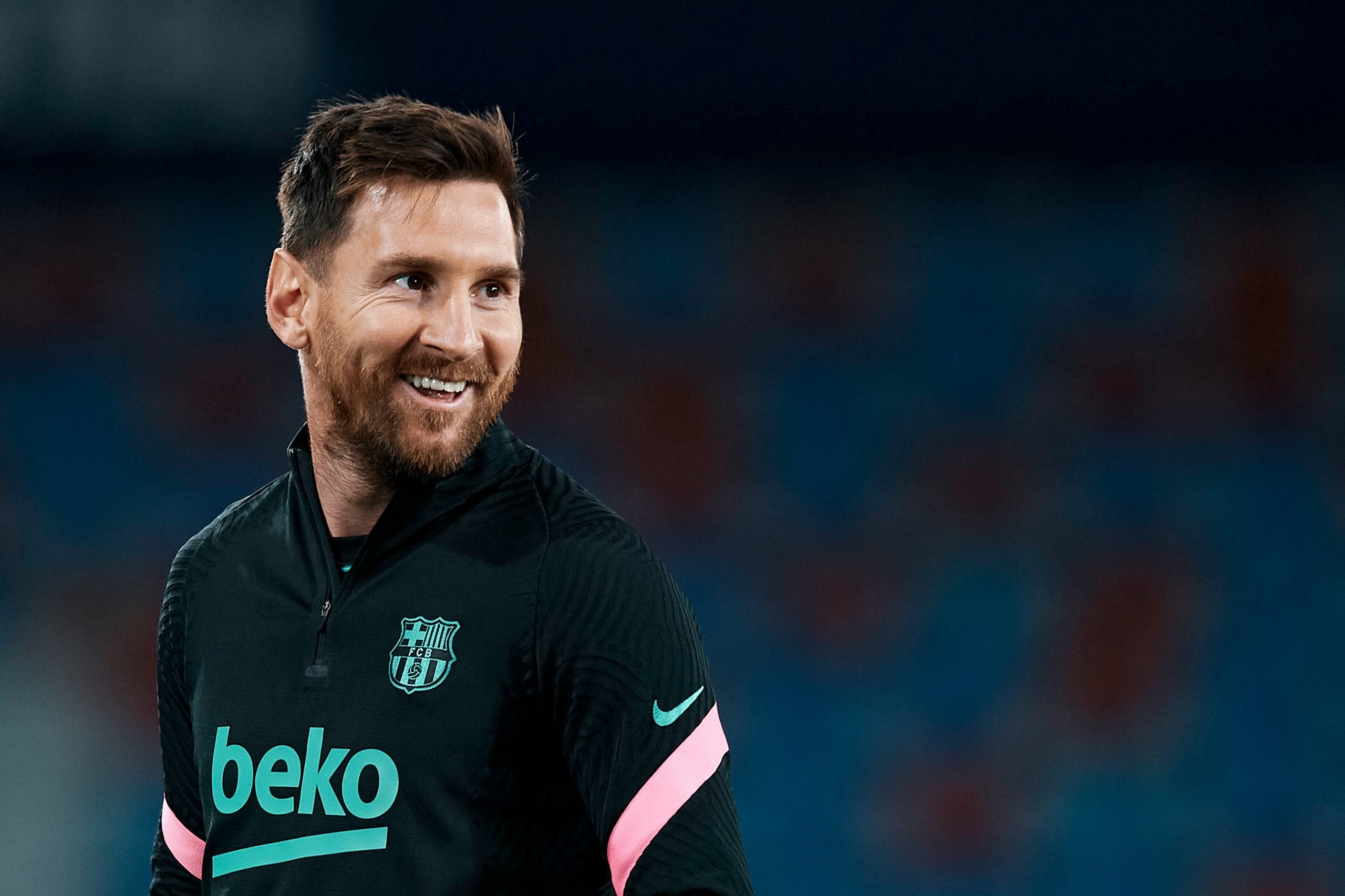 The end of 2020/21 is slowly but surely approaching the end for Barcelona and their fans, so does the moment of reckoning. Lionel Messi’s future is yet to be decided, but whatever his decision ends up being, we should get the answer sooner rather than later.

At the moment, it’s still anybody’s guess. The media have their own views, of course, and Leo is either definitely staying or definitely leaving, depending on who you ask. So it’s best to let the papers do the speculations while we focus on things we can predict and analyse.

We know that this decision must be a very difficult one for Messi but there are surely things that can help him make it, one way or the other. Some factors, for example, might increase his chance of staying while others may do the exact opposite.

So what exactly are those determinants and how can Barcelona and Joan Laporta ensure they make the right step towards Leo’s contract extension? On the other hand, what are the things that could push La Pulga farther away from the Camp Nou?

Let’s get the obvious one out of the way right away. Messi has a lucrative contract at Barcelona, and any club wishing to lure him away from Catalonia would have to be prepared to break the bank, quite literally. But is it really about the money for Leo at this point in his career?

By the time you finish reading this article, Messi will have made more money than most of us will ever earn in our lives. Of course, you can never really have enough, but it is safe to say that for the final stages of his career, the Argentine jewel could be looking for something more concrete than that.

Regardless of whether he decides to stay or go, he will continue earning a lot of money, that much we’re certain of. But maybe contracts don’t exactly have to be about money and money only. Maybe Messi wants to have a contract that won’t pose any ultimatums to him anymore.

Remember the whole fiasco last year when he wanted to leave? Whatever happens in the future, Leo will probably make sure he’s never put into that kind of a situation ever again. So if Barcelona can make him that promise and ensure he gets the final say and the freedom to decide his own future, that might just push him towards the staying option.

On the other hand, of course, other clubs wanting to get his signature will likely aim to play the same card. But as we’ve already mentioned, the contract itself may not be as high in the motives hierarchy, so it shouldn’t be what ultimately decides Leo’s fate.

Another pretty straightforward one. For years now, we’ve been hearing the same thing over and over again – Barcelona are lacking a reliable and promising sporting project that could convince Leo to stay. If there’s one thing we know about Messi, then that’s that he wants to win. All the time.

That’s one of the things that haven’t changed about him over the years. The passion, the conviction, and the relentlessness of his will to win are as strong as ever. If Barcelona want the best player in the history of sports to continue donning the Blaugrana colours, they will have to ensure the rest of the squad is as competitive as they get.

It’s also imperative to mention one more thing – this doesn’t mean that Laporta has to buy all the biggest stars on the market. Quite the contrary, even. Barcelona have never been about splashing the cash and even though that has changed in modern times, so has their level of success. With the whole ‘Galactico’ approach, the Catalans have seen their efforts crash and burn over the years, and this should also serve as a message for their future endeavours.

Players that fit are necessary, not the ones with the most prestige and the biggest price tag. Even though he is still very much the best player on the planet, Messi is already in his 30s and will inevitably start to slow down.

Once that sadly happens, Barcelona will need a whole system in place; a team that breathes like one rather than a squad full of world-class individuals. If they can’t ensure that, someone else will. Teams like Manchester City and Paris Saint-Germain, both of whom have been linked with Leo, have strong and promising projects on their hands and heaps of money to spend to bolster it further if necessary.

It is quite difficult to compete with that, granted, but Messi’s heart is still in Barcelona. All they have to do next is make sure he doesn’t have to do it all by himself all the time.

This one is closely related to the last one. A competitive squad means the club is likely to fight for trophies on all fronts. This includes the local competitions as well as having a genuine chance at glory in Europe as well. At the end of the day, that’s exactly what will have a strong impact on Leo’s final decision.

Is staying at Barcelona going to get him closer to tasting glory once again? Or will he have to move elsewhere to experience that rush one more time before potentially calling it a day? If Barcelona keep failing at the biggest of stages, convincing Messi that staying is the right thing to do might suddenly become much easier said than done.

After all, as we’ve already mentioned, Leo just wants to win. It’s actually as simple as that. Of course, even the best sometimes fail, and the best team is not always the one that triumphs. Such is the way of football, and that’s one of the best things about this sport.

But Messi needs Barcelona to feel superior and confident no matter who’s standing on the other side of the pitch. He needs them to be a European force once again, and he wants others to show both him and the club the respect they deserve.

No player wants to spend his final years in elite football, barely holding on and not challenging for trophies. That is no way to go for any player, especially the best in the history of the sport.

If he concludes that this is not possible at the Camp Nou, it could seriously hamper his chances of staying. So get to work, Laporta!

Before we continue with this section, let’s make one thing clear – whatever happens, Messi’s legacy at Barcelona will remain unsullied and everlasting. More than a decade of domination, hard work and entertainment have ensured that. However, it is also fair to assume Messi doesn’t want Barcelona to stop being relevant once he leaves.

Equally, just as he was given a mentor that ushered him into an era of dominance in Ronaldinho, maybe he’s keen to pass on the torch to someone else before he decides to leave. At the moment, that someone could indeed be Ansumane Fati, who’s currently out injured. Barcelona have a large pool of young players who have the potential to one day grace the pitches of Camp Nou as the Catalans’ biggest stars.

Ensuring that Leo has the pupils to teach and the canvas to paint on could convince him that staying will ultimately make the club even stronger in the long run. Of course, Barcelona will always be stronger with Leo in the team, but inevitably, a day will come when he won’t lead their lines anymore.

It has to be said that proving to Messi that the team can and will prosper even without him could also give him the peace of mind he requires to leave the club behind finally. But if he assumes the mentor role for the next generation and Barcelona ensure there are worthy pupils there that he can teach, it’s reasonable to say that he wouldn’t abandon such a huge project before it’s finished.

For that reason, trusting in the youth is the key here.

We’ve been so focused on the future that lies ahead that we (almost) forgot about the present day. Things that could happen will surely have an impact on Messi’s situation, but so will things that are happening now. 2020/21 was supposed to be a season to forget, a transitional year at best.

However, Barcelona were not only able to clinch the Copa del Rey but are also fighting hard to reclaim the LaLiga title as well. While the year had started poorly, it’s looking like we could end it on a high note after all. And this, needless to say, could be a huge factor in this gigantic event that’s approaching.

Just as Messi would surely love to have some sort of a promise that the future will be bright, he will no doubt want to feel the same way about the team right here and right now. Ronald Koeman has made some mistakes throughout the campaign, for sure, but he has also made huge progress with the squad as well.

We shouldn’t disregard the coach’s success at turning Barcelona’s rather grim fate into that of potential winners of the double and, at the very worst, Copa del Rey champions. It looks like Barça have tripped at the last hurdle in La Liga, but as absurd as it sounds, the race is still alive.

Not to mention that it could lower the team’s overall morale, thus potentially pushing Messi just a little more away from the club. So the only thing left to do now is to keep winning.

After all, that’s the fastest and the most reliable move Barcelona can make in their attempts of keeping Leo around.