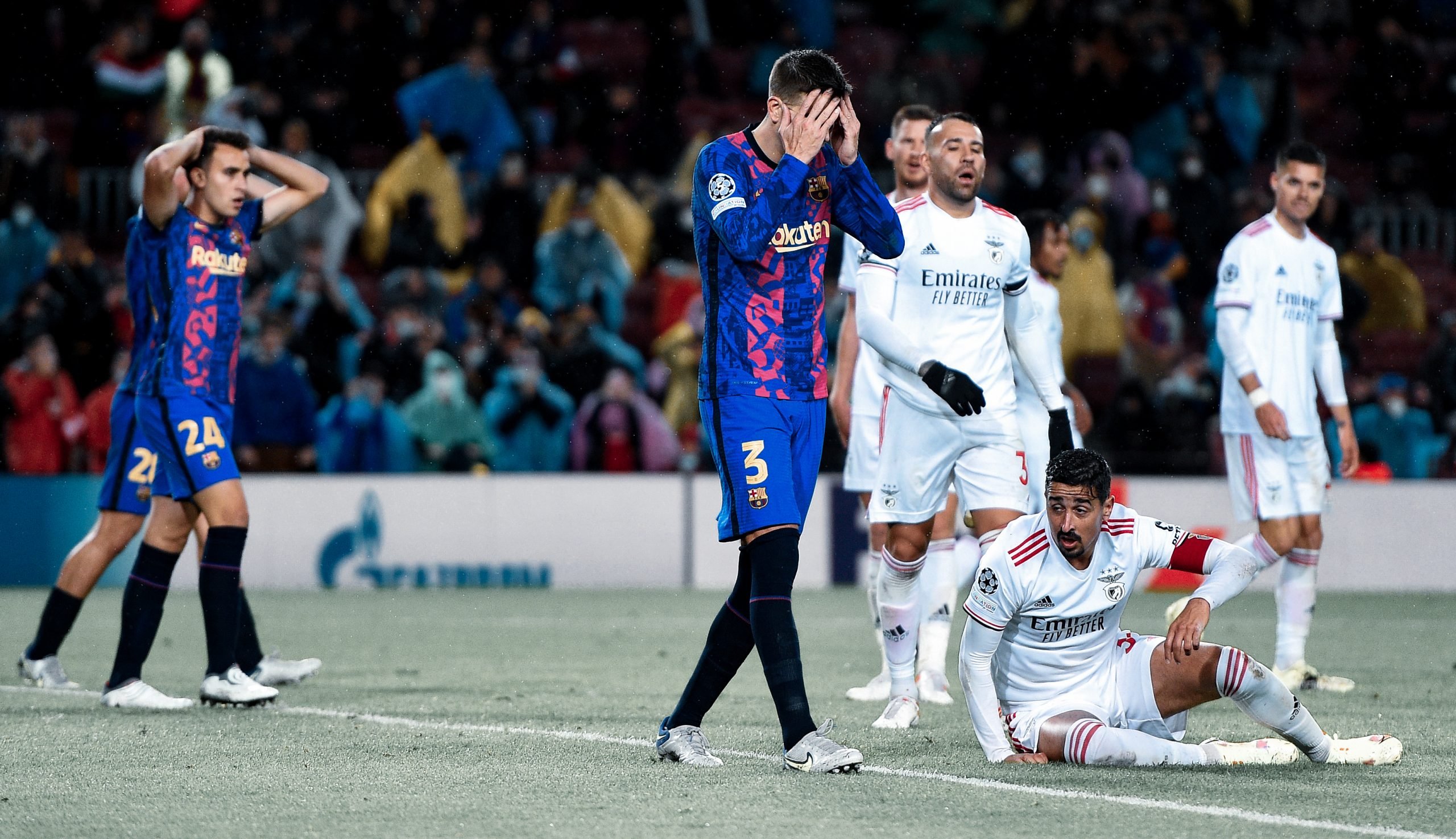 The bright lights shone upon a wet and chilly Camp Nou, the grandest stage in world football ready for another decisive encounter, this time against Benfica. With a win, Barcelona were through to the Champions League Round of 16. A draw or loss would leave all marbles to be played another day.

After a hard-fought 90 minutes, a nil-nil draw may not have satisfied either team, but there was plenty for fans to takeaway. Looking back at the match, here are Barça Universal’s three takeaways.

Let’s start with the good – because there was plenty of it from the Blaugrana’s end. Regardless of the optics of failing to score and conceding chances, the opposition should have converted, Xavi’s men are undoubtedly moving in the right direction.

They are, at least relatively speaking, evidently more tactically disciplined, unified, and cohesive, not to mention playing with spirit. This was all clear against Benfica: players instructed to hug the touchline did so just as interiors were tasked with playing in and around the half-spaces.

There were also repeated patterns of play that gave the players guidance and the attack a backbone. Defensively, they were organized and efficient, keeping Benfica at bay for most of the proceedings.

Positively, they also kept focus for the full 90 minutes, contrary to the late game slip-ups against Espanyol. Hopefully, the team can build off this positive performance and continue to implement Xavi’s ideas.

Carrying on and looking at other positive takeaways, one can mention a variety of players who impressed on the night. The midfielders including Gavi, Sergio Busquets, Nico Gonzalez, and Frenkie De Jong dominated the middle of the park, and even the backline performed admirably. Nevertheless, let’s focus on Ousmane Dembele, whose presence and impact in the final 25 minutes of the match can not be understated.

Culés were excited to see him in action due to the high praise Xavi has given him, and he performed well on the night. Yes, he did not finish with a goal contribution or anything eye-opening on the stat sheet, but he consistently asked questions that Benfica’s backline struggled to answer.

Isolated in 1v1 situations out wide, Dembele would pounce at the heart of the defence and make crosses into the box. He finished with two dribbles, two shots, and eight crosses – the most of any player on the pitch.

Perhaps Barcelona’s most disappointing player on the night was Memphis Depay, who happens to be in the midst of a rough spell for the Catalans. Against Benfica, he looked out of sorts, struggling to make an impact through buildup or in the box, as well as not taking his chances in front of goal.

Memphis performance is best summed up by what happened in the 56th minute. Presented with inarguably the most straightforward chance in the match — barring Seferovic’s howler in the dying minutes, of course — the Dutchman was through on a 1v1 with Benfica keeper Odisseas Vlachodimos, but cut in on his right foot, giving enough time for Nicolas Otamendi to make a crucial tackle.

The takeaway here is that this continues a string of subpar performances that have to turn around sooner rather than later. Memphis does not have to be Barcelona’s talisman, or necessarily “carry” the team, but at least he should be a more involved presence in the final third.