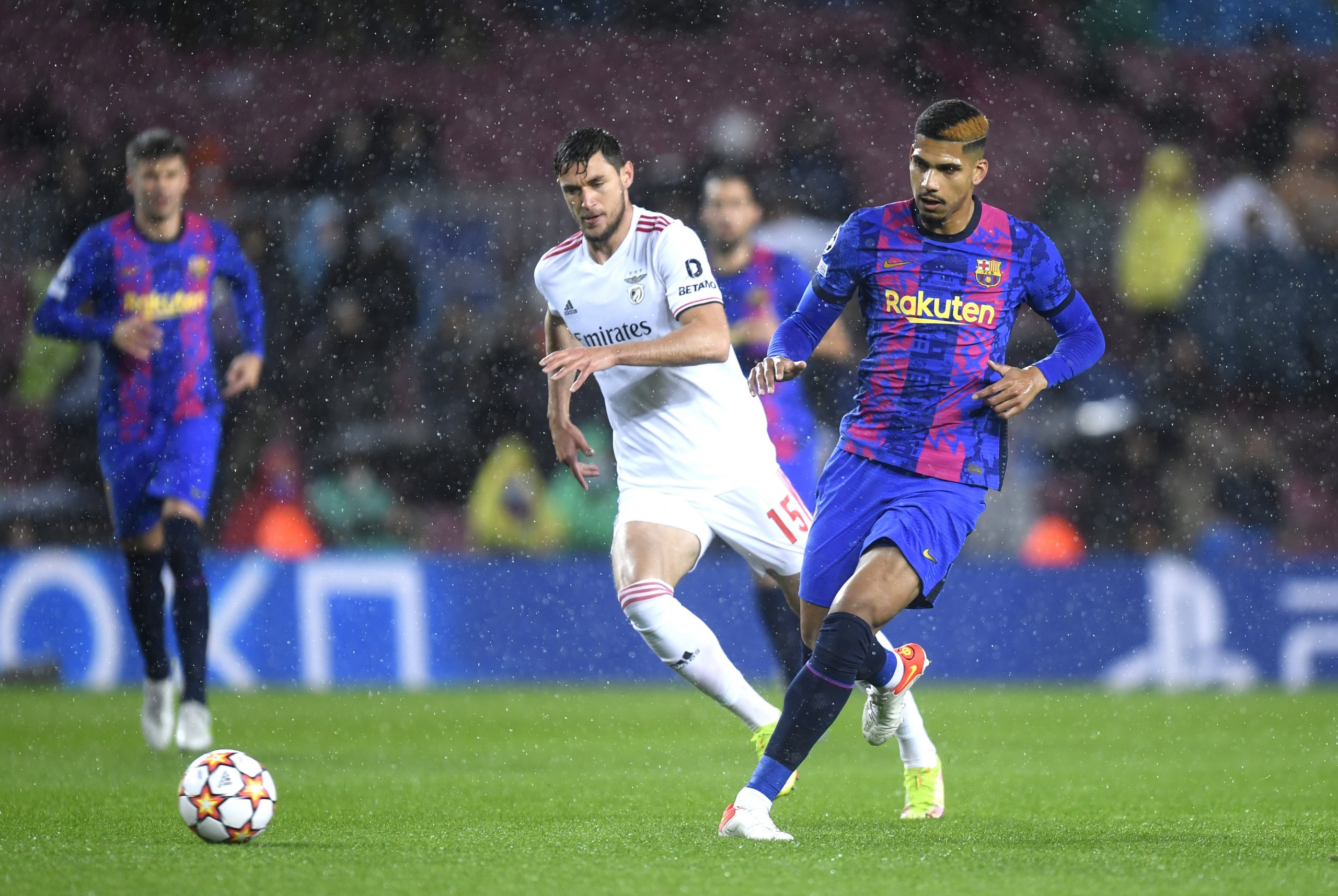 Xavi lined up his Barcelona team audaciously for the second game of his tenure, using Yusuf Demir as a right-wingback. And why wouldn’t he? It was a do-or-die game, one that he claimed to be a final.

However, the result was anything but. The team started well, pushing Benfica’s midfield to the limit. Nico Gonzalez spearheaded several phases of press for the Blaugranas, winning several loose balls but to no avail.

In the first half, Demir showed individualistic nature and took on defenders on the wing to create changes for himself.

One of his shots was saved by the keeper fabulously while another one hit the upright. He did have the Camp Nou on their feet all the time, though.

The second half was much of the same, with Ousmane Dembele subbed on for Demir. The Frenchman was electric on the wing and while he lost possession often, he created chances and space for his teammates.

The key moment of the second half came when Jordi Alba put in a perfect pass over the top for Ronald Araujo, who finished the chance perfectly. Unfortunately, the flag was raised, but comically Araujo was injured while celebrating the offside goal.

Barcelona created several chances since then, but none bulged the net. It was, in fact, Benfica who got the best chance of the game during stoppage time.

Haris Seferovic had the open goal to his disposal after going past Marc-Andre ter Stegen, but was not able to put it away in a haste.

The game ended 0-0, with Barça very clearly the dominant side. Their fate in the Champions League largely lies in the hands of Dynamo Kyiv now, who have to beat Benfica. Anything but, and Barça are off to the Europa League.