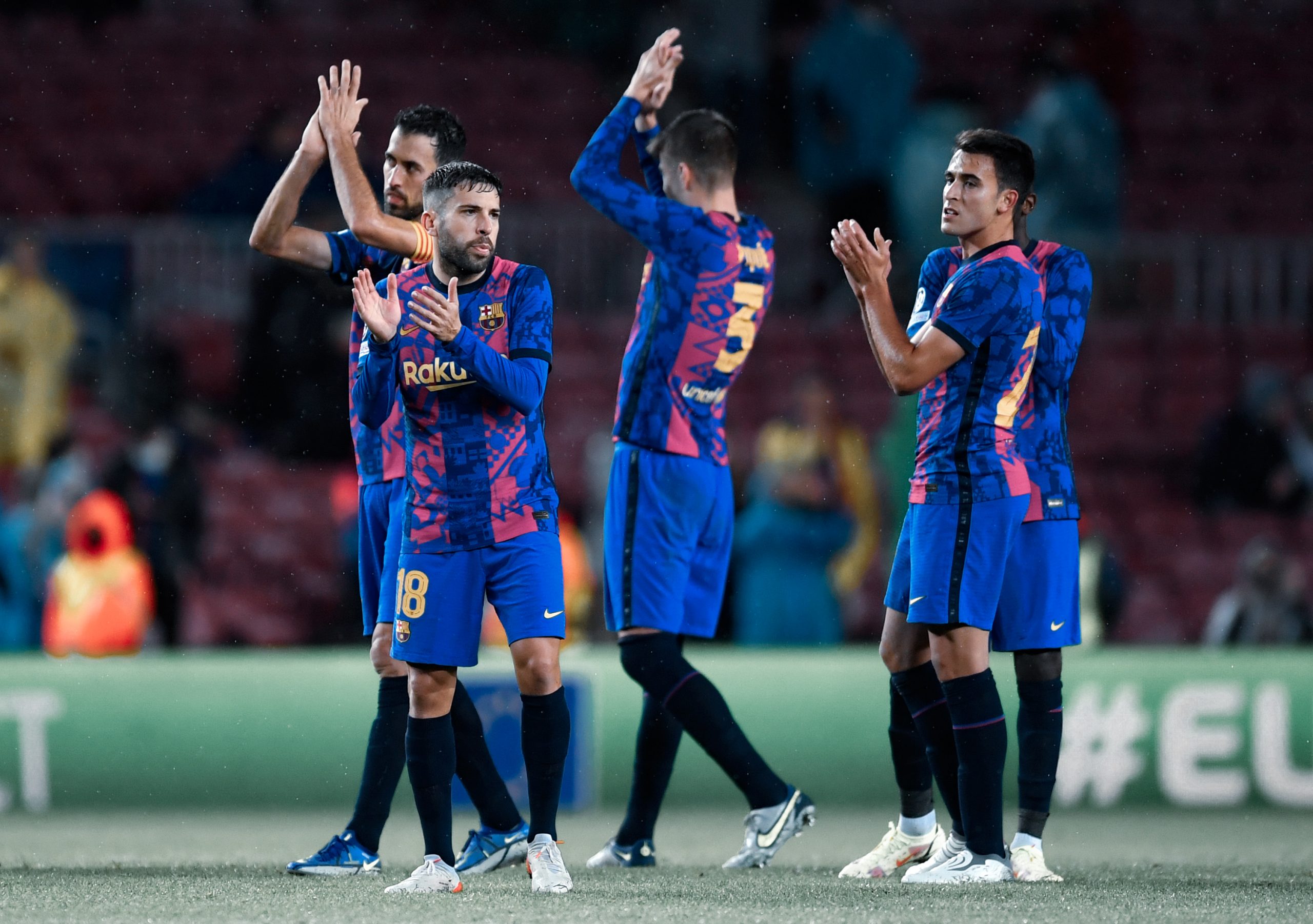 Barcelona hosted Benfica at the Camp Nou for their do-or-die fixture, and against all odds, the team fell to a scoreless stalemate.

That said, the performance was undoubtedly one that left a mark on the Camp Nou faithful. The team showed intent and courage throughout the 90, and it is clear that Xavi’s ideas are being implemented slowly but successfully.

Barcelona came close to scoring several times, and if not for a monstrous performance for Nicolas Otamendi, they would have found their way through. Alas, it was not to be.

Certainly more positives than negatives from this fixture, with a less than handful questionable individual performances. Barça Universal runs the rule over the men in garnet and blue.

Three saves on the night for ter Stegen, who was highly lauded as a top-3 goalkeeper in the world by Xavi. He did give away possession early on for a straightforward Benfica chance and could be criticised for being beaten too easily by Haris Seferovic in stoppage time. Lucky the Swiss squandered the opportunity, though.

Barcelona are almost always in for a defensive showing when Araujo takes place in the defence, and today was no different. He made five tackles and was not dribbled past a single time.

Moreover, he acted as an extra man in attack at times and almost scored the winner, which was eventually ruled out for offside. Injured himself while celebrating. Clumsy.

A spectacular outing for Pique, who led the defence brilliantly. The Spaniard won 10/11 of his aerial duels and came very close to scoring in stoppage time through a header.

Lenglet was the weakest link in the back-three, but his performance was by no means poor. He continually stepped out of his line to intercept the ball and attempted several brave passes to cut through the Benfica backline.

Demir lost the ball 17 times on the night, but he showed something missing from the Barcelona wings this season: courage. The Austrian did not stop trying to take his marker on through the 90.

He also came oh-so-close to scoring twice – forcing a save once and hitting the woodwork another time. A few more performances like this, and Demir could truly force himself into the lineup.

Donning the captain’s armband for the fifth time in the Champions League this season, Busi produced arguably his best game of the season. He executed every move with perfection, feinting through the Benfica midblock.

The conundrum while judging Frenkie de Jong is that everyone understands what he is capable of, so when he produces anything but perfection, it feels underwhelming. Tonight was another example of the same.

The Dutchman made a piercing run through the defence early on, finding Memphis Depay for a scoring chance, but failed to impact the game fully since. He also got on the end of a cross late on but overhit his header.

Despite being far from his best, Jordi Alba has been able to come up with five assists across two competitions, but it was simply not his night against Benfica. The left-back was failed to create a single chance and did not complete any of his four attempted crosses. Moreover, he missed an easy chance that could have taken Barcelona ahead.

Nico is quickly becoming a fan-favourite, and it is easy to see why. The 19-year-old wears his heart on his sleeve, and he left everything on the pitch tonight.

He pressed the Benfica defence high, making several recoveries in addition to his game-high four key passes and two big chances created. Inarguably the best player on the pitch, there is more to come from Nico Gonzalez this season.

Gavi was another in today’s list of players who made poor decisions in front of goal. He was unable to finish off a chance in the first half, hitting it over the bar. Did manage to create two chances, though. An overall decent performance.

If there is one word to describe Memphis’ performance yesternight, it would be annoying. The Dutchman led the line well, making several runs behind the defence, but completely switch his functioning off during key moments.

He messed up a chance early on by overhitting a pass to de Jong, and then twice, again, due to his reluctance to shoot from his left foot. He was also caught offside thrice, and made no shots on target.

Dembele brought speed to the attack, but did not really do an awful lot. He created one chance for de Jong, but lost the ball 15 times in 24 minutes.

Came on with four minutes to spare; barely touched the ball.

Brought on late, probably as a precautionary measure. Did not do enough to warrant a rating.