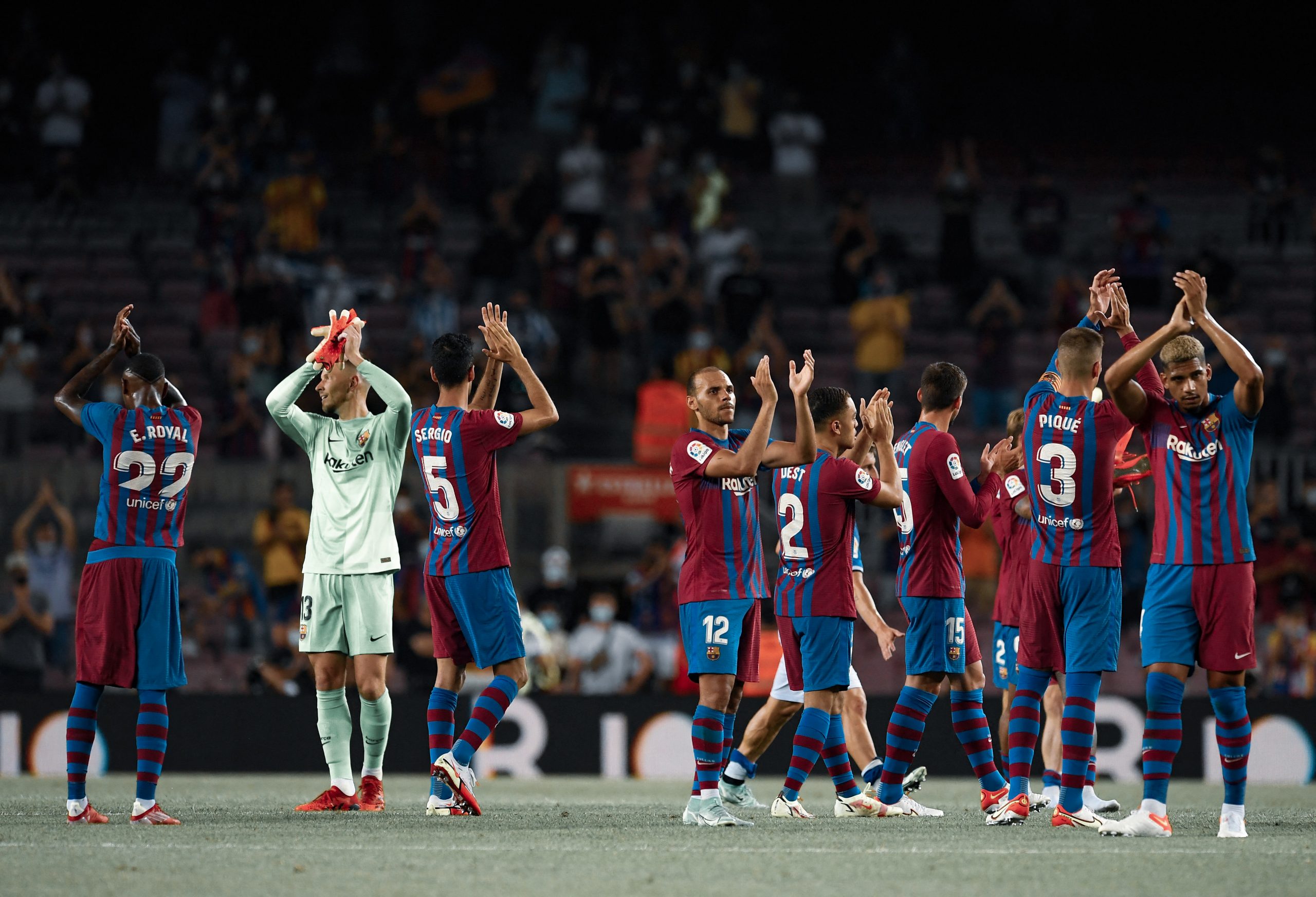 They say losing is contagious. It is a bad habit that is stubborn to leave. Once into that vicious cycle, any team, regardless of its status, would face a big blow in form and mental strength.

Barcelona have fallen prey to that very illness. The defeat at home to Eintracht Frankfurt was a catalyst that subdued the fighting spirit in Xavi’s side, as a result of which they succumbed to a second consecutive defeat to Cadiz on Monday.

Now, the Catalans face a daunting challenge in the form of Real Sociedad. The Basque side are well placed to finish with a Europa League place for next season, but cannot afford a defeat against the Blaugranas.

A loss at the Reale Arena would bring Villarreal within three points of them, something Barrenetxea would like to avoid.

All eyes will be on Xavi on Thursday, for it is his ability to lift the dressing room that will be key in deciding the result. Here are three talking points ahead of Barcelona vs Real Sociedad.

1. All eyes right back at right-back

Dani Alves and Sergino Dest have competed fiercely for the right-back position this season. Needless to say, they both bring different things to the table.

The USMNT star represents young blood and provides stamina, work rate and new ideas to the team’s display. However, the Brazilian possesses one thing that Dest lacks- Experience.

Dest was in great touch towards the fag end of March when he suffered an unfortunate blow in the form of a muscular problem. His injury kept him on the sidelines for one month.

He made his return as a substitute against Eintracht Frankfurt, before starting against Cadiz. While he was a bright spark at Camp Nou on the night, he suffered another injury in the closing minutes and is expected to miss the midweek clash.

Concurrently, Alves is not particularly fit either. The right-back struggled in the game against Levante, after which he has not participated. His involvement in tomorrow’s clash is a doubt too.

Needless to say, Xavi finds himself in the same situation as a few weeks ago. With no natural right-back available, he will have to opt for Ronald Araujo to start in the fragile position.

2. The return of Gerard Pique

It does not come as a surprise that Barcelona’s worst period in recent months coincided with Gerard Pique’s absence. The veteran has been phenomenal under Xavi Hernandez, both as a player and a leader.

Barcelona played just three games without the World Cup winner in the past month. Of those, they went on to lose two and scrape a win past the third.

More shockingly, the Blaugrana have conceded four penalties in two games without him and also allowed six goals past Marc Andre ter Stegen.

With Araujo to start at right-back, Pique will likely be partnered by Eric Garcia tomorrow. The all-Spanish duo can be expected to produce a solid performance if their recent games are anything to go by.

When Adama Traore, Ferran Torres and Pierre-Emerick Aubameyang arrived at Barcelona three months ago, they took the league by storm.

It seemed impossible to keep the trio away from goal, as they found the back of the net with seemingly every effort that fell at their feet. While Torres continuously conjured magic down the right-flank, Aubameyang was fantastic in front of goal.

Moreover, Traore seemed to have broken his dry spell as he provided assist after assist.

In the last few games, the Barcelona forward line has not been half as inspiring. The movements appear lethargic, and the finishing is in shambles. Aubameyang is not firing the same way, and Adama is finding it difficult to even get minutes under his belt.

One could accredit the drop in form to fatigue. Playing back to back games for three months has not done the players any good. Their performance drops lower with every passing game, and the manager seems as helpless as a mere spectator.

It is essential to find a solution, be it in the form of rotations or tactical adjustments. Dembele has been Barcelona’s only silver lining in the final third. With even a little support, the Frenchman can help be more potent in front of goal.