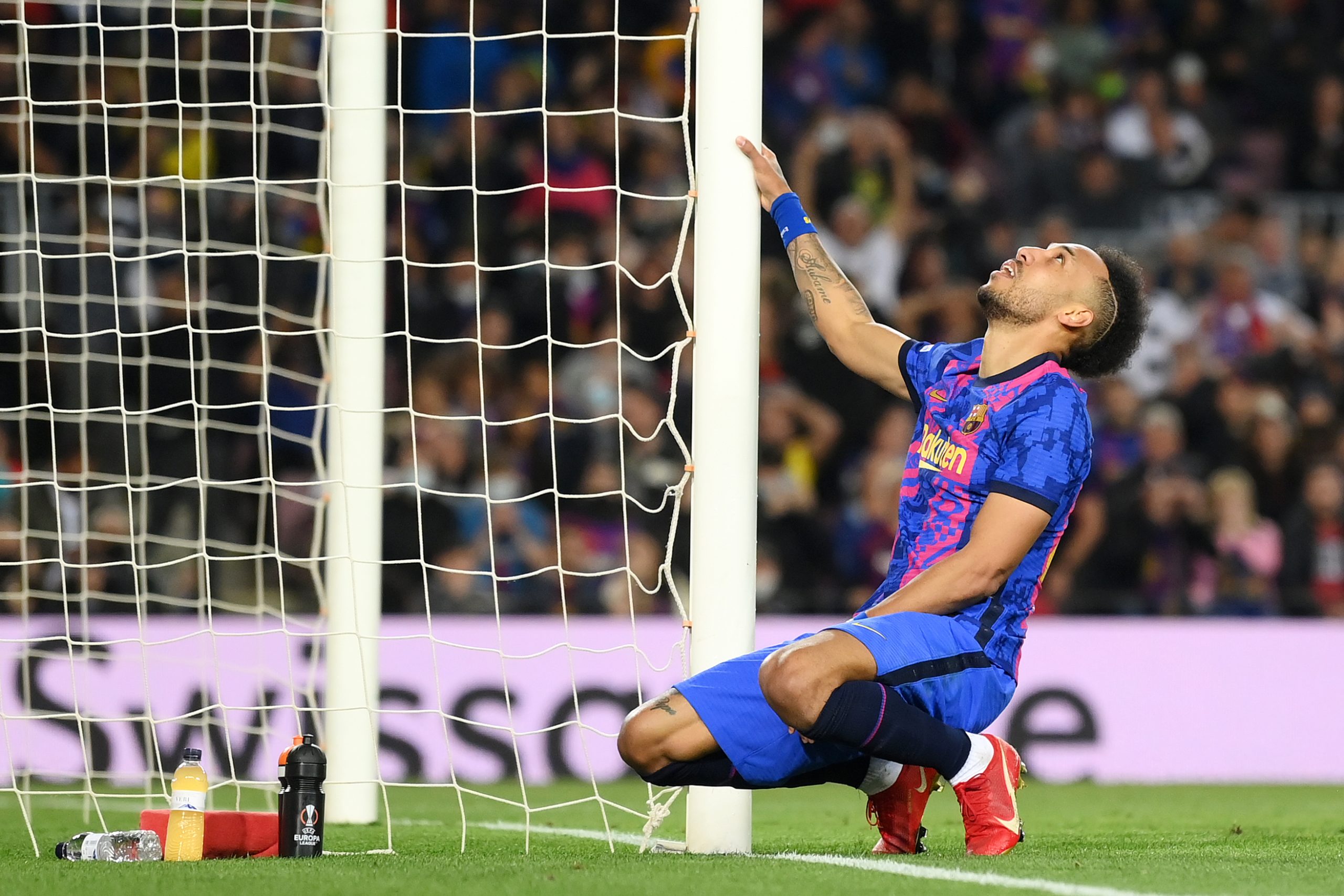 The ceiling came crashing down on Barcelona’s Europa League hopes in their own backyard last night.

One would have thought that the Catalans would produce a dominant display in front of their fans. On the night, both the parameters flipped. Neither did the team play well, nor was the crowd in favour of the home team.

Barcelona went 1-0 down early in the game after an absurd challenge by Eric Garcia in the bix. Borre’s stupendous strike late in the first half did not help their case either. When Filip Kostic scored Frankfurt’s third, one knew that the result was written in stone.

At the end of the day, the better team won. To say that the Germans did not deserve the win would be foolish, for Barcelona showed no enthusiasm throughout the 180 minutes. Here are five things we learnt from Barcelona 2-3 Eintracht Frankfurt.

1. What happened during the international break?

One of nature’s most beautiful processes is the metamorphosis of a caterpillar into a butterfly. The long and hairy worm creeps into its shell and disappears for weeks. No one knows what happened inside, but when it comes out, it is a majestic and elegant butterfly.

Play the same sequence of events in return, and one will find the story of Barcelona this season.

The Catalans were coasting in all competitions and seemed to be in unstoppable form. Irrespective of the opposition, the location or the schedule, one knew that the Blaugranes would pull off the win.

They defeated their arch-rivals Real Madrid in humiliating fashion before the international break, and one got the feeling that the team were well and truly back.

Yet, they returned like a team in ruins. Barcelona scampered to a tight 1-0 win over Sevilla before drawing to Frankfurt in the first leg. They then survived a scare against relegation-threatened Levante, and now lost the second leg of the Europa League quarterfinals.

It is amusing how hard-earned chemistry and spirit can dissolve into thin air in a matter of days. The form of the team has been on a downward spiral, and Xavi has to plug the hole immediatelyhttp://barcauniversal.com/eric-garcia-reacts-after-barcelona-crash-out-of-europa-league-against-eintracht-frankfurt/g.

2. The sheer lack of intensity

The best teams walk out in a must-win clash with a mentality superior to their opponents. Knowing well that they need to come out on top, they look to press high, win the ball and push on the attack.

Barcelona did none of that against Eintracht Frankfurt. From the first whistle, the Germans were allowed to comfortably settle into the game and play through the Catalan defence.

As the visitors grew in confidence, Barcelona began to sink. The garnet and blue could not stitch more than four passes together and looked lost in the final third.

One would expect the Europa League ‘favourites’ to fight back after going a goal down. However, there seemed to be no drive to play well even after they were three goals down.

Barcelona were heavily praised for their champion mentality under Xavi Hernandez in recent months. Yet, even a coward would be embarrassed by how they played on Thursday.

Pierre-Emerick Aubameyang had an explosive start to life in Spain after his move in January. However, his performances have been dismal since the international break, which is surprising, because he had two weeks off.

The Gabonese striker has not been anywhere close to his previous form. In front of the goal, his goalscoring instinct seems to have been extinguished. Off the ball too, his movements are lazy and predictable.

Aubameyang has stopped making key runs into the box, nor has he been able to combine with the other forwards as he did before.

On Thursday, the striker had innumerable chances to put his team back in the game. Dembele peppered accurate crosses relentlessly, but Aubameyang could not get onto the end of any of them.

He had only one shot on target in ninety minutes and missed two chances. Moreover, he only completed 11 passes in 61 minutes.

4. Injuries — cause or excuse for the defeat?

Xavi’s side missed Gerard Pique on the night. The veteran still suffered from discomfort due to accumulated minutes and could not make it in time for Thursday’s clash.

It cannot be a coincidence that his replacement, Eric Garcia, conceded a penalty as early as the third minute.

A strong case can be made for the impact of Sergino Dest’s absence, too. With the USMNT star not completely fit, Oscar Mingueza was forced to start at right-back and had a disastrous outing.

Frenkie de Jong, who had a superb substitute appearance, was unable to start as well because of sickness.

At half-time, Barcelona lost their star midfielder Pedri to an injury. The Canary Islander has been a difference-maker for Xavi’s side in recent games, and not having him for the crucial second half came as a big blow to the manager’s plans.

To blame a humiliating defeat on the absence of three players is not justified. It goes without saying that the Blaugranes were far superior on paper even without the trio, and should have comfortably qualified.

However, one cannot deny that their absence was a crucial factor on the night.

More important than the actual result itself for the team will be the way it is taken. If Barcelona take the poor performance as just a minor slip-up and build to greater strengths, the aftermath will not be as worrying.

Yet, that does not seem to be the case. The team look extremely complacent over the past few games all of a sudden, and that can never be a good sign. Moreover, the fact that they now have little to play for may increase complacency.

One bad game takes nothing away from the work Xavi has done. There is surely a significant improvement in the team, but the manager must ensure that they continue working equally hard despite having nothing to fight for.

Moreover, it is a sign that there is still a long way to go for both Xavi and Barcelona.