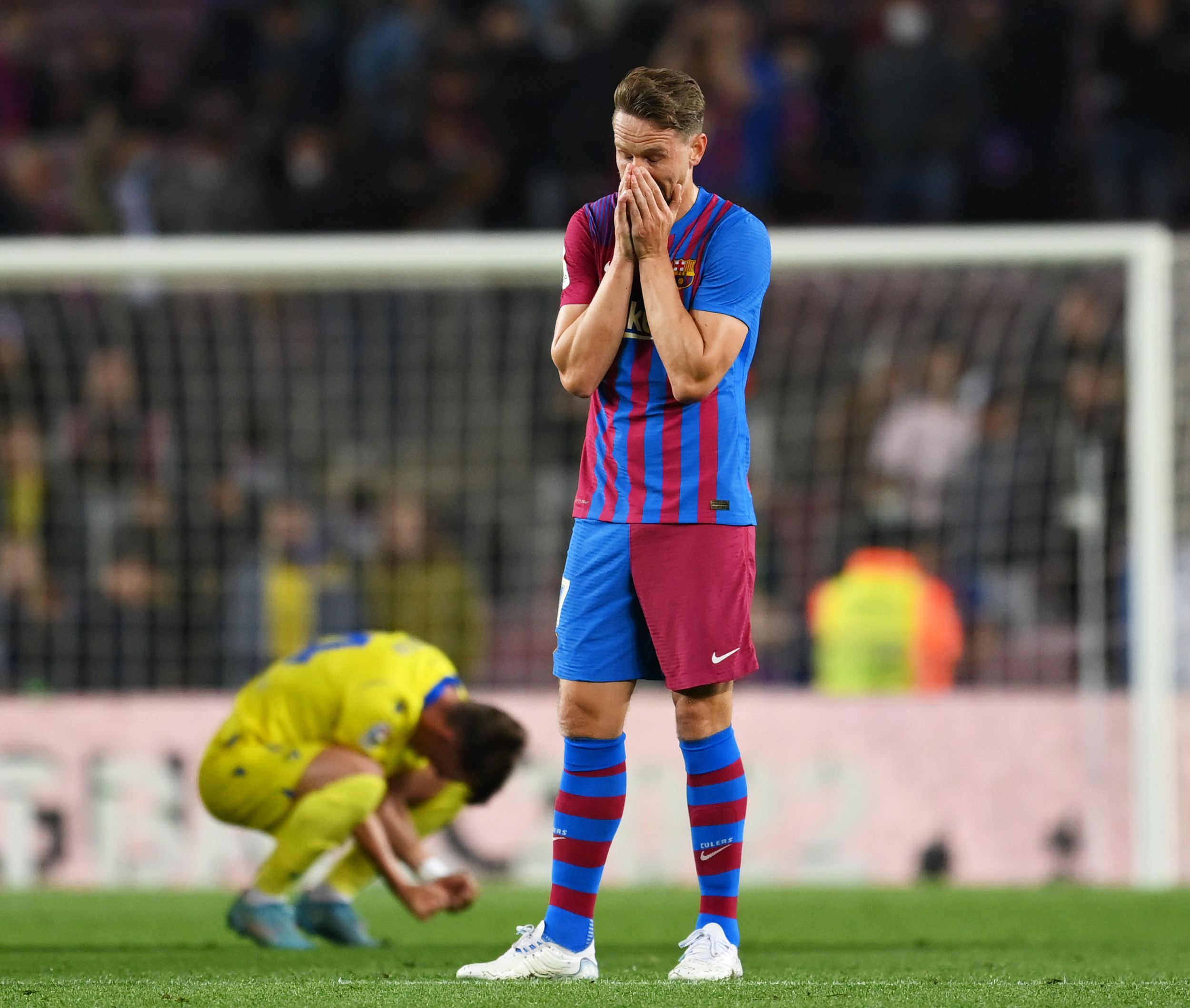 Cadiz took a lump of salt and smeared it evenly over Barcelona’s fresh wounds on Monday night. At the very same venue where the Blaugranes got knocked out of the Europa League last week, they once again succumbed to a defeat.

Barcelona’s unbeaten run in La Liga, which began in the month of December, came to an end last night against Cadiz, who are battling relegation.

What is more shocking is the fact that Barcelona have failed to beat Cadiz in any of the four games they played since their promotion.

After two consecutive defeats, there is pessimism in the air at Barça. Fans busy protesting the ticketing scandal, players falling prey to injury and the poor form of the team all indicate a difficult period for the club. Here are five talking points from Barcelona vs Cadiz.

1. One step forward, two steps back

In the past month, Barcelona have constantly regressed on the field. From being one of the best set up teams in the world, they have returned into a shell of fear. The champion mentality that highlighted the team before the international break is no longer to be seen.

Xavi had taken a Barcelona team that was in ruins and breathed life into it in a matter of months. However, with the team’s progress moving in retrograde now, the manager has a worrying period ahead.

The coming month will be a test of Xavi’s managerial skill. There is no doubt that the World Cup winner has proven himself over the past months.

Yet, his ability to maintain the dressing room morale and mentality during adversity could well be the most important aspect that remains to be judged.

At the beginning of the season, Barcelona went through one of their worst injury crisis. There was a stage in the season where there were barely enough first team players to play a La Liga clash, with most ruled out through injury or COVID.

It is only over the past month that Xavi has had a full and fit squad at his disposal. That joy, it seems, was short lived.

The manager has now lost Pedri to a season ending injury. The midfielder was one of the most vital creative outlets for the Blaugranes, and his absence came as a blow to their Europa League and La Liga ambitions.

The absence of Gerard Pique came as a bigger dent to Xavi’s plans. In the Spaniards absence, the team have lost two games and conceded four penalties.

Last night, Sergino Dest once again felt a sense of discomfort in his hamstring and asked to be substituted off late in the second half. While the extent of his injury has not been revealed, it is unfortunate for the USMNT star who had just returned from a long injury.

If Dest is ruled out from action, pressure will mount on Dani Alves who himself is struggling with fitness.

3. Dembele: the one bright spot

There seemed to be only one player in Barcelona’s final third determined to make a difference on the night: Ousmane Dembele. The Frenchman was far from perfect, but still the best player on the night.

Dembele recorded six shots in total, two of which were on target. He also completed 99 passes, and created one big chance.

Not only did Dembele directly threaten on goal but also was responsible for creating goal scoring chances. He recorded two key passes and attempted 14 crosses at Camp Nou. The only downside of his performance was that only one of his fourteen crosses wad accurate.

With every passing day, the thought of Dembele leaving in June is becoming more daunting. The winger has become less injury prone and a true match winner in recent months. Needless to say, his renewal will be a priority for the club.

While Pedri’s absence was certainly felt, Busquets was influential in covering for him whenever he needed to.

The Spanish international had a whopping 110 passes on the night, of which close to 80 were accurate. He also created three chances, including one for Pierre-Emerick Aubameyang in the 90th minute.

What makes his performance special was the fact that despite being more proactive in the advanced midfield, he barely put a wrong foot in his usual duties.

5. A woeful night for Lenglet and Garcia

Garcia and Lenglet have received plenty of chances in the recent games with Gerard Pique injured and Ronald Araujo often covering at right-back. The duo started together vs Cadiz in the hdart of the defence, but had a night to forget.

They were often overrun by Cadiz’s counter attacks, leaving gaping holes open on the egde of the box. Further, the duo were caught ball-watching for the goal, and while Marc-Andre ter Stegen was at fault, too, the centre-backs should have taken initiative.

Should Pique return from injury in time, and Araujo not get booked again, it would be safe to say that we will not have to watch Lenglet in a Barcelona shirt this season, at least. As for Garcia, he, too, has a lot of maturing to do before he can claim a spot at the back.