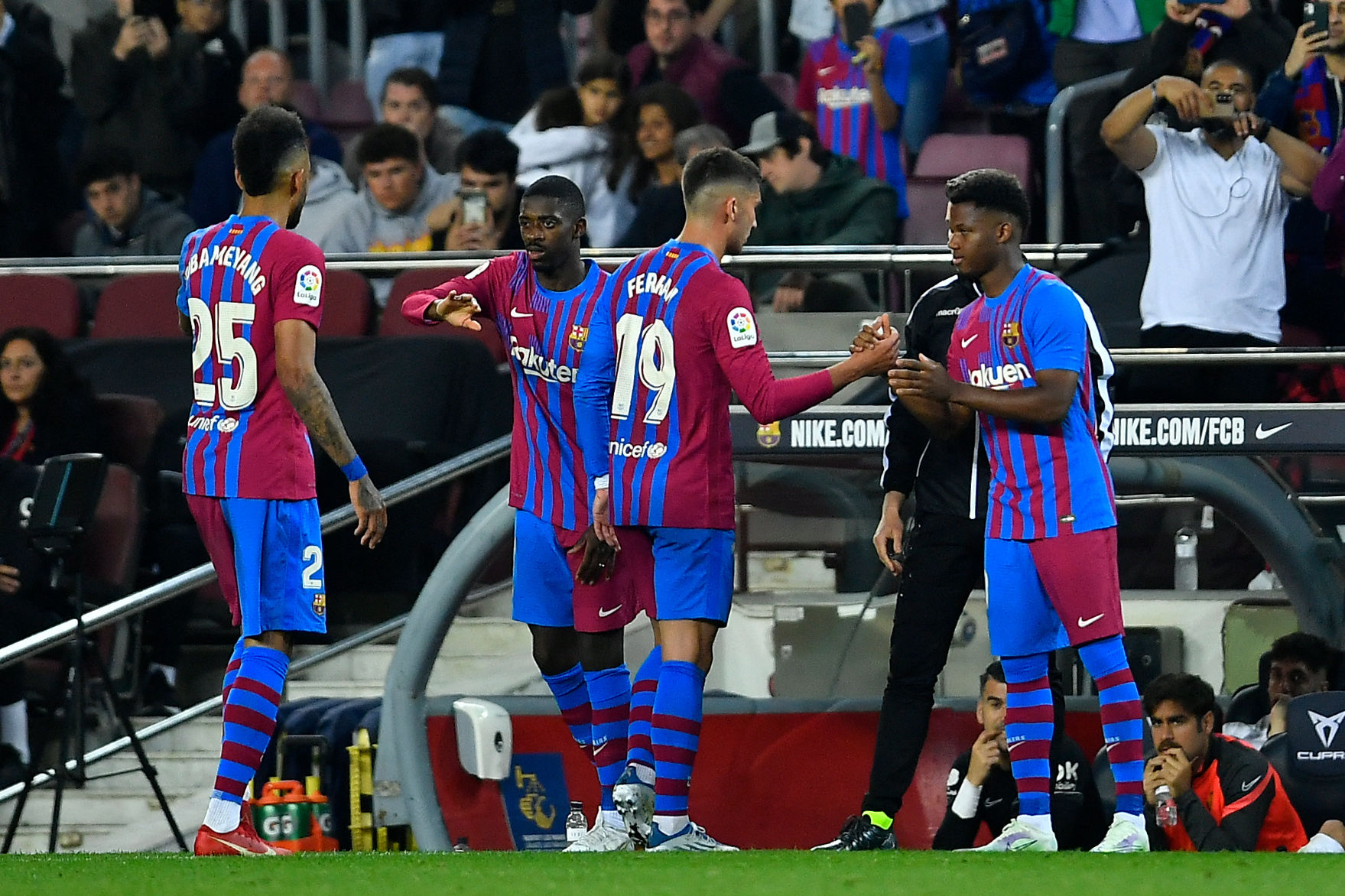 Four games remain in the 2021-22 season for FC Barcelona. In the event of the title race being alive, the upcoming games against Real Betis, Celta Vigo and Villarreal would be seen as big clashes with decisive results.

However, Real Madrid have been crowned champions and the games no longer have much to play for. There is, nevertheless, a big incentive for Xavi’s side to push for a win at Benito Villamarin.

Here are three talking points ahead of the clash in Seville.

1. Back in the Champions League

In the upcoming matchday, six of La Liga’s top seven placed teams go head-to-head in what will be a decisive week in the race for the top four.

Atletico Madrid take on Real Madrid in what will be a mouthwatering clash at the Wanda Metropolitano. Barcelona gear up to face fifth-placed Real Betis, while Sevilla take on seventh-placed Villarreal.

Manuel Pellegrini’s side currently sit on 58 points, eight behind the Catalans. A loss on Saturday would mean that they can no longer mathematically overtake Barcelona, thereby giving their visitors a guaranteed spot in next season’s Champions League.

Given the poor start to the season the Blaugranas suffered under Ronald Koeman, even finishing in the top-four seemed like a distant dream. At one point in time, the club were closer to the relegation zone than the top of the table.

Xavi’s arrival has turned things around, and Saturday’s result could bring with it the first tangible proof of his success. Though the title race is no longer alive, Barcelona have something to fight for at the Benito Villamarin Stadium.

2. Permutations and combinations up front

A few months ago, Barcelona’s attacking line seemed to be the most sorted department. The likes of Ferran Torres, Pierre-Emerick Aubameyang and Adama Traore seemed to have their spots fixed in the lineups with a defined set of duties.

That organised structure has been undone in recent weeks. Aubameyang no longer carries the lethal threat in the final third while Traore has dropped to being a bench player.

The trio’s poor form coupled with Ousmane Dembele’s scintillating run, Memphis Depay’s rise and Ansu Fati’s return place the manager in a dilemma. Now, it is up to Xavi to decide his cards.

One can be certain that Fati will not be risked from the get-go on the night. However, Depay and Dembele are two candidates who deserve a start on merit.

One can expect the Dutchman to start as the striker against Betis, with the French player placed to his right. The forward line can be completed by Ferran Torres on the left wing to help in Barcelona’s link-up play.

Moreover, the manager will look to call fringe players as substitutes on the night. Not only would this help Xavi to modify his tactics according to the diverse profiles he has but also provide a platform to gauge his resources.

The club need to register player departures in the coming summer in order to sign new stars. The coming weeks will be decisive for players like Martin Braithwaite, Luuk de Jong and Traore and their future in Catalonia.

Between the end of January and the second week of April, Barcelona enjoyed a run of games where they were unbeaten. In close to four months, the Catalans won four games and drew four times, proving to the world that they can be consistent.

Yet, the aftermath of that run has not been as sweet. Since their loss to Eintracht Frankfurt at Camp Nou, Xavi’s side have endured a rough period.

In their last four games, Barcelona have won and lost alternatively. Studded between the positive results against Mallorca and Real Sociedad are uninspiring losses to Cadiz and Rayo Vallecano, which is a worrying sign.

In order to gain continuity and confidence, it is vital that Xavi’s men string together get two wins and sail on the momentum. That could begin at the Benito Villamarin on Saturday with a victory over Real Betis.

To finish the season on a five-game winning streak would infuse a sense of self-belief and confidence in the squad. Given that there is no hope of clinching silverware this year, a positive run is the only reward Barcelona can hope for.