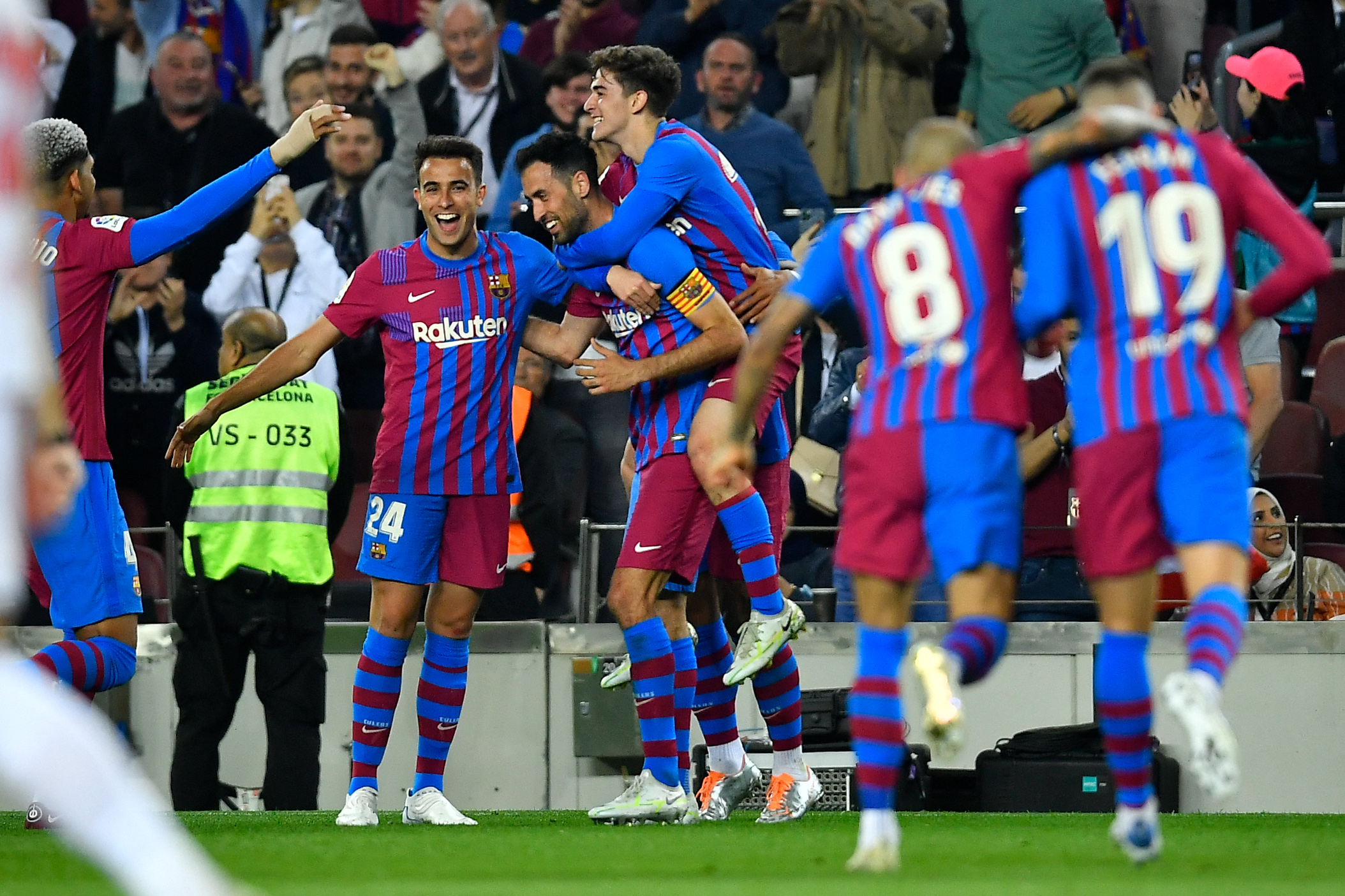 Barcelona take a trip to Benito Villamarin to lock horns with Copa del Rey champions for the 2022/23 season in a clash that could determine their season, and with that, the summer transfer window, and, consequently the 2023/24 season.

That is because Barcelona are currently sitting in second place with 66 points, and a win against Betis could seal a spot in the Champions League for next season.

However, the Catalans’ goal is to secure the second place as it will give them a ticket to the Spanish Super Cup next season, which will bag them an amount up to €9 million.

Losing points against Betis could end up being costly, especially with Sevilla hot on Barcelona’s trails in third place.

That said, while Julien Lopetegui’s men are just two points adrift, they have a considerably tougher run to end the season with games against Villarreal, Atletico Madrid, and Athletic Club still left.

Ahead of the mouth-watering clash in Seville, Barça Universal takes a shot at predicting Xav’s starting lineup with several key players injured.

Barcelona’s casualties start in the defensive line, with Gerard Pique and Sergino Dest out for the rest of the season. The Spaniard suffered a relapse of his previous injuries, while the latter was unable to fully recover from his long-term knock.

We expect Eric Garcia to replace his compatriot in the back-four, partnering Ronald Araujo in the heart of the defence. The two have played together on several occasions, but evidently lack chemistry.

They will be screening Neto Murara in goal, who will likely start over Marc-Andre ter Stegen. The German missed training today due to illness, and might not make it back in time for the clash.

Dani Alves should start in the right-back role, tasked with the duties of defending against Juanmi. The Brazilian has been far from his best defensively, and will have tons to do against one of La Liga’s best.

Meanwhile, Jordi Alba is expected to start yet another game — at left-back, of course. The veteran knows no rest, and has played a whopping 720 minutes since the international break ended. He is without a backup, and has to continue despite suffering multiple injury scares.

Pedri is out for the season as well, and his responsibilities have been taken over by 17-year-old Gavi. Much like in recent games, Frenkie de Jong should start alongside him as part of the midfield trident.

Sergio Busquets is expected to be the last piece in the midfield puzzle, playing as the defensive midfielder. The captain has no replacement, both by position and role, and must start for Barcelona to have any shot at three points.

The forward line is much more straightforward for Barcelona, who have all their attackers fit ahead of the game. Pierre-Emerick Aubameyang and Ousmane Dembele are the guaranteed starters, and will start as the centre-forward and right-winger, respectively.

The final spot of the team will be contested between Memphis Depay and Ferran Torres. The former scored Barcelona’s opener against RCD Mallorca and was the man of the match, but we expect Xavi to give Torres the nod for this encounter.

This could be Memphis’ last run in Barcelona, for rumours of his exit keep making the news. The Dutchman is still an important part of the team and can make a difference, even if it is off the bench.

Adama Traore was frustrated about not getting minutes off the bench against Mallorca last weekend, but should get some time off the bench tomorrow. He will likely have Luuk de Jong in his company.

With Ansu Fati back fit, it is rather easy to predict that he gets time, probably as a centre-forward. The teenager picked up the first of his career-threatening injuries against Betis, and will have the chance to play against them for the first time in over a year.

Finally, if Barcelona take the lead over the Seville outfit, Clement Lenglet‘s participation cannot be ruled out. The Frenchman has been given time as a substitute often this season.