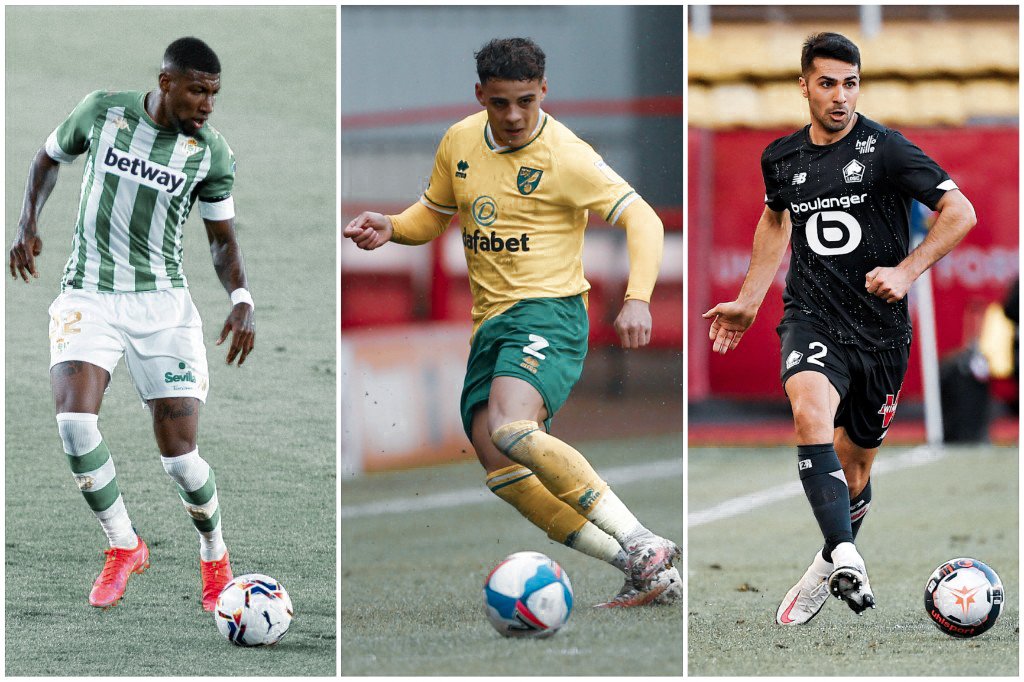 In March 2017, Sergi Roberto made his mark in Barcelona’s history. The Spaniard scored the sixth and final goal in a historic comeback against French champions Paris St. Germain – earning him plaudits from across the world.

At this point, the club offered him a contract lasting until 2022 – a contract that continues to run. Fast forward four years and Roberto stands at a stalemate with the club he grew up with. While the Blaugranas intend to implement a new policy wherein older players get smaller, one-year extensions, Roberto is looking to secure his long term future. The 29-year old intends to stay at Barcelona for long, but his demands are deemed unreasonable by the club, who consider the player to be a backup option at best.

The club is also vary of giving bumper contracts to players entering their twilight years. Roberto has served Barcelona well, appearing in 406 games for the club, but it seems to be the correct time to move on towards greener pastures given his recent displays. It is with this intention that we look at three players who can replace the multifaceted player.

Emerson was bought in a joint operation by Real Betis and Barcelona in January 2019. In the said deal, Barcelona acquired the right to buy the Brazilian for 6 million euros come the year 2021. In the two and a half years that Emerson has plied his trade in La Liga, the Brazilian right-back has been extremely impressive. He has established himself as one of the key players for Los Verdiblancos. This season, under the tutelage of Manuel Pellegrini, he has shown the same attacking ability he held the previous season while improving on the defensive side of his game.

In Ronald Koeman’s system, the fullbacks need to push up and present a creative ability in the final third. Emerson has consistently shown this very ability with Real Betis. Emerson averages two shot-creating actions per 90 and attempts 2.16 crosses per 90. Moreover, the right-back averages one key pass per 90 and completes 0.82 dribbles per 90. The numbers, therefore, accurately reflect his ability in the final third. With a better team around him, these numbers can only improve.

That doesn’t mean that Emerson lacks in the defensive phase of the game. The Brazilian reaches 2.80 tackles per 90, 1.74 of which lead to his team regaining possession. Additionally, his repertoire is boosted through 4.93 successful pressures per 90 and 2.06 interceptions per 90. These numbers reflect his ability in the defensive phase of the game and a significant improvement over Roberto, who equates a mere 0.62 interceptions, 2.07 successful pressures and 0.72 successful tackles per 90.

All things considered, Barcelona have a bird in hand when it comes to replacing Roberto and should seriously consider Emerson as an option.

Max Aarons has been highly rated for a couple of years now. The youngster represents an attacking option for Norwich and has done extremely well in this role. This has led to the right-back being linked to the biggest names in the game, including but not limited to Barcelona and Bayern Munich.

There is no doubt that under German manager Daniel Farke, Aarons has expanded his arsenal a lot. The right-back who is eligible to play for Jamaica is in the top three players in the championship for touches in the opposition box. Moreover, his pace and acceleration make him a threat while attacking 1 v 1 as well, not unlike Manchester City’s Kyle Walker. His pace also means he possesses an ability to make a recovery challenge in time if and when he’s caught out.

Aarons completes 84% of his passes on an average this season, which is commendable considering the attacking role he plays. Furthermore, he has completed 68% of his tackles triumphantly. He has started in an astonishing 43 games for Norwich this season, which is indicative of his incredible fitness levels as well as his importance to Farke’s Norwich.

While Aarons is often criticized for his lack of defensive quality, he is only 21 years old and has shown a constant strive to improve. Given a better setup at Barcelona, the youngster will be set up for a big future ahead of him. While Norwich has served well as a stepping stone for him, it is the correct time for him to make the move as well as Barcelona, who need a right-back who can compete with the likes of Dest.

If Roberto is sold in time, and to the right buyers, Barcelona will be easily able to raise more than enough money to fund the transfer of Aarons and then some.

In France, Lille lead the Ligue 1 table. A large share of the credit goes to manager Christopher Galtier who brought the best out of a young, up and coming squad and director Luis Campos for recruiting the right young personnel. One of these signings is the Turkish right back, Zeki Celik. Celik was scouted from the Turkish second division and made an instant impact as he helped Lille reach second place.

An attack-minded fullback, Celik would slot right in at Barcelona. The Turkish right back likes to stay wide and push high up the field, not unlike Barcelona’s own Sergino Dest. He likes to do his pressing high up the field and win the ball in the opposition third. This is reflected in his successful pressures – 2.3 of his 4.87 successful pressures are in the final third. Celik averages 1.81 shot-creating actions per 90 and 0.27 goal creating actions per 90, which is amongst the best in Ligue 1.

Defensively speaking, Celik has only kept improving. He likes to stick to the opposition winger and face them 1 vs 1, something he is good at. This season, Celik averages 1.42 tackles won per 90 and 1.06 interceptions per 90. Moreover, he is good at winning defensive duels as well. Overall, Celik represents a solid option. He was available for around €15 million, according to Gianluca di Marzio, which would be a bargain considering his abilities.

While Sergi Roberto has served well for Barcelona, it would be impractical for Barcelona to give in to his demands. While Roberto presents a good backup option, he is far from a starter in Barcelona’s current setup and should be treated as such.

If Roberto is unwilling to extend, the Blaugranes should look to move towards a younger right back who possesses the ability to present a long term option at right-back alongside Dest. After all, squad depth is key to competing in all competitions. Moreover, there is no dearth of quality in European football when it comes to young fullbacks – and Barcelona should look to take advantage of the same.