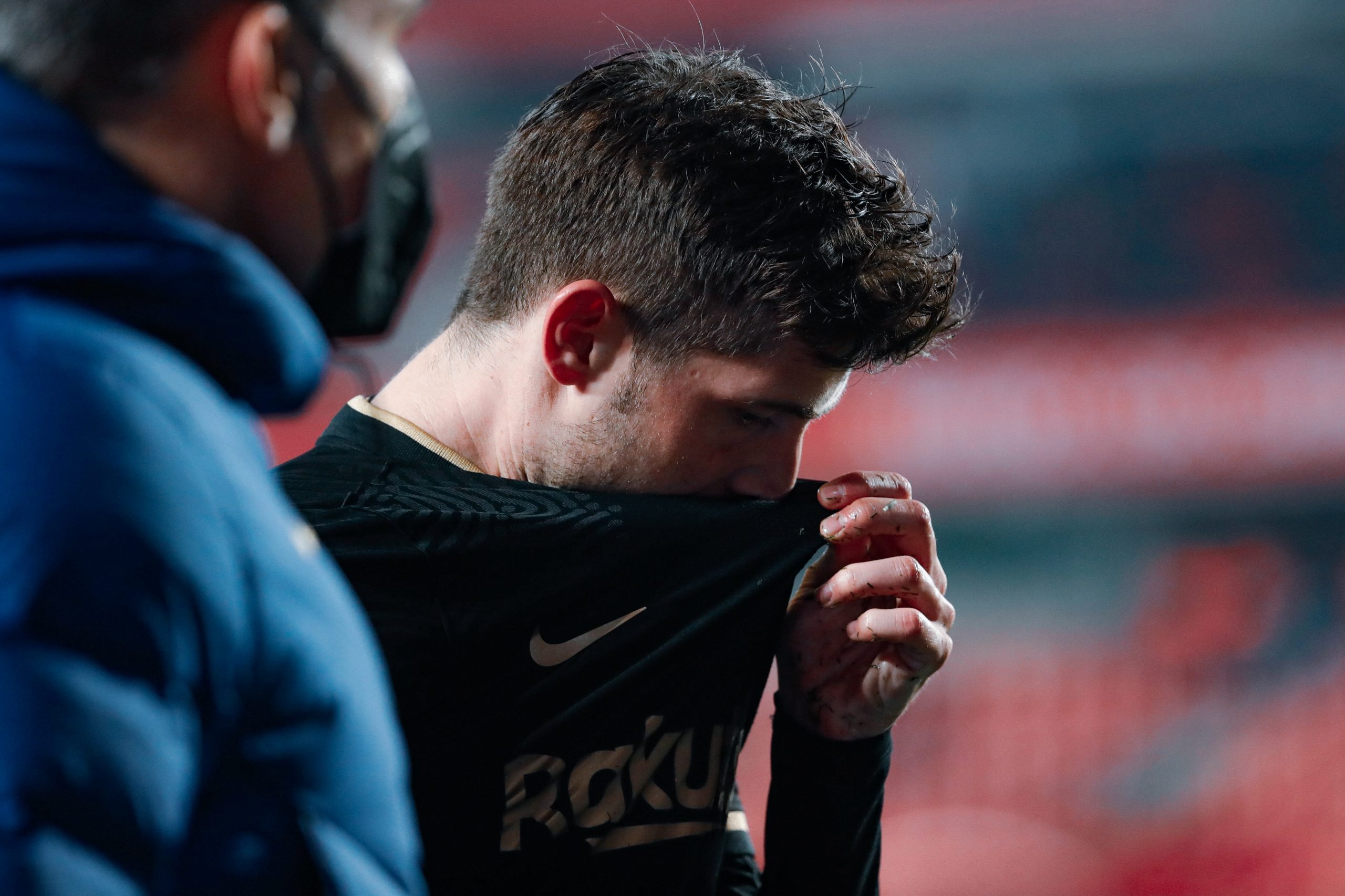 As we close in on the 2020/21 campaign, an exciting and potentially defining summer transfer window awaits. For FC Barcelona, Joan Laporta and his board have no shortage of tasks on their to-do list, from offloading surplus-to-requirement players, signing much-needed reinforcements, and renewing expiring contracts.

One of the most talked-about players heading into the summer is Sergi Roberto, who rose through the ranks of La Masía and has been at the club for 15 years. He has made a name for himself with his versatility, initially starting off as a midfielder but then being deployed mainly as a right-back. But Roberto, now 29-years old, finds himself and his boyhood club at a crossroads, with serious doubts about his place in the team. With his contract expiring next summer, renewal talks have reportedly stalled, and there are questions about where he fits in this new-look Barcelona.

His recent performances haven’t exactly turned heads – albeit he has had an injury-ridden season – and he does not fit as a wing-back in Ronald Koeman’s 3-5-2. Furthermore, his place in Barça’s jam-packed midfield is less secure, and with the potential arrival of right-back Emerson, Roberto could be on the list of expendable players, as many believe his time at the club is at an end. On the other hand, there are still plenty of arguments in favor of keeping a versatile squad-option.

Nonetheless, if the two parties fail to come to an agreement, Roberto may be on his way out in the summer. Concrete links with any club regarding the Spaniard’s departure have not surfaced yet, but there are plenty of clubs that could benefit from his arrival.

The “Old Lady” in need of fresh faces: Juventus

Juventus were officially denied the chance to lift their tenth consecutive Serie A title as Inter Milan secured first place over the weekend. It’s symbolic of the end of their dominance and reinstates the necessity to rebuild an ageing squad. However, their financial struggles are well-documented – could another swap deal with the Catalans be in play? As mentioned, no club has come out declaring interest for Roberto, but he would fit a need for the Old Lady.

Other than more quality in midfield, Juventus could desperately use an upgrade at right back. Starter Danilo hasn’t proven to be a world-beater, and right wing-back and winger Juan Cuadrado will be 33 by the end of May. Admittedly, the Brazillian and Colombian have combined for 15 goal contributions this season, but Roberto would still fit perfectly into Andrea Pirlo’s possession-based football.

If Pirlo opts for a four-person defense, Roberto would be right at home at full back. The 29-year old could be serviceable as a wing-back, too, although he is more adept to other positions such as central midfield, where Juventus need more quality. Consequently, he would be a useful squad option for the Turin-outfit, fulfilling a role as a utility player capable of playing all over the pitch.

The potential finances involved in the deal may be a concern for Juventus, but as shown last year when Barça swapped Arthur Melo for Miralem Pjanic, the two clubs have a history when it comes to circumventing the books.

Gunners in need of ammunition: Arsenal

Arsenal are currently sitting ninth in the Premier League and have been in a quasi-rebuild mode for the last few seasons. Their squad is composed of promising youngsters and ageing veterans on increasingly large deals, and they could use more quality players in the prime of their careers. Roberto, at 29-years old, would bring much-needed experience to a struggling side.

Arsenal’s long-time right back and ex-La Masía player Hector Bellerin looks set to leave this summer, with reports linking him to Paris Saint-Germain, leaving a starting spot ripe for the taking. Roberto would easily take over the starting spot at right-back and would provide more defensive stability than Bellerin while still being a threat in attack. Additionally, he could slot in as one of the double pivots in Arteta’s preferred 4-2-3-1 set up.

Simply put, his experience and composure would do wonders for the Gunners. He may not be a long-term solution at 29-years old, but there are not many reliable and consistent utility players (potentially) on the market right now. Like with Juventus, Arsenal are in dire straits financially, but the Spaniard would not command a hefty fee.

Champions League semi-finalists Paris Saint-Germain represent an intriguing prospect for Sergi Roberto. Financially, there are little-to-no concerns with regards to administering his signing. Footballing-wise, they need a right-back and more quality players to fit into Mauricio Pochettino’s top-heavy side.

PSG are headlined by big names like Neymar Jr., Mbappe, Marco Verratti, Angel Di Maria, Marquinhos, Presnel Kimpbembe, and Keylor Navas. Outside of their core players, however, the rest of the squad is a clear step below. They also lack quality options off the bench. Furthermore, current right-back Alessandro Florenzi, on loan from Roma, may not be in Paris come next season.

This is where Sergi Roberto comes in. He would be an undisputed starter at right-back and fills a need by replacing the outgoing Florenzi. Alternatively, he can play as a double pivot in Pochettino’s 4-2-3-1, providing stability in the midfield for the creative talents of Neymar or Verratti.

Although there could be hindrances to this deal, considering Arsenal right-back Hector Bellerin is a reported transfer target for the Parisiens as well. On the other hand, Roberto could still be an attractive option for the reigning Ligue One champions as he provides more versatility and would round out the squad a lot better. Bellerin’s injury proneness and Roberto’s multifaceted nature could even mean that having both Spaniards is beneficial for Pochettino’s side.

In all, Roberto could meet all of PSG’s footballing-related needs without having to dent their finances.