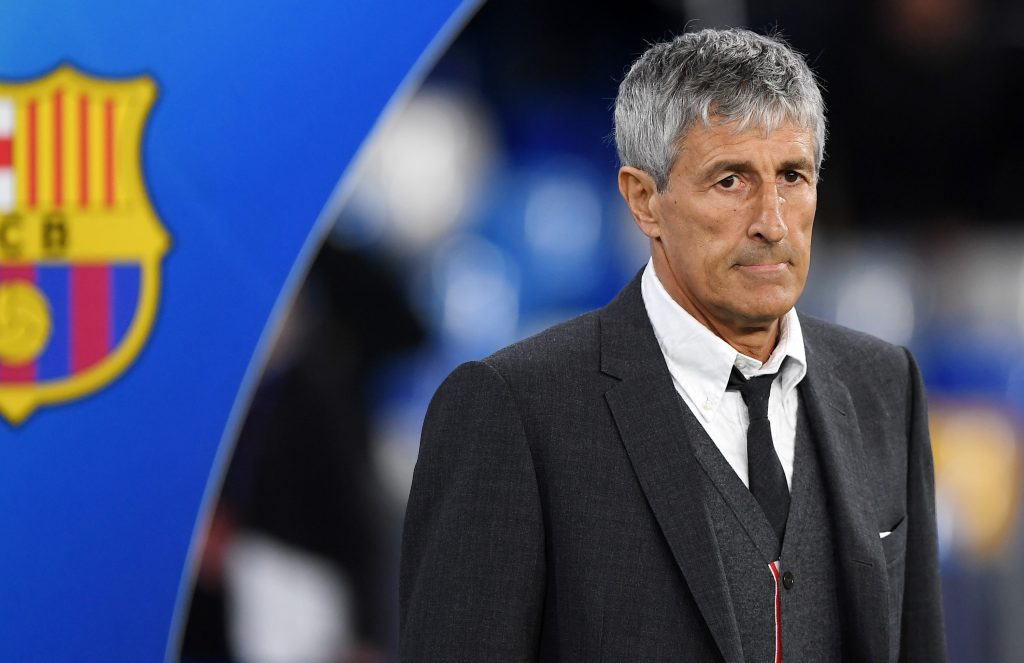 FC Barcelona won 1-0 against Espanyol in the Camp Nou today. After the victory, city rivals Espanyol will relegate to the second division. However, fans and the coach are not happy with Barça’s performance at all. Quique Setién spoke in the press conference following the win.

“We didn’t play well today. Espanyol closed spaces well and it was difficult for us to penetrate and score. The reality is that it was a very difficult game.”, said the Barcelona boss.

“We are doing what we are supposed to do, which is winning, Now we have to wait for Madrid. Anything can happen in the league. We didn’t play the way we did against Villarreal. We tried to find solutions to break up Espanyol’s defense, but they defended well and they closed spaces.”, Setién added.

“We have been looking for solutions for him since we arrived here.”