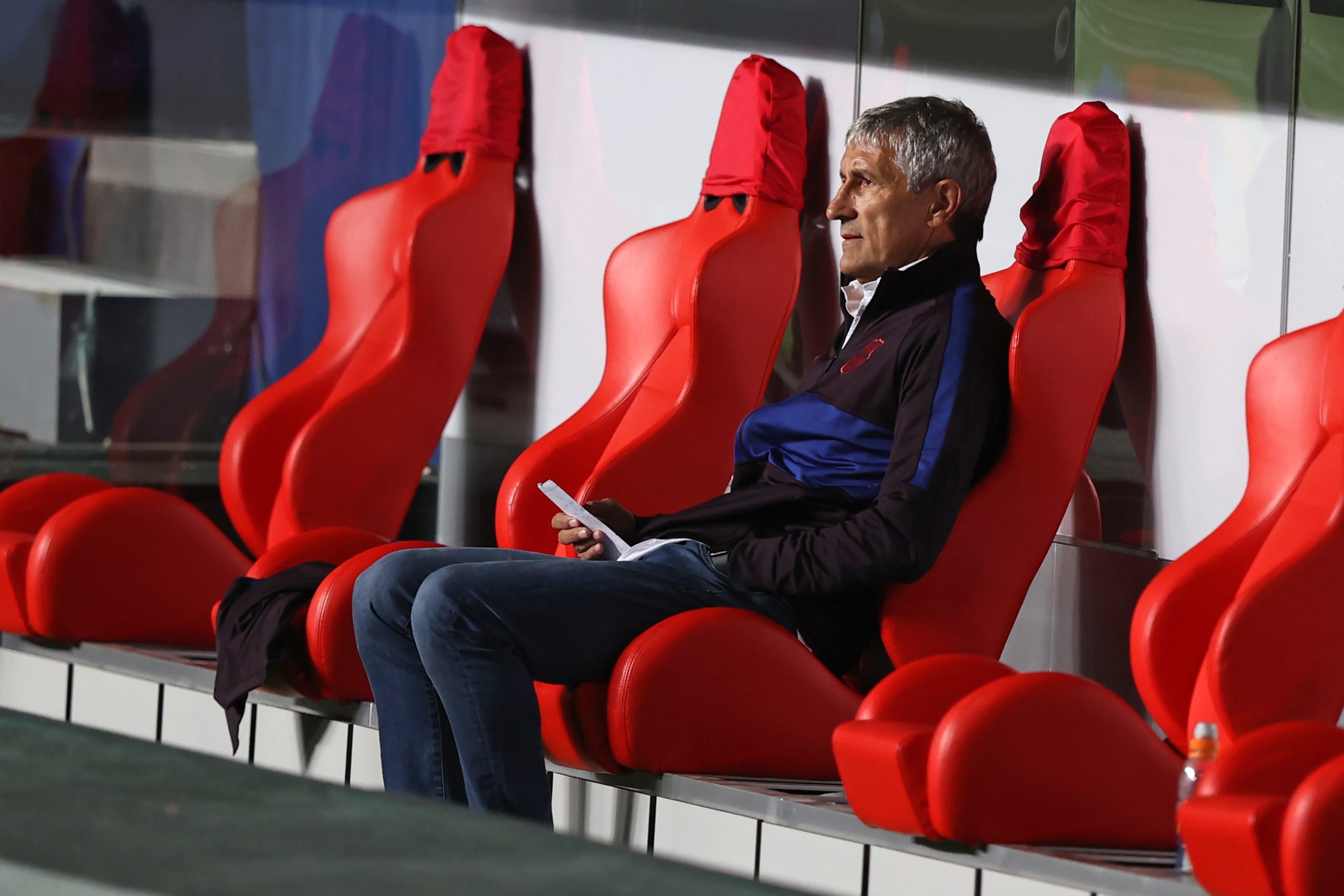 Speaking in an interview, former Barcelona manager Quique Setien has claimed that he is not surprised by the plight that the Catalans currently find themselves in.

The Blaugrana were eliminated from the UEFA Champions League at the group stages for the second time in a row. Xavi’s brigade have managed to win just one of their five matches in Europe this season and have been relegated to the Europa League yet again.

And Setien, who was appointed as the manager of Villarreal recently claims that he is not entirely surprised by the situation, stating that every club has to go through a period of transition.

“Barcelona have lived a great cycle and now they have to go through a period of hardship to get back on their feet again,” the new Villarreal manager said (h/t FCB World).

“I’m not surprised by Barcelona’s situation because I expected it,” he further added.

Sensationally, Setien even claimed that Barcelona were yet to pay him his due amount from his stint, stating:

“Barcelona have not yet paid the dues to me, I told them and gave them the full time, but they preferred to sign a child from Racing like Pablo and strengthen their team.”

Setien took over the reins of the club in early 2020, following the sacking of Ernesto Valverde. However, the former Real Betis head coach lasted just eight months in the role, with the 8-2 thrashing at the hands of Bayern Munich being the lowest point of his stint.

Talking about his time at the club, he added (h/t Onda Cero): “At Barcelona, I found great players that were stubborn to change. I wish I took over Barcelona in a different situation. But I knew that if I didn’t take the opportunity then, I’d never be able to manage them.”

On if he has any regrets from his time at Barcelona, Setien said: “What happened in Barcelona hasn’t left me with any consequences. I’m used to falling down and getting up.”

He was eventually replaced by Ronald Koeman ahead of the 2020/21 season. Setien has been quite outspoken about his time at Camp Nou and has also revealed that he did not always see eye to eye with former Barça captain Lionel Messi.

Opening up about Messi, Setien said: “Of Messi, I stay with the fact that he has been the footballer who has had me 14 years waiting for Barça to play to see him play.”