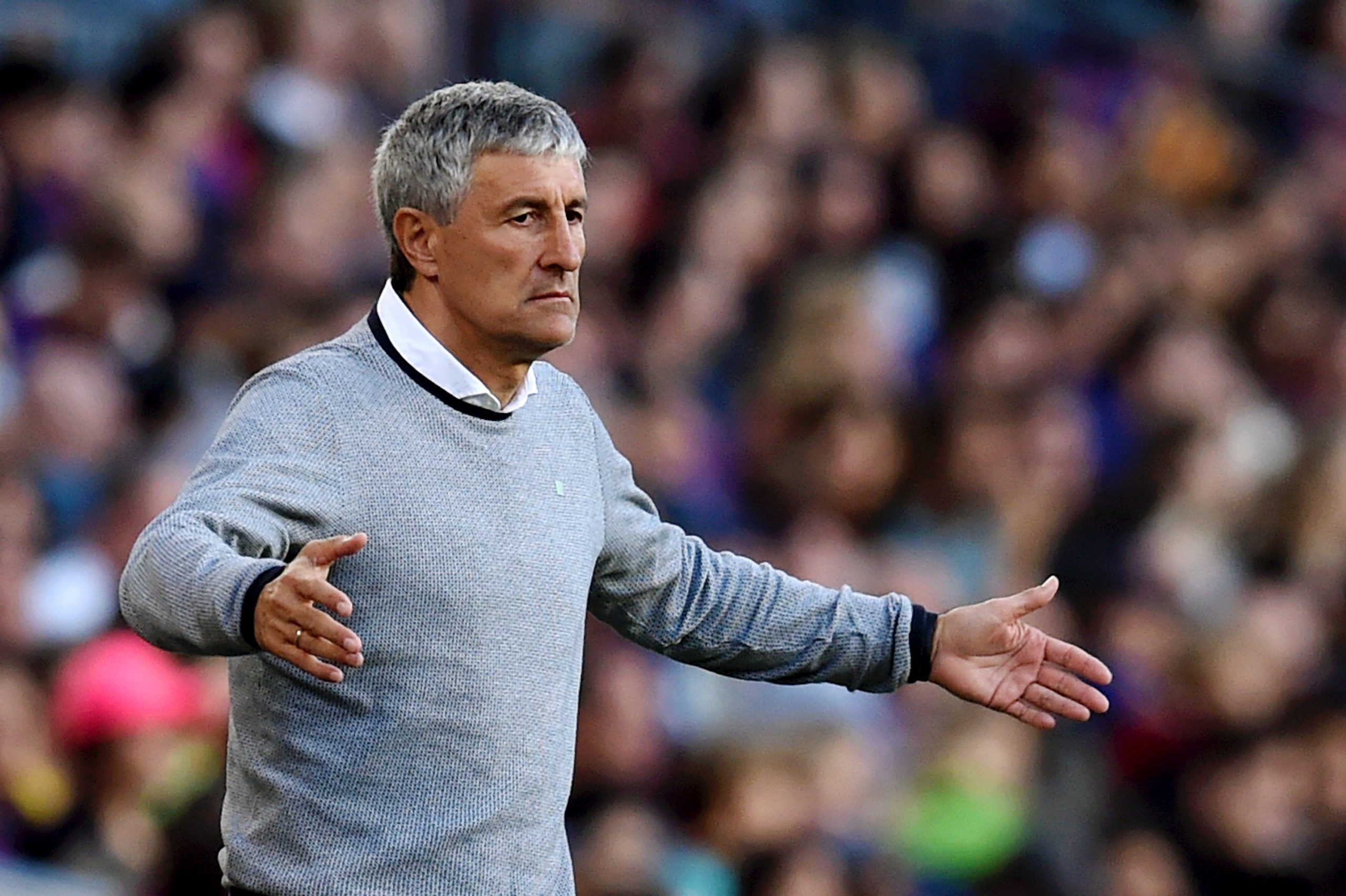 Many managers in the world dream of beating FC Barcelona in a competitive match, more so at Camp Nou. Over the years, the club has etched a reputation of being one of the best in the world and a thorn in the foot of opposition managers.

Very few managers can boast of having bested the Catalan club, and deservedly so. However, it is not as sweet when a former manager of the club flaunts it.

Earlier today, Quique Setien spoke at a conference with RFEF coaches organised by the Cantabrian Football Federation, where he made a statement that shocked fans of Barcelona.

“Beating Barcelona at the Camp Nou was the happiest day of my life”, he said, as quoted via Mundo Deportivo, referring to the 4-3 win he oversaw with Real Betis in 2018.

On that night, Los Verdiblancos were in complete control of proceedings from start to finish. At no point in the game did the visitors trail, and they comfortably beat Ernesto Valverde’s side.

Moreover, it is said that Setien’s position as Valverde’s successor was primarily attributed to that very result at Camp Nou.

A year later, Setien took charge as the manager of the Catalan side. His term at Barcelona was short-lived, for the humiliating 8-2 defeat saw the end of his tenure just eight months later.

Setien struggled to manage the veteran players in their dressing room and never got the team to follow his style. Unsurprisingly, he made another statement referring to the same as part of the same interview.

“I only ask one thing from every club that is interested in my services. I have my way of being and playing and If they want me, they must respect my proposal”.