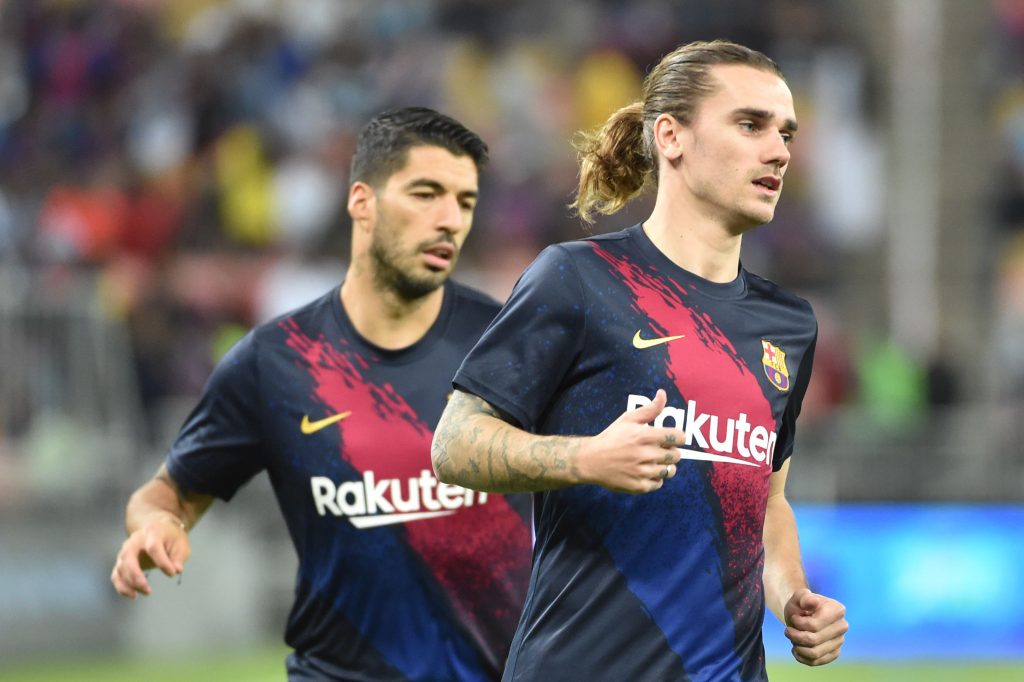 Luis Suárez spoke after the 1-0 Espanyol victory in La Liga round 35.

“We knew that match would be difficult with the position Espanyol were in. The important thing is to win the 3 points and continue the competition. Espanyol defended very well in their half. They played with five defenders, making it difficult for us to find spaces.”, said the Uruguayan.

When being asked about his team-mate Antoine Griezmann, Suarez explained that the Frenchman will always have the team’s support:

“We will always support and be there for Antoine Griezmann. It’s his first year at Barcelona, and that’s hard.”

Even though Griezmann has struggled during his Barcelona career so far, lately he has picked up and managed to show his quality. Statistically, Griezmann is doing no worse than former winger Neymar’s debut season at Barça, with currently 15 goals and 4 assists on his name in 45 games.

Suarez also got asked how he feels about becoming the club’s 3rd top-scorer of all times.

“I’m very happy and proud of becoming the club’s 3rd top scorer. I am lucky to have worn this Barça shirt.”, said the Uruguayan.

“The most important thing is that we got the three points. We will continue to fight in the competition. Our goal is to win all our upcoming games. We also have to wait for the league leader to drop points.”, added Suárez.