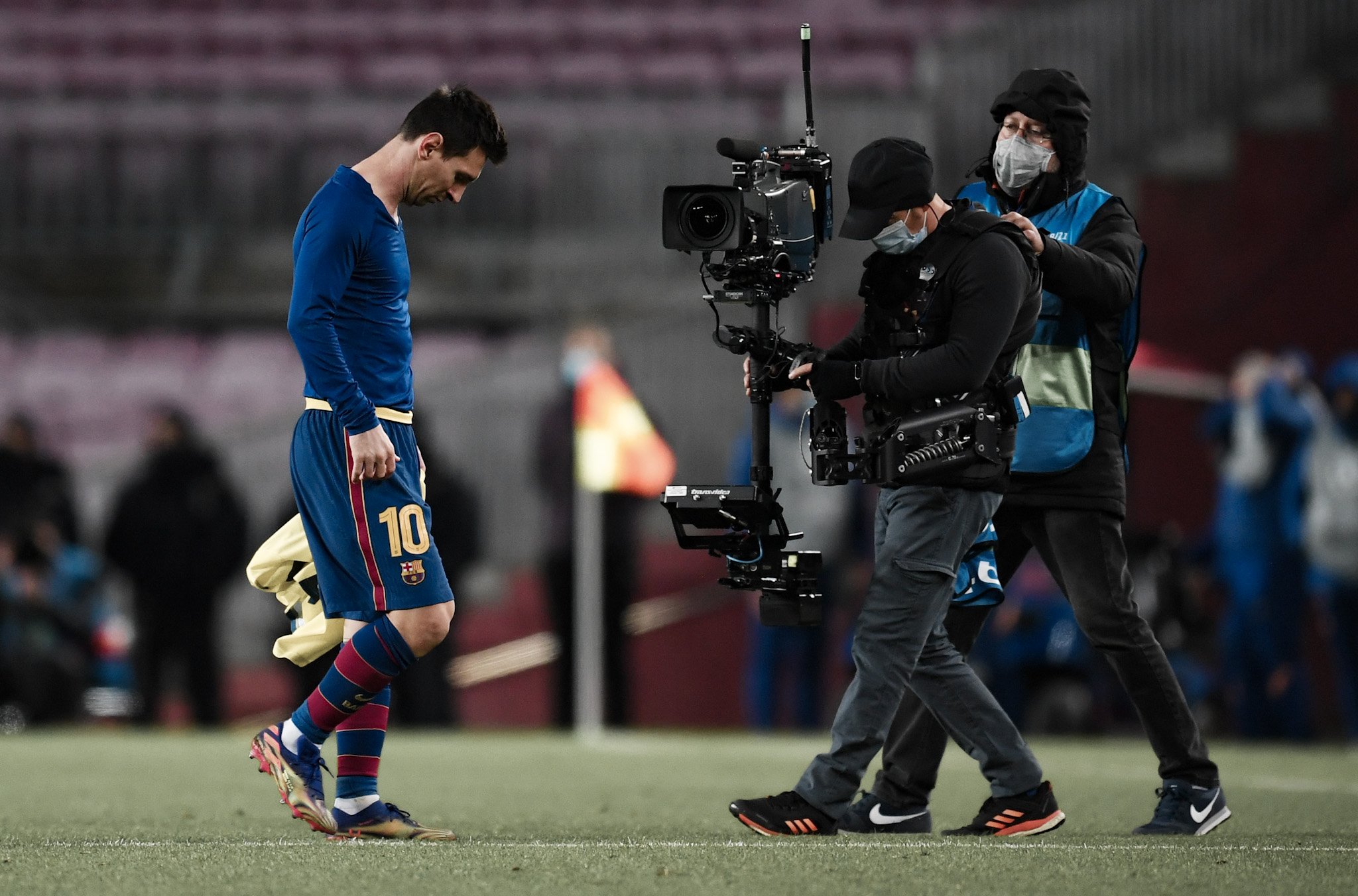 As Barcelona warmed up the Camp Nou to welcome top-of-the-league Real Sociedad, there was stale uncertainty in the air, something that has been escalating since the departure of Luis Enrique.

A team known for scintillating football, not backing down, wrecking the opposition had hit rock bottom, and it is becoming more visible than ever under Ronald Koeman.

The Dutchman took charge of the club after the losses against AS Roma and Liverpool, and the piledriver suffered at the hands of Bayern Munich. This was enough, rather a little too much for fans and players to handle, and within the first four games Koeman saw the best and worst of what Barcelona had to offer.

Koeman’s tenure started with two sensational wins against Villarreal and Celta Vigo as the Garnet and Blue hammered seven goals without reply in the two games. It did not serve as adequate motivation, though, as they failed to grasp the three points against Sevilla, befalling a 1-1 draw. The first two weeks flattered to deceive as the team, yet again, failed to come back and win from behind against a Sevilla side which looked like a far cry of their best version.

The international break could not come soon enough, but the joy of watching the team play for the first time in two weeks went crashing down as Barcelona lost to a solitary goal against Getafe.

A 5-1 win in the Champions League over Ferencvaros restored some faith in Blaugrana hearts. That belief was necessary, to say the least, as they got ready to host Real Madrid at the Camp Nou for the first El Clasico of the season.

The game ended in a storming disaster of the hosts, sadly, who were forced to kneel against Zinedine Zidane’s Galacticos. All they had to do was take the lead early on in the game, and what unfolded was almost too predictable. Dramatic, sure, but nothing Culés had never seen before.

It has been the same story for several years, now. The team no longer has the mentality to make up for its own shortcomings. If the forwards are unable to get a grip of the game early on, the defence is bound to slip up. And once it does, switching off the match is probably the correct decision.

There was a lot that changed against Sociedad, though. Koeman fielded five outfield players who were 23 or younger, which helped the Blaugranas go toe-to-toe with Sociedad’s dynamism, and grab the game by the scruff of its neck despite going behind in the 27th minute. Against the run of play, no less.

“It was our best half of the season,” said Koeman. But he has said this, or something similar thrice before, and each time the team has gone downhill.

The consecutive wins against Villarreal and Celta were followed up with four Liga games, on the bounce, without a win. An ill-starred loss against Atletico Madrid overshadowed a motivating result against Real Betis. 11 goals without reply against Dynamo Kyiv, Osasuna, and Ferencvaros met their fate with back-to-back eye-gouging defeats to Cadiz and Juventus.

Barcelona looked comfortable, and in control of the pitch against Levante as the individual brilliance of Lionel Messi and Ronald Araujo saved the team from embarrassment. It was followed by a sensational half against Real Sociedad which took no more than 15 minutes to turn into a heart-rending display as the defence held on for their dear lives, eventually pulling the three points out of the lion’s mouth.

Ronald Koeman’s Barcelona has clearly developed a pattern. The squad is unable to keep up their impressive performances for more than three games at a time, it seems, and even that is stretching it.

The 8-2 humbling at the hands of Bayern coupled with the rumours of Messi leaving had engraved the writing on the wall for Barcelona this season, and it would be immature to let a good 45 minutes fool us. This car-crash of a season is not going to get any better; another season of disappointment awaits.