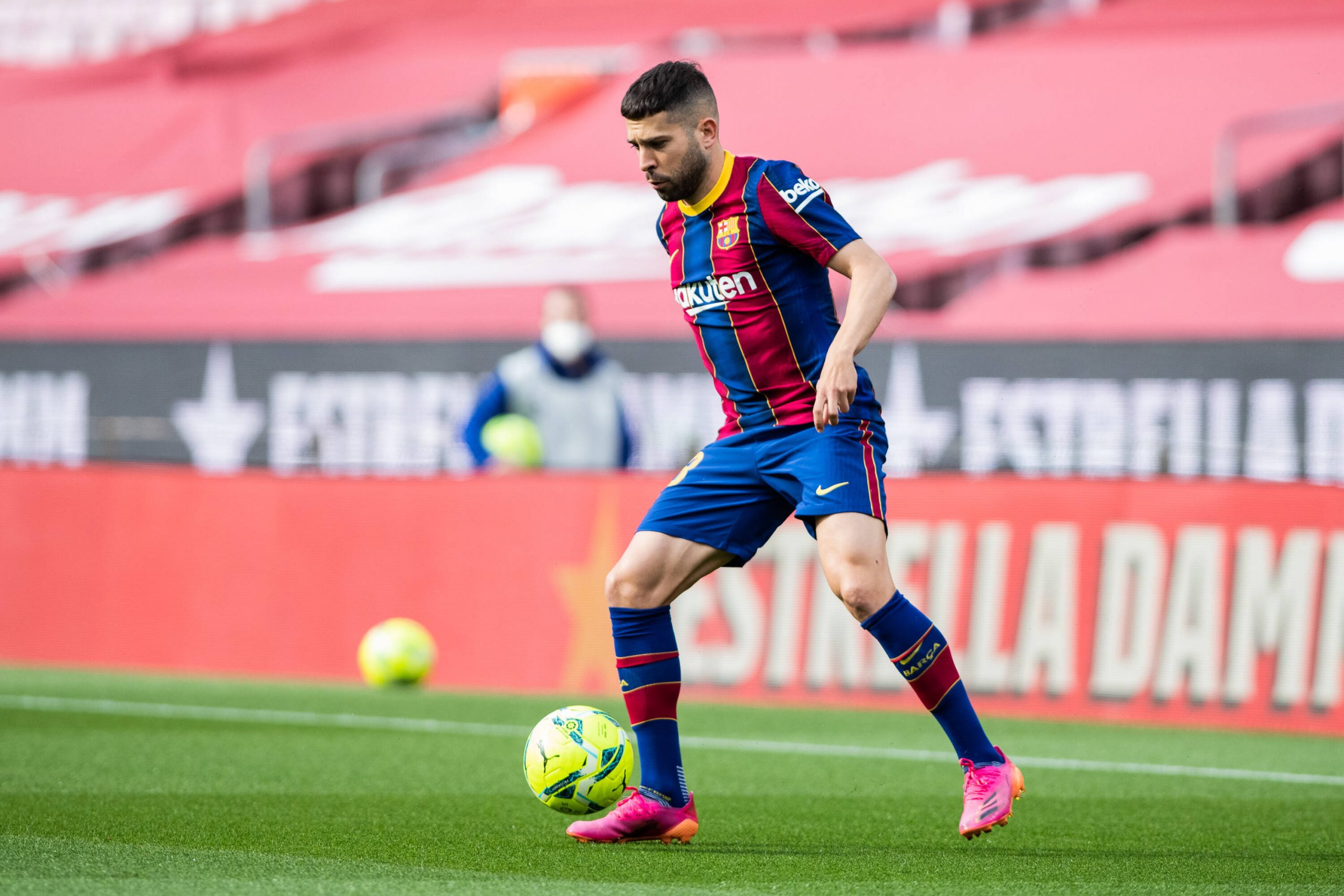 Barcelona’s summer overhaul under Joan Laporta is in full flow. Tasked with reversing a frightening economic crisis, as well as building a competitive squad for the season to follow, things have not been easy. But the club has been making major moves.

Aside from the major signings in the transfer window, including Memphis Depay, Sergio Aguero, Eric Garcia and Emerson Royal, with more reported to follow, the president has also been working on major issues like Lionel Messi’s contract renewal, alongside easing the financial burden on the club.

One of the key aspects of this overhaul will be to renegotiate the contracts of some of the veterans in the squad. Having underperformed on a massive wage in the past few years, salary deductions will be key to curb Barcelona’s overflowing wage bill.

Alongside Gerard Pique and Sergio Busquets, Jordi Alba is one such veteran who will have to renegotiate his salary. But as of now, it is unknown how the dealings will proceed and whether the player will be open to the idea. Alba has divided opinions massively over the past seasons, with world-class performances followed by some utterly dreadful ones.

Now according to reports from SPORT, the left-back is reportedly on Inter Milan’s radar, seeing an opportunity as Barcelona plot their revamp. The Italian champions have already tried to sign Junior Firpo in the past, but the deal did not go through.

Now, as their left-backs Ashley Young and Aleksander Kolarov get on even more at 36 and 35, they are looking for a reinforcement. And while Alba is also 32, the Nerazzuri may be able to get hands on him for cheap. The Spaniard will not be easy to acquire, however, as he is one of Barcelona’s key players and they do not have depth in the left-back position.

The Blaugrana are also in the market for a left-back, but there are no developments on that front yet. Bound by stringent finances, the report suggests that Barcelona could get a number of players in return for Alba. Which players and in what position will be key, otherwise the Catalans will have to demand money if they let Alba go, so they can enter the market for a replacement.