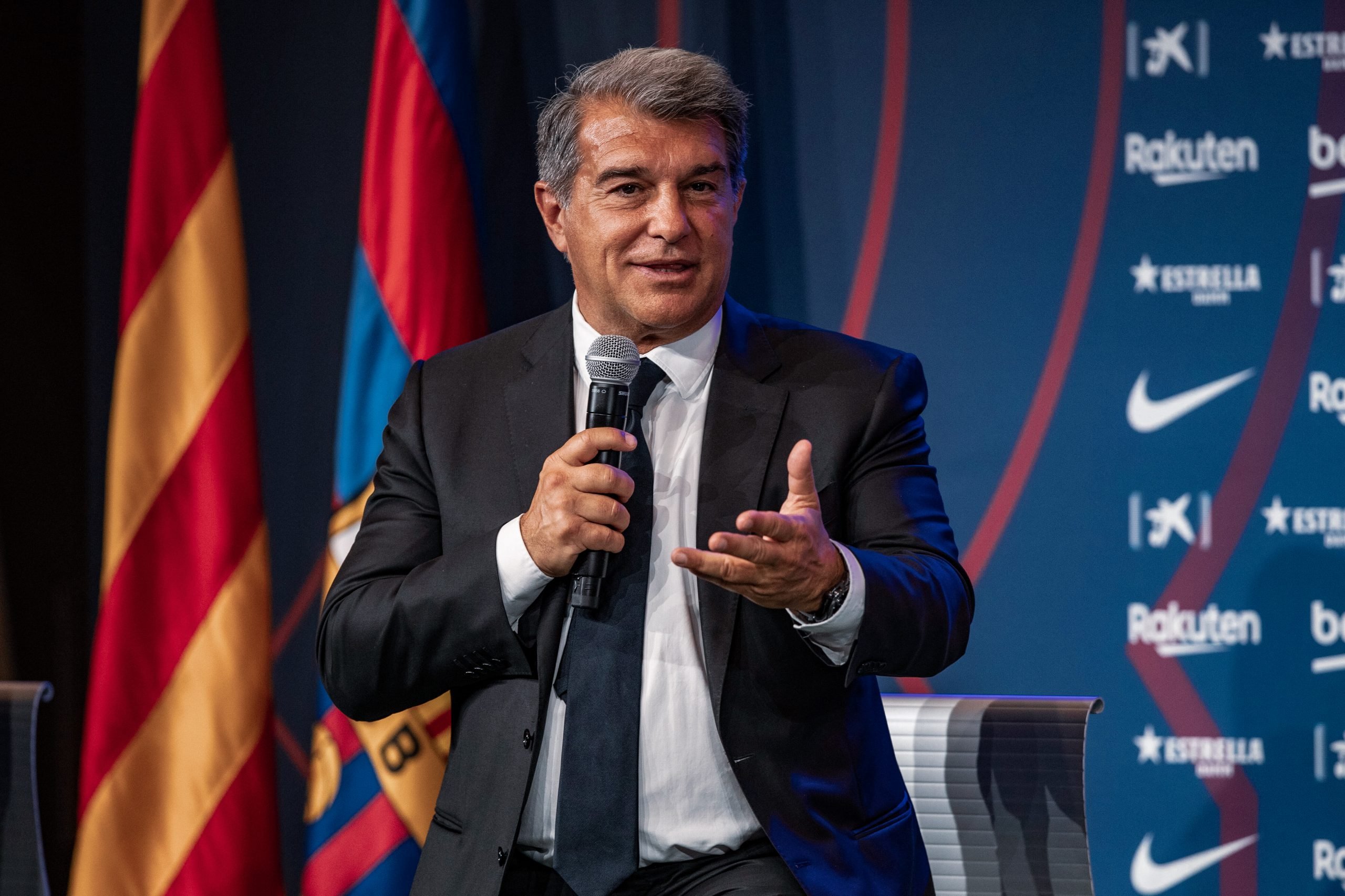 The fresh figure of Joan Laporta drove Barcelona’s carriage into the transfer window with empty pockets. Then, after a period of incomprehensible spending, the Catalans were back in the market for more. Given the financial tightrope the club was treading, many expected them to have a silent window shopping this time around.

Indeed, Barcelona do not have many resources to work with. Joan Laporta, however, promised a rebuild, and how he has handled the transfer window must be appreciated. Walking into the supermarket with pockets empty, the president has come back out with a bountiful hamper. Barcelona has confirmed four signings for a total of just nine million euros. To put that into perspective, it is just 1/6th of the fee the Catalans shelled out last summer for Miralem Pjanic; a player benched all season.

And for the fee, not only has Laporta filled up some of the gaping holes in the side but also reinforced the bench. Here is a look at the transfers Barcelona have sealed under their new president.

On the 31st of May, the Blaugranas confirmed their first signing of the season. It was the Premier League Legend and Lionel Messi’s partner in crime for Argentina, Sergio Aguero. Kun signed for the Catalans on a free transfer following the termination of his contract at Manchester City. Moreover, he took a large pay cut to play at Barcelona.

The mismanaged departure of Luis Suarez saw Barcelona gravely miss the presence of an instinctive finisher in the box. While the forward line held the fort and continued to deliver, they lacked that cutting edge. With Aguero, Barcelona get an experienced and proven addition to their attack.

Though he might not start games, his cameo’s off the bench will prove invaluable. In addition, Kun’s presence adds an element of cushion for the team and the manager alike, providing them with something to lean back on. And all that on a free transfer with a massive pay-cut seals off the perfect value for money addition.

A day after Aguero’s presentation, another Manchester City player completed his move to Spain. Moreover, it was another free transfer for the books, meaning the Catalans had two quality signings without shelling out any money. The saga of Eric Garcia to Barcelona has been going on forever. Finally, after more than a year of speculation, the La Masia graduate’s move back home was official.

Ronald Koeman’s side has had its defensive deficiencies exposed and exploited for a while now. While Samuel Umtiti’s recurring injury makes him a liability, the quickly ageing Gerard Pique doesn’t offer much respite either. Adding Clement Lenglet’s steep fall to that, there are few reliable options in defence.

On a free transfer, Laporta not only brought in a defender who is highly rated but also one who knows Barcelona’s system inside out. There is little doubt that Eric Garcia will add stability to Barcelona’s Achilles heel. In an ideal situation, one could hope this free transfer ends up as Barcelona’s first-choice centre-back for the next decade.

The week of transfers concluded with Emerson Royal’s highly anticipated move to Barcelona. The Brazilian right-back was bought by Barcelona and Real Betis in a joint venture two years ago. The Atletico Mineiro man would play in Seville for two years, at the end of which the Azulgranas would have an option to sign him for a fixed fee of nine million euros.

During his two year spell at Betis, Emerson became a pivotal part of the squad. He was the undisputed starter at the right-back, and his defensive resilience and attacking flair gained him call-ups to represent the national team. Joan Laporta activated the said clause to bring the Brazilian to Camp Nou for the stipulated 9 million.

Many consider the fullback as one of the key players in Barcelona’s near future, as they aspire to complete a revolution and get back to the very top of the footballing pyramid.

The move sees Sergino Dest under more direct competition. As a result, Barcelona now has two young right-backs fighting for a starting spot. Concurrently, they hope to make some money off the sale of Sergi Roberto and bring in much-needed funds. The 29-year old’s days at Barcelona have been numbered for quite a while now, and this move could be just the catalyst to help him move on.

The 22-year old’s dream move has brought along a ton of excitement to the Claret and Blue faithful. Ever since Dani Alves’ departure, nobody has been worthy enough to fill the massive void left by the legendary Brazilian. Suddenly, however, Barcelona find themselves with two very exciting players in that very position.

On the 19th of June, Barcelona finally announced the Memphis Depay as the fourth reinforcement of the window. The Dutchman was secured on a free transfer from Olympique Lyonnais, adding even more firepower to the stacked Barcelona frontline.

The 27-year old is potentially a solution for a multitude of Barcelona’s problems. Their lack of vertical penetration due to not having a striker, failure to finish easy chances and laying all the creative burden on Lionel Messi are all issues that Depay can solve in at least some capacity. All the skills required to pose an all-around attacking threat fall right into the newcomer’s wheelhouse.

With 20 goals and 12 assists in his last campaign, Depay comes to Barcelona in magical form. He has been the difference-maker for the Dutch National team, too, in recent months. Having prior experience working with Ronald Koeman, one would expect his incorporation into the side to be easy. Moreover, his signing means Barcelona can potentially look to ship out one of Antoine Greizmann or Ousmane Dembele for funds.

With three world-class players signing on free transfers, the Catalan Kings could not have hoped for a better transfer window. Add to that the signing of Emerson Royal for a meagre nine million- it is nothing short of genius business.

Joan Laporta has brought in four quality players for nearly no fee. Despite the tight budget, the rebuild has surely begun. No doubt, a few of these signings are short term investments. However, given the situation at hand, this is the best Barcelona could hope for. The president has also hinted that there could be up to four more signings in the window, and one can expect some more similar steals among them. For now, the focus shifts to departures, which are essential to reduce the wage bill.