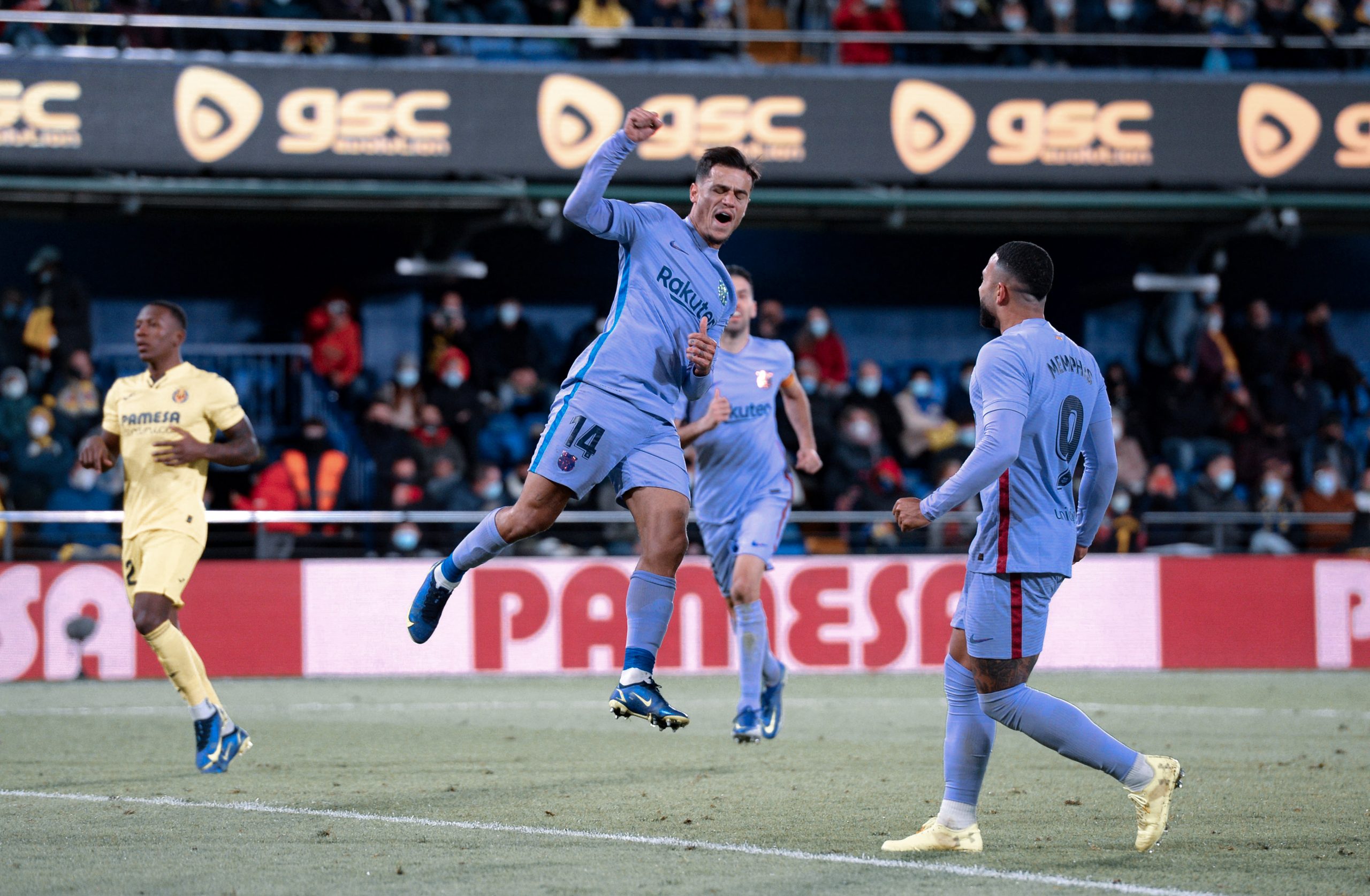 It is probably too early in Xavi’s tenure as Barcelona coach right now to make conclusions about what is happening or what might happen. Joining mid-season without a preseason at hand, or a chance to sign players he wants, the Spaniard is bound to experiment with the squad at hand.

As Barça visited the Eastern side of the country to take on Villarreal, Xavi continued to make changes to his team. Changes that did not, in any way, pay off during the game.

The visitors were blindsided way too often on the wings, with the likes of Alfonso Pedraza finding a route through.

The idea to sacrifice a high press in order to facilitate Eric Garcia’s job at right-back was, in hindsight, a horrible plan. It reduced the attackers’ influence in the game and allowed Unai Emery’s men to overload the left flank.

While one hopes that Xavi can learn from this, it does not allow leniency for the players, most of whom had an underwhelming outing. Nevertheless, after a 1-3 away win, Barça Universal runs the rule over those in mauve.

Much more intent from ter Stegen today, who was not afraid to step out of his lines to clear loose balls. Made an excellent 1v1 save and created several chances to score with pinpoint accuracy. Man of the match showing, hopefully, more to come.

Garcia, on the contrary, was, without doubt, the worst player on the pitch. Playing at right-back in a rather unorthodox role, he often left acres of space behind him and forced Ez Abde to cover for him time and again.

He almost gave away a penalty in the second half by bringing down Raul Albiol in the box during a corner, as well. Villarreal could have scored nearly four goals only through Eric’s mistakes. Luckily for him, it was not to be.

Araujo was left picking up the pieces for Eric’s mistakes way too often in this game. One of which nearly injured him. He managed a game-high four tackles but was caught out of position for Samuel Chukwueze’s goal.

The game started well for Pique, who made a possibly goal-saving block after a mistake from Eric. He also stepped out several times to intercept Villarreal’s attack but was particularly at fault for the equaliser, giving Arnaut Danjuma too much space.

Alba has not quite been as high-flying as one would have hoped under Xavi’s tenure. His average position is much lower, which has reduced his overall impact. Alba did a reasonably decent job cutting passing lanes in the defence but was a liability going forward.

Tried an unnecessary volley from a cleared corner when he had all the time and space in the world to cross the ball. Back to back underwhelming games from the Spaniard earn him a 6.

To everyone’s delight, Frenkie de Jong is back on the scoresheet and enjoyed a fairly impressive game to go with it. The Dutchman created three goalscoring chances, including a superb pass to Memphis Depay, who botched it.

That said, he was not as involved in the build-ups as he usually is, ending the night with only 24 passes. Also, ran into traffic several times during the second half, trying to play the ball out of 1v3 scenarios.

A diminished performance from Busquets, who simply did not enjoy as much time on the ball as he would have liked. Should have been subbed off for a more attack-minded player.

While Nico has already made a reputation as this robust and quick midfielder who is incredibly technical, yesterday’s midfield battle was just a bit too fast-paced for him. He was often found in the wrong place at the right time. Could not touch Etienne Capoue with a six-foot pole.

Abde certainly came into this game with intent, ready to impress fans and Xavi alike. He ran at Pedraza and Pau Torres every chance he got and spun the former thrice. Came close to scoring with a superb header, which was put away by Geronimo Rulli.

As the game went on, the 19-year-old’s time on the ball kept reducing. He did, however, put in a solid shift defensively as well, making three tackles and interceptions each. Signs of good things to come.

The Benfica clash was a disaster for Memphis, who was criticised for his poor decision making in front of goal. Yesterday was essentially the same as he missed two chances, including the easiest of 1v1s early in the game.

He rescued his night with a match-winning goal late on but showed glimpses of poor decision making during that particular move as well.

Juan Foyth and Yeremi Pino extensively neutralised any threat that Gavi would have posed yesterday. Apart from hitting the woodwork on one occasion, the teenager could not do much. Was defensively astute in the first half but should have been subbed off for Yusuf Demir.

Dembele had 30 minutes to make a difference but could not do enough as most of the game continued to flow Villarreal’s way. Should help his recovery process, though.

Deployed at left-back, Mingueza was visibly vulnerable during his cameo. Villarreal took advantage of his confusion twice and could have very well taken the lead.

Who would have thought, eh? Coutinho was subbed in with the scores level, and immediately made a difference. Dragged Foyth and Albiol out of position multiple times for Memphis, before eventually winning a penalty, which he converted himself. Attempted a bicycle kick late on, which missed the goal by inches. Should serve as a confidence boost.